There have been a number of incidents in recent days in which mortars, rockets and even a fighter plane from warring factions of the brutal civil war in Syria have strayed into the Golan and the Galil. In some of the cases Israel’s missile defense systems were activated and sirens sounded. When that happens, no matter what you’re in the midst of, you stop and get to your closest bomb shelter. Up here we’re relatively close to the border with Syria and Lebanon and the estimate is we have fifteen seconds to find shelter.  At this point the situation here is not nearly as dangerous and disruptive as what the residents of Israeli communities near Gaza have been going through for many months.  There the threat of rockets, mortars, incendiary devices and sniper fire from Gaza is so continual and so close that there isn’t even time for a siren. Rather, the warning is a spoken announcement over a loudspeaker: “red alert, red alert.” Words can be recognized right away, but it takes a few extra and precious seconds for people to discern that a wailing sound is a warning siren. Here, when the coast is clear the Municipality of Tzfat sends a message over Facebook:  “ממשיכם בשיגרה מלאה – continue with full routine.” For the time being, we have the luxury of taking these interruptions in stride, but it still makes you appreciate the simple pleasure of “full routine.”

So we can also appreciate the response of Bnei Yisrael to the event of Matan Torah as recounted in this week’s parashah. Moshe describes both the overwhelming experience of hearing the Ten Commandments spoken by God Himself and the people’s reaction:

These words HaShem spoke to your entire congregation on the mountain, from the midst of the fire, the cloud and the darkness, a great voice that did not cease, and He wrote them on two tablets of stone and gave them to me. And when you heard the voice from the midst of the darkness and the mountain was burning with fire, you approached me, all the heads of your tribes and your elders. And you said: behold we have seen HaShem our God, His glory and His greatness, and His voice we have heard from the midst of the fire – this day we have seen that God can speak to man and he can live. But now, why should we die, for this great fire will consume us, if we continue to hear the voice of HaShem our God any more we will die. For what fleshly person can hear the voice of the Living God speaking from the midst of the fire as we have and live? You draw close and listen to all that HaShem our God shall say, and you speak to us all that HaShem our God speaks to you and we will hear and we will do. And HaShem heard the voice of your words as you spoke to me and HaShem said to me “I have heard the voice of the speech of this nation which they have spoken to you – everything they have said is good. Would that it were that their hearts were always this way for them, to fear Me and observe all My mitzvot all the days, that it be well for them and for their children forever. Go, tell them ‘return to your tents. (Dt. 5:19-27)’”

Several commentators wonder how it could be that Am Yisrael would want to pass up the opportunity to hear God speaking directly to them, however overwhelming, and prefer to have Moshe do the listening and relay it to them?  But Rabbi Yaakov Tzvi Mecklenberg takes seriously God’s commendation of the people’s suggestion. He notes, first, that there’s a difference between hearing words and understanding the meaning — signified in the difference between the Hebrew words speaking (dibbur) and saying (Amirah), a distinction that doesn’t come across in English:

Regarding Moshe [the people] use the term saying, but for themselves the term speaking. The difference between speaking and saying is that speaking is the external physical aspect, speech is the simple word, while saying is the spiritual aspect of the speech, the intended intent. So in all instances it says “and HaShem spoke to Moshe saying…” for the speech is the simple aspect, while to say is to explain so that they understand. Behold, Moshe, according to his great level, immediately when the speech comes to him he understands its content. But Israel did not understand the speech itself until Moshe explained it to them. Therefore they said to him “you draw near and listen to what He will say,” since you understand the speech of the Supernal, but we at this time are on a small level. So you speak to us the words in their plain sense, and even if we don’t understand them in their depth and proper intent, even so, even if we don’t hear the reasons for the Torah and the mitzvot we will hear them and do them… (Ha-Ketav ve-ha-Kabbalah)

Rabbi Mecklenberg distinguishes between hearing words and really understanding the intended meaning. It’s a difference that is easier to grasp when you’re in the process of learning a language. As much as we’re familiar with written Hebrew, I have to admit I’ve still got a ways to go to understand Israelis speaking at speed, especially when they mumble, which is the customary way of speaking around here. If you try to understand just by listening to word after word and translating the words one by one in your head you’ll never get it. When we understand fluently, we hear in whole phrases and have an almost empathic and telepathic sense of what the other person is saying. It’s the difference between trying to play a piece of music note by note, and letting the music sing by bar and phrase.

At the revelation of Torah at Sinai, Am Yisrael was just learning how to listen to Divine speech, a new language for them, and they’re honest about what an overwhelming experience it was for them,  taking them to the very limits of their strength and sanity. In preferring to steer clear of the drama and excitement, the sound and light show of revelation, Am Yisrael here are not shirking their responsibilities, they’re only trying to normalize their practice of Torah and mitzvot and bring it into the familiar dimensions of their lives, and HaShem appreciates this. The spiritual depth of this process is explained by Rabbi Shalom Noach Berzovsky, z”l, the late Slonimer Rebbe, in his commentary on the verse in the parashah:

You who adhere to HaShem your God are alive all of you this day.

According to the Slonimer Rebbe, the principle of devekut, adherence in the sense of constant consciousness of God, is the essential goal of all of Torah and mitzvot. This adherence proceeds in stages. In a thought-provoking reversal of expectations, he says that the lowest level is adherence of mind, through understanding of the intellect. A deeper level is adherence of the heart, an emotional internalization of our feeling of God’s presence that permeates our lives. Deeper still is adherence of the body, that our God consciousness infuses not just mind and heart but every limb and dimension of our physical embodiment. In this fully-realized state of being every aspect of our existence, even every movement of our bodies, expresses divine will and awareness.  The goal of a life of Torah and mitzvot is not to elevate us above this world but to bring spiritual awareness into this world, down through mind and heart consciousness into body consciousness, through and through.

This is also Maimonides’ vision of the ultimate fulfillment of the messianic age. Rejecting speculations that envision a miraculous supernatural existence, he follows the Amora Shmuel’s opinion in the Gemara Sanhedrin that “there is no difference between this world and the days of the Mashiach except the subjugation of exile,” that is, that the messianic era is entirely natural, differing from our time only in that there will be peace and brother-and-sisterhood among all humanity (Sanh. 91b), enabling us all to engage together in spiritual growth:

The Sages and Prophets did not long for the days of the Mashiach in order to rule over the whole world, or to be exalted by the nations, or to eat and drink and rejoice, rather in order that they be free to engage in Torah and its wisdom, and that there will be no one to oppress or nullify… And in that time there will be neither famine nor war, neither jealousy or competitive struggle, and goodness will flow abundantly, and all delicacies will be available like dust, and the engagement of the whole world will be in nothing other than to know HaShem. Therefore Israel will be great sages, knowing the hidden things, and they shall grasp knowledge of their Creator according to human capacity, as it says “for the whole earth shall be filled with the knowledge of God like water covers the sea (Is. 11:9).”

What a magnificent metaphor from the prophet Isaiah – “like water covers the sea.” He envisions the total suffusion and integration of God consciousness in our everyday lives. This is what Am Yisrael are asking for – to return to their tents, to “continue with the full routine” of their lives, but fully transformed. Surrounded by the violence that is endemic to the other nations of the Middle East, it seems like this vision of ultimate human enlightenment is still a long way off. But it helps to have a vision of the goal, and to appreciate the times, even in our world, where we can integrate some awareness of God into our normal, daily lives. 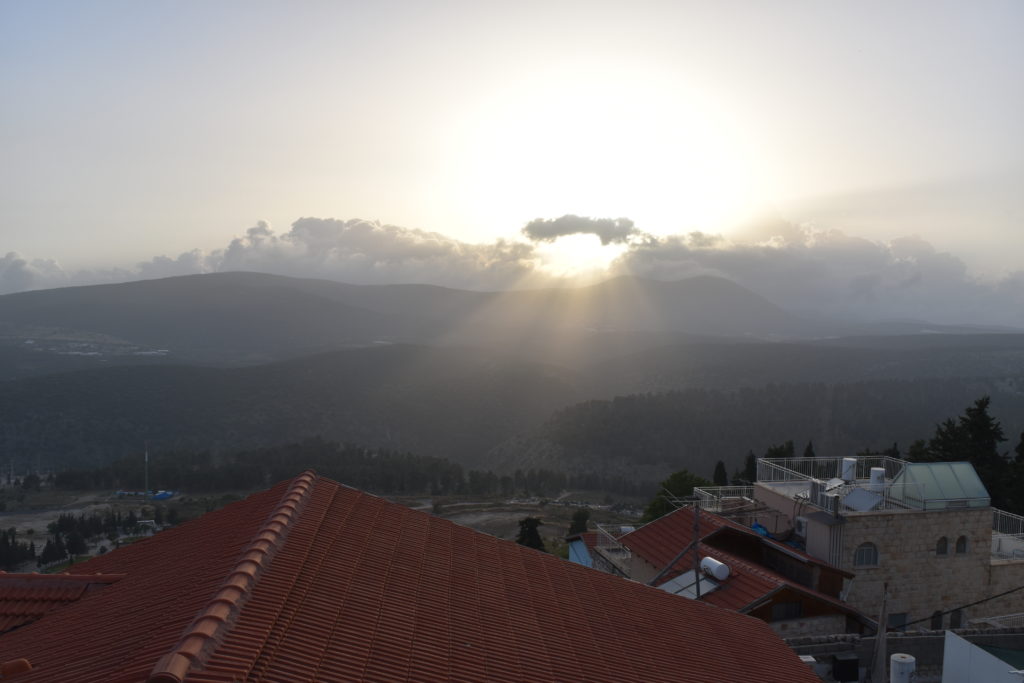 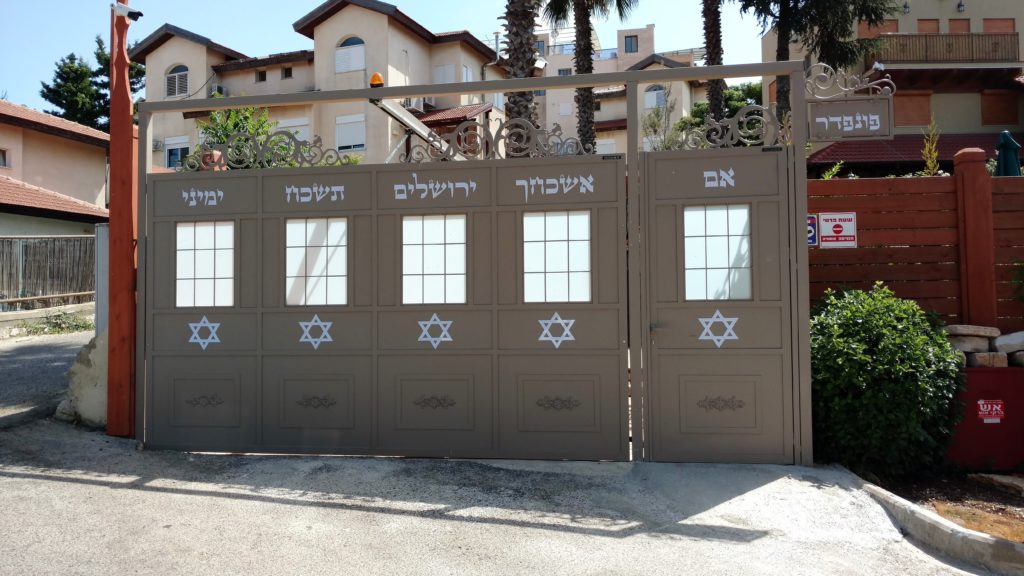 “If I forget thee, Jerusalem, may my right hand forget (its skill)”