Parashat Acharei Mot Kedoshim – After the Death of Holy Ones – 5777

Zion, won’t you ask after the peace of your prisoners

Those who seek your peace, the remnant of your flock?

From west and east, from north and south, greetings of peace

Of the far and near accept from all your sides,

And peace of this prisoner of desire, who sheds his tears like dew

Of the Hermon and longs to have them fall upon your mountains.

Looking out the window onto a sun-drenched courtyard under a bright blue morning sky among the mountains of the Galil, immersed in Rabbi Yehudah Halevi’s heart-breaking, heart-healing poem of longing for “Zion” –  I add my greeting of peace to the far and the near, to Rabbi Yehudah Halevi himself.

Halevi takes us on a vivid dream journey to the Land of Israel, elegantly weaving phrases from Tana”kh into his sublime geography of the spirit. But he doesn’t just weave. For instance, referring to himself as “this prisoner of desire,” he is paraphrasing the prophet Zekhariah 9:12:

Return to the stronghold you prisoners of hope – even today I will restore to you a double promise.

“Prisoners of hope” is already a richly ironic phrase in Zekhariah’s uplifting prophecy of redemption for a struggling nation seeking peace. Why does Halevi allude to Zekhariah’s expression yet change it to “prisoner of desire?” What is Halevi telling us here?

This week we experienced Yom HaZikkaron and Yom HaAtzmaut for our first time as Olim, and these two days together are powerfully moving. In small-town Tzfat, Yom HaZikkaron is taken very seriously and personally. We joined a town-wide gathering at the cultural center for a commemoration at night, standing room only, with moving words of remembrance and charmingly unpolished children’s performances. The climax of the commemoration was a reading of the names of the Kedoshim, every man and woman from Tzfat who gave their lives in the wars for Israel or were martyred in terrorist attacks, from the underground battles against the British to the wars and attacks of the present day. As each name was mentioned, slowly and with respect, a photo was projected, with their age at the time of their death. Most were in their late teens or early twenties, some even younger. Surviving relatives of many of the Kedoshim were present. The naming went on and on and on. The overall-all impact was shattering. Feeling the ultimate sacrifice that each of these men and women made, people were holding back sobs and tears – and then not holding back.

The next morning there was a large memorial gathering at the military cemetery. In Tzfat, the cemetery just below the Old City, on the western slope of the mountain, is treated as a living part of the town. The renowned cemetery of the great Tzaddikim, that includes Rabbi Yitzchak Luria, Rabbi Moshe Cordovero, Rabbi Yosef Karo and so many other luminaries, is busy all the time and its distinguished residents regarded as neighbors to visit with familiarity. The military cemetery next door is usually quiet, but it was packed on this day. The memorial here had more of a military pacing, but was also emotionally touching.

After this service, Israeli friends alerted us that the Tzfat thing-to-do is to go a little further down the slope, to a set of graves of those known as the Olei Ha-Gardom – Those who Ascended the Gallows. These were seven young men out of a group of twelve, members of Etzel who were captured during daring operations and were executed by the British at the military prison in Acco in April and July of 1947.

One of the leaders of the group was Dov Gruner, who was seriously wounded and caught in a raid on an ammunition depot. At his trial he spoke once, in Hebrew, to the British military tribunal:

You were given a mandate by the world to correct the horrific wrong that was done to the Jewish nation. You accepted the responsibility to help set up a Jewish state in Palestine but very quickly veered off course in a cruel and brutal way. You closed the door to immigration, causing the deaths of millions of Jews who would have left Europe, had they been allowed to enter Palestine. You enacted laws that benefitted yourselves and put Jews in grave danger and you became an occupying army in our God given land. Therefore, it became our obligation to rise up and fight against you to drive you out of our land…I will not speak any more at this illegal trial. I understand that I face a possible death sentence but I will not defend myself before those who have no right to judge me.

From his prison cell, Dov Gruner wrote a letter of thanks to Menachem Begin, leader of the Irgun, that concludes, “I write these words just 48 hours before I will be hanged and at a time like this, a man does not lie. I swear to you that if I had the chance to start all over, I would have picked the exact same path…”

These young men were not from Tzfat. But they were buried together in Tzfat by order of the British with the goal of preventing them from being commemorated as heroes. When their bodies were brought to the cemetery of Tzfat the British placed a curfew on the town so no Jews could attend the burial. The entire Jewish community of Tzfat defied the curfew and gathered to bury the martyrs. From that time on, Tzfat has embraced these young men as their own. There is a set of seven sculpted iron pillars reaching towards the sky by their graves. Relatives of these martyrs were present at this memorial. A deep and moving Hesped by Professor Dalya Stern,herself a relative of one of those buried there, placed the sacrifice of the Olei HaGardom in the full context of the long Jewish history of struggle against persecution. Then two surviving elderly brothers of one of the Martyrs said Kaddish – the most powerful Kaddish we have ever heard. Not loud, but with iron in every sacred word. Generations spoke through them. After the memorial, people were gathered around some of the elderly relatives, and someone asked one of them what we need to learn from this, what was the message of the Olei ha-Gardom. I expected words of courage and defiance. What he said was

This phrase is the keystone of this week’s parashah. It epitomizes all the mitzvot of moral relationship of parashat Kedoshim. One of my favorite interpretations takes it hyper-literally. Rebbe Shmelke of Nikolsburg was once asked how one can fulfill “You shall love your neighbor as yourself” if a person does you harm. He answered:

Behold all souls of Israel are one, the soul of Adam ha-Rishon. The totality of Israel are all sparks of his soul… Sometimes a person might strike himself hard by accident… If a person were to take a stick and hit the hand that hurt him unintentionally, he’d be considered a fool – why are you hurting yourself even more? So it is, actually, in this case, for each person is one soul with his friend.

I had considered this to be the deepest radical reading of this mitzvah: not just to love and treat your neighbor as if he were you, but as yourself, to recognize he is you and you are him. This is to see yourself and all Jews you meet as part of one soul, literally. Soul means the full structure of consciousness, and we all share consciousness together and recognize it in each other. This is the basis for the possibility of all communication, empathy and compassion.

But this elderly man took it further. He was saying that when these young men of Etzel sacrificed their lives in 1947, they did so consciously, to contribute whatever they could to the destiny of Am Yisrael for future generations of Jews, for us, to be able to live peacefully in our Homeland. They felt they were one soul with all Jews of the past and all Jews of the future. And he was encouraging us to realize we are one soul with them. When we experience life in the Land of Israel, they are with us. Their passion beats within us.

As long as in the heart, inwardly,

The soul of a Jew yearns

And to the ends of the East, onward

The eye gazes towards Zion,

Then our hope is not lost

The hope that is of two thousand years

To be a free people in our Land

The Land of Zion and Yerushalayim

And with this consciousness,  I also realized what Rabbi Yehudah Halevi is teaching us when he changed his self-description from “prisoner of hope” to “prisoner of desire.” In our struggle for our Land, that still continues against cruel enemies, the battle is not only or even essentially of weapons. It is a battle of heart, of desire, of love. Hope is a wish suspended. Desire is passion driving action. It is our desire, our love for our Land, for each other, for humanity, that drives us and that, be-ezrat HaShem, will prevail.

Halevi concludes his ode to Zion:

Your desire is to be abode of your God, and happy is the person

Who chooses, draws near and dwells in your courtyards.

Of your light, your dawn breaking over him

To see the prosperity of your chosen ones and to rejoice

In your joy when you regain your early youth.

As I sit by the window looking out onto a courtyard, in the Land Halevi longed for, in the Land so many fought for and died for, their passion is shared within, gratefully. We have seen the dawn break over us. We have experienced some of the blessings he envisioned, and we are working towards those yet to come, with HaShem’s help. Greetings of peace to far and to near. 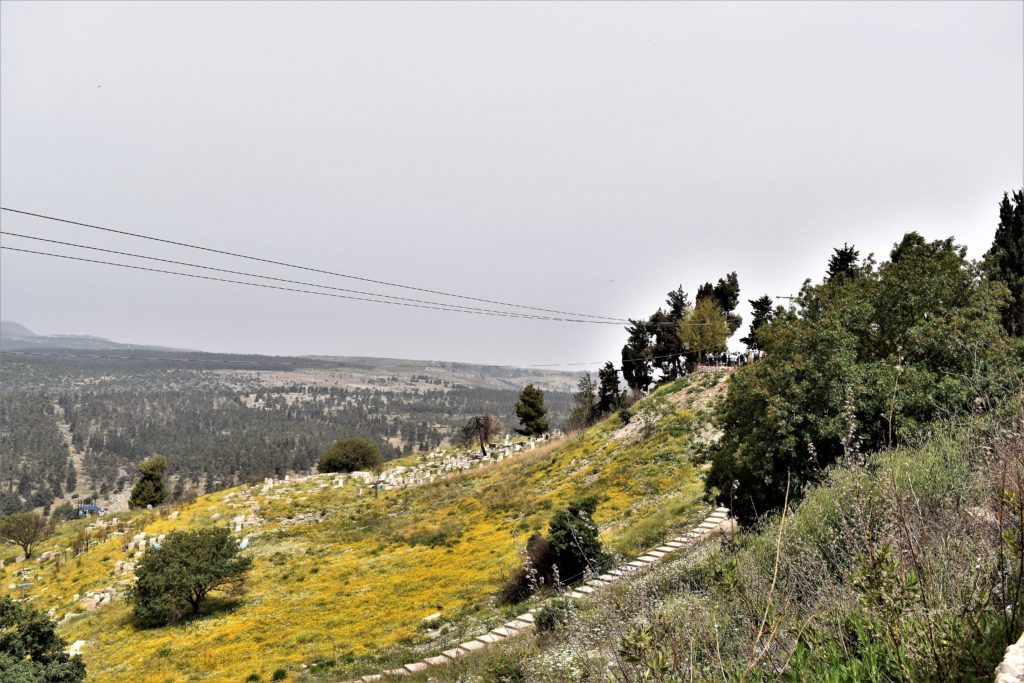 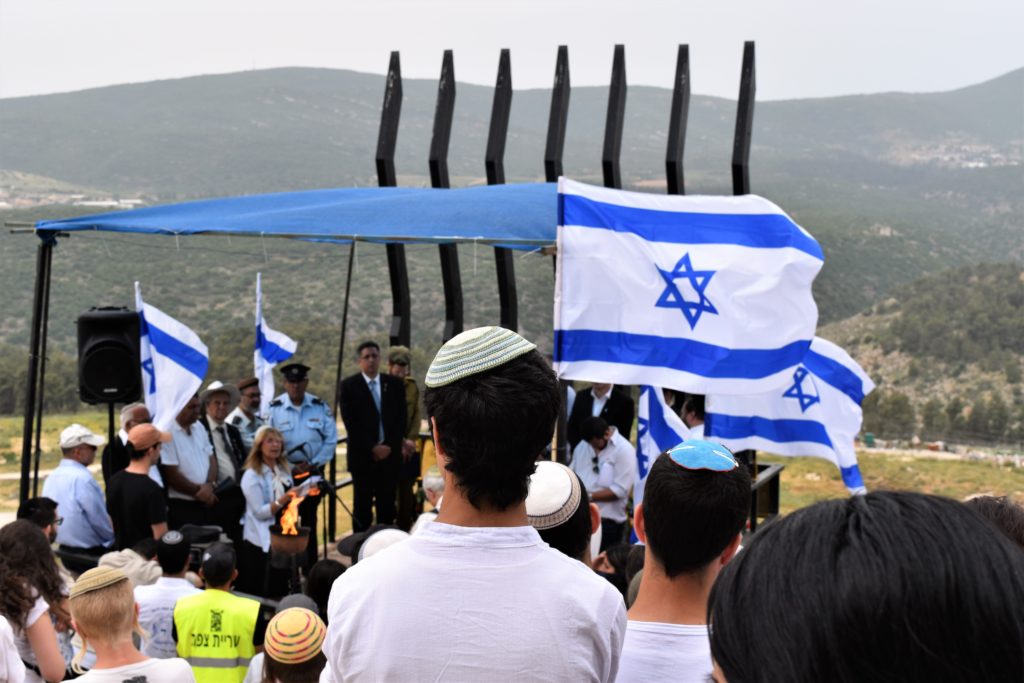 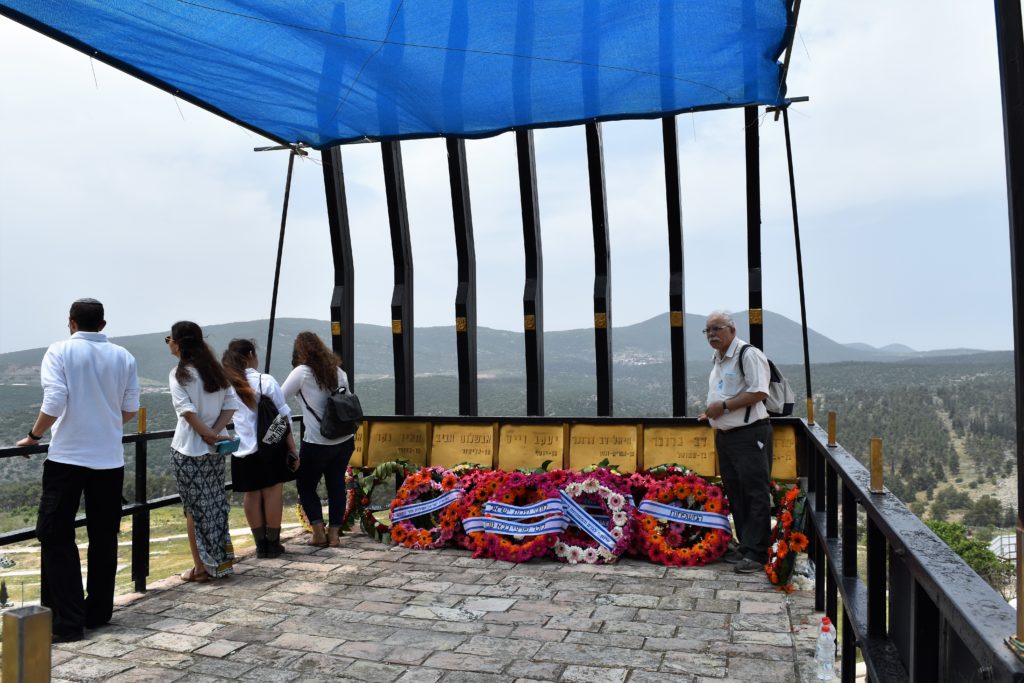 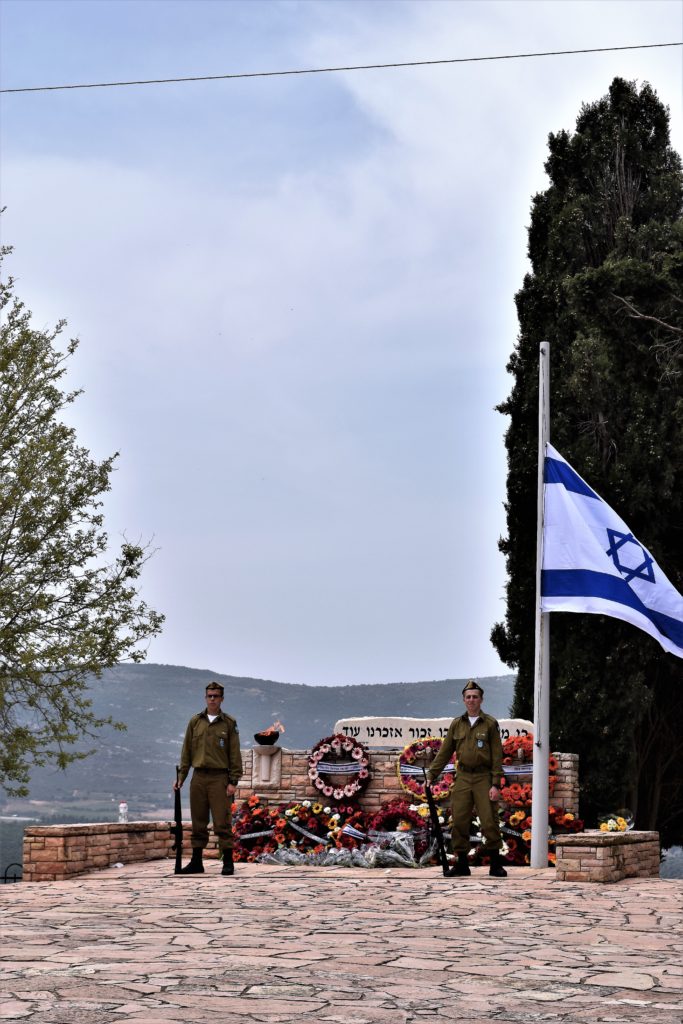