This week we took a little trip with a family friend to visit Peki’in, a picturesque village nestled in the mountains in the upper Galil.  Until the twentieth century it was a town in which Jews, Druze, Christians and Muslims all got along well. Today its population is mostly Druze.

For Jews the village has a number of significant features. It was a refuge for Jewish families, predominantly Kohanim, fleeing the destruction of Jerusalem in 70 C.E., and from that time until today has had nearly continual Jewish residence, unbroken except for the years 1938-40 due to Arab riots. In 1940 only one Jewish family returned, the Zinatis. Today only one member of that family remains – the feisty force of nature Margalit Zinati, in her late eighties, may she live to one hundred and twenty – and if anyone can, it’s her! Her family has lived in the village for centuries, and she has taken her stand and will not be moved. In an interview in 2017 she explained “of all the Jews, only we returned. They were just scared. We’re not afraid of anyone. We fear only Ha-Shem.”

Peki’in also has a Beit HaKnesset, built in 1873 on the ruins of the Beit Midrash destroyed in the earthquake of 1837, said to have been founded by Rabbi Yehoshua ben Haninah in the second century. In 1926 and 1930 two stone tablets were discovered in the synagogue dating from the second century, and in 2017 a capital from a limestone pillar with Hebrew inscriptions was found in the courtyard, dating from the same time. I davened Minchah there, and the sense of presence was powerful and uplifting.

According to tradition, Peki’in is also the location of the cave in which Rabbi Shimon bar Yochai and his son Rabbi Eleazar hid from the Romans for thirteen years, nourished only by a carob tree that grew at the entrance of the cave and a stream of water nearby. The reputed cave is a pilgrimage site, though only a few meters of it are still accessible due to the earthquake — but it’s got an ancient carob tree at its entrance and water nearby.

The story is brought in the Gemara Shabbat 33b. Rabbi Shimon was overheard criticizing the Roman Empire for its rapacious policies and sentenced to death. He and his son hid in the cave, studying Torah together constantly and reaching a level of great spiritual intensity. Notified after twelve years through an appearance of the prophet Elijah that it was now safe to leave the cave, they ventured out into the world. They saw people plowing and planting (the area is very fertile to this day) and they complained “they are neglecting eternal life and engaging in life of the moment.” The Gemara says that “every place they set their eyes upon was immediately burnt. A heavenly echo came forth and said to them ‘did you come out just to destroy My world – return to your cave!’” They returned and remained another twelve months. This time when they left the cave it was late in the afternoon, erev Shabbat. Rabbi Shimon said to his son “you and I are enough for this world” – that it’s enough for the world if at least the two of them learn Torah constantly with total commitment, they can’t expect that of most people. They walked into the village and saw an elderly man running through the street with two myrtle branches in his hand. They asked him why the two branches, and he answered “to honor Shabbat… One for ‘Remember the Sabbath day,” and one for ‘Observe the Sabbath day.’” Rabbi Shimon turned to his son and said “see how precious mitzvot are to Israel,” and their minds were put at ease. Rabbi Shimon, mellowed and grateful he and his son had survived their long ordeal, goes on to provide a benefit for the village.

Rabbi Shimon, Rabbi Eleazar and Margalit Zinati of Peki’in are people who take their stand in the world.  This is also one of the themes of this week’s parashah, that features the mitzvot of the Nazir, the person who dedicates him or herself for a period of time to avoid wine and any grape products, not cut hair, and avoid all contact with the dead. The Nazir is praised in the Torah: “the crown of God is upon his head (Num. 6:7).” The Ramban explains that in living for a period of time in a state of mindful sanctity, separating him or herself from base pleasures, dedicated to God at a level comparable to prophetic spirituality, the Nazir is living an ideal of holiness. This is why he or she is required to bring a sacrifice of atonement at the end of their avowed period, as they are about to return to the world of impurity and desire (Commentary, Num 6:11). Rabbi Eleazar haKappar in the tractate Nedarim 10a holds that such ascetic behavior is too extreme. But the general principle of taking a stand in the world and committing oneself to a life of holiness through rigorous Torah learning and disciplined mitzvah practice, even if it runs against the current of other more indulgent cultures, has always been the way of Torah spirit.

And this principle of spiritual commitment is not limited to Jews. Maimonides, discussing the more ascetic existence of the tribe of Levi, dedicated to lives of service and teaching, paraphrases the position of Rabbi Meir in the Gemara Baba Kama 38a:

And not just the tribe of Levi, but each and every person from among all human beings whose spirit prompts him and who understands from his own mind to separate himself to stand before HaShem, to minister to and serve Him, to know HaShem and walk straight as God made him, and cast off from his neck the yoke of the many calculations that people seek – behold such a person is sanctified holy of holies. HaShem will be his portion and his inheritance forever and ever and he will merit in this world that which is sufficient for him, just as the Kohanim and Leviim merit. As David, peace be upon him, says “HaShem is my portion and my cup, You support my lot (Ps. 16:5).”

The full spiritual life requires taking a firm stand, a constant devotion to mindful sanctity, to meaningful thought, speech and action, but also, as Rabbi Shimon and his son learn, some flexibility. This is true of our national existence as well. Historian Ben Zion Dinur in his magnum opus Toldot Yisrael: Yisrael ba-Golah observes that the extraordinary survival of Am Yisrael after the destruction of the Second Commonwealth, through the severe challenges of the ancient, medieval and modern periods, leading to our revival in our homeland, was due to two synergistic principles. The firm commitment of Jews who remained in the Land of Israel under harsh conditions through a succession of mostly oppressive invaders – Jews like Margalit Zinati, bless her – provided a constant center which kept hope and national consciousness alive among Jews of the Diaspora. The national center was itself supported by the periphery, by the Diaspora Jews who developed flexible approaches to maintaining national identity under the harsh conditions of exile (vol. 5:1, 36-37).

When we visited the famous cave in Peki’in there was a large group of young people, Israelis and some from other lands, gathered at the entrance, singing together. It was an inspiring sight. We have not forgotten Rabbi Shimon and Rabbi Eleazar, we have not forgotten people like Margalit Zinati, and because of their strength of spirit, we are in our homeland. We Jews have taken our stand in history, firm and flexible. We are still challenged, but we are up to the challenges and we are still standing, thank God. 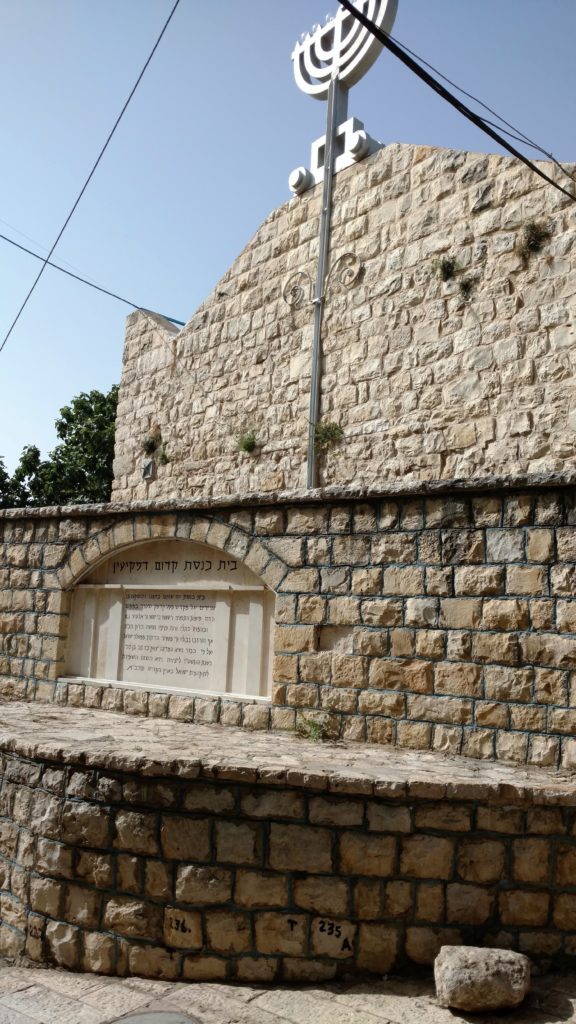 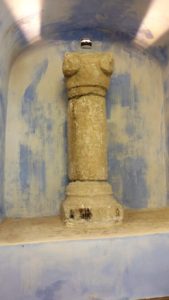 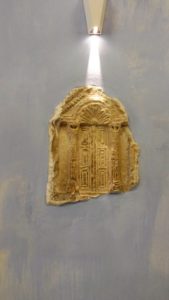 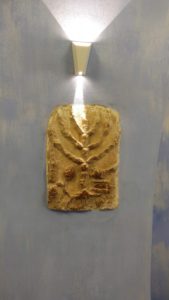 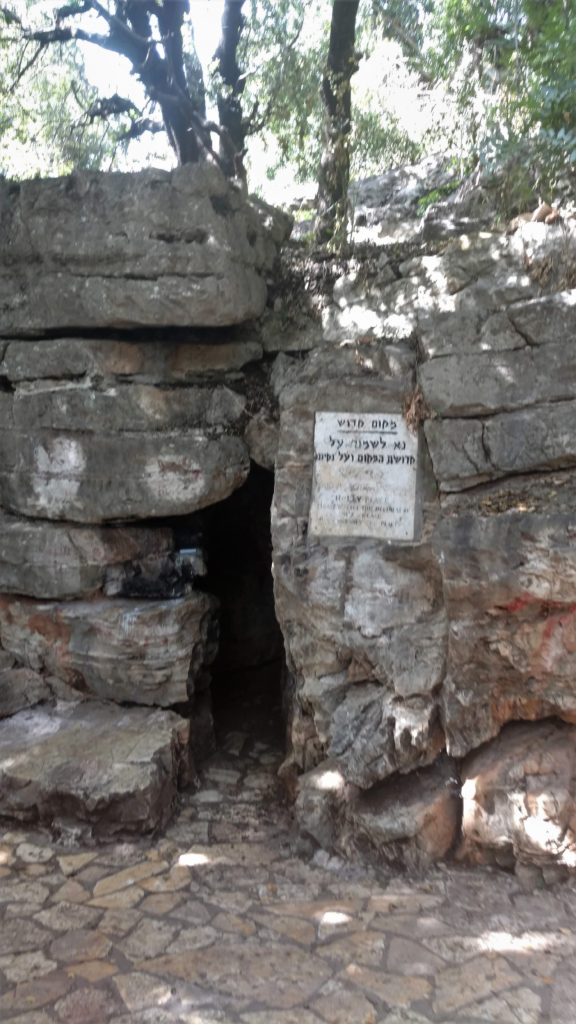 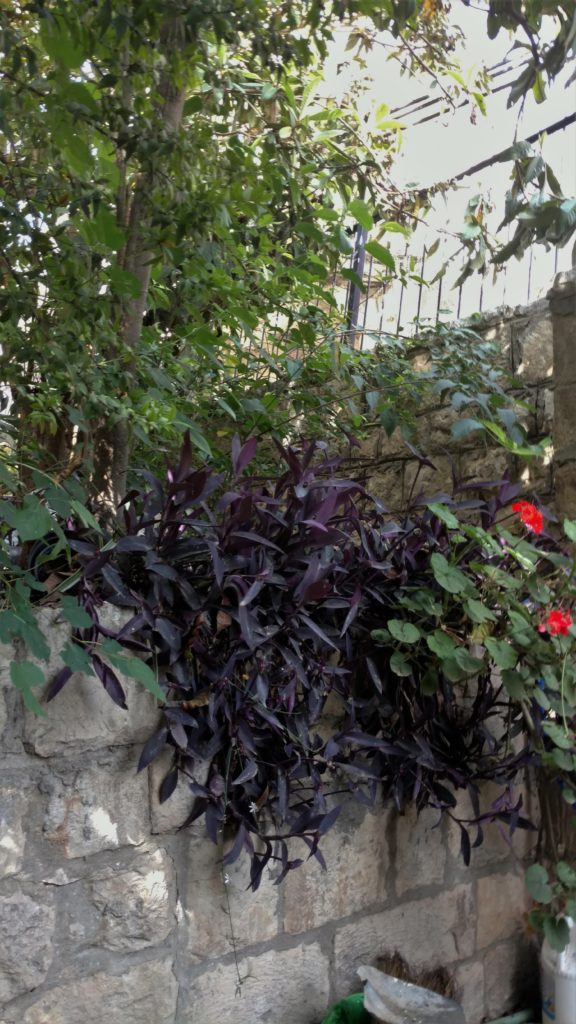 Our people have returned to visit the cave 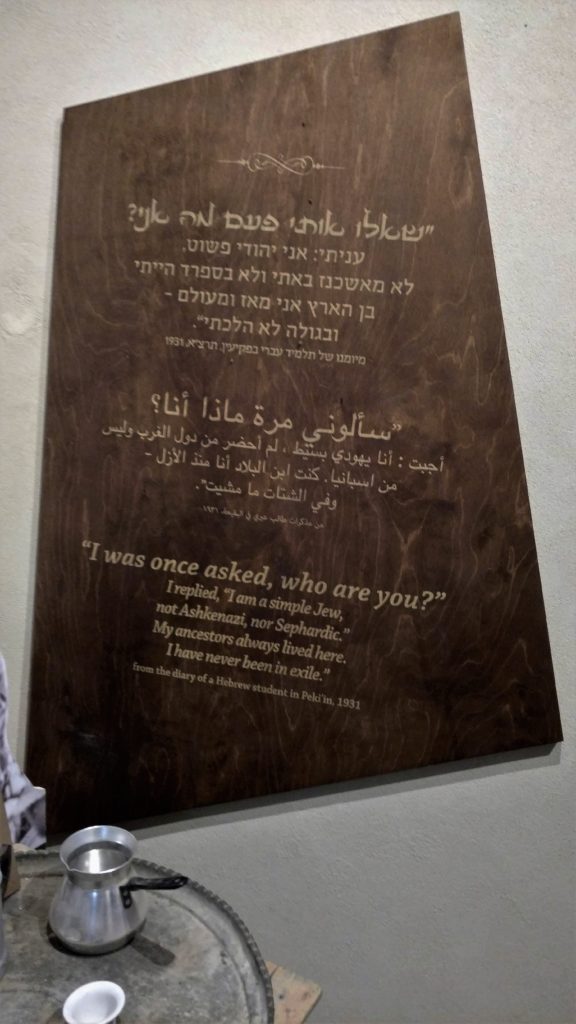 in the Museum next to the Peki’in Beit Knesset

One thought on “Taking Our Stand”