A Tzfat resident complained to me a few weeks back that he was interested in learning something about Kabbalah, since it’s the town specialty, but every rabbi in town he had approached had just brushed him off. One finally took pity on him and lent him a book by one of the great kabbalists of the nineteenth century, but even this introductory text is so full of technical terminology that he couldn’t make heads or tails of it. The man is very bright, a mature adult with a professional science and technology background, and I figured it would be a good teaching exercise to provide him with a basic introduction to Kabbalah that would help him catch what’s going on and join the conversation. It’s also a good review to consider how to present to a thoughtful beginner a complex subject like Kabbalah – it forces you to clarify the topic for yourself, examine assumptions and cut through jargon.

Kabbalah, though based on mystical experience, has a developed doctrine that has a clearly structured logic. Rabbi Kalonymus Kalman HaLevi Epstein in his Maor VaShemesh cites the verse “the secret of HaShem is for those who fear Him (Ps. 25:14),” and explains, with provocative intent, that the

While the doctrine of Kabbalah can be taught, the experiences upon which Kabbalah is based are much harder to convey. Here, the restriction stated in the Gemara Hagigah 11b concerning the esoteric mystical doctrine and practice of Ma’aseh Merkavah, the Work of the Chariot, should be applied to Kabbalistic experience as well, that it “should not be taught even to one person, unless that person is wise and understands from his own mind.” That being said, it’s still a challenging exercise in pedagogy to convey the basic doctrine of Kabbalah to a bright and thoughtful person in a way that gets across its profound, expansive and compelling vision of reality.

Good teaching technique is also the topic of the opening verse of this week’s parashah, according to the Midrash Sifra, paraphrased at length by Rashi. The parashah begins:

According to the Sifra, at the Mishkan, just like at the burning bush and at Mount Sinai, every time HaShem spoke to Moshe, the speaking was preceded by a call, actually a doubled call: “Moshe, Moshe.” The midrash explains that this call is an expression of affection as well as part of the divine teaching method — to get Moshe’s attention and alert him to be ready to listen. Rabbi Hayyim Vital adds that the doubled call has another pedagogic purpose. He explains that every human being has a vast potential range of consciousness, extending from that point at which we receive our consciousness from the realm of divine revelation, the realm of the Sefirot, down to this material world. When HaShem calls “Moshe, Moshe,” He is calling Moshe across the full range of his being – from Moshe at his highest source to Moshe embodied in this world (Sha’arei Kedushah 3:5). So, too, when we teach authentically on our own level, we should have the full personhood of each student in mind, so that we adjust the teaching to the student in the most personal and effective way.

The midrash Sifra goes on to note that when HaShem taught Moshe Torah, even though Moshe was a top student, God did not just pour out Torah information non-stop. The paragraph breaks and spaces in the Torah text are the points at which HaShem paused and gave Moshe time to reflect and understand the learning, between each and every topic and halakhah. The midrash exclaims

Whereas, if someone who is hearing from the mouth of the Holy One, blessed be He, and who speaks in holy spirit needs to contemplate between each paragraph and each subject, all the more so for a regular student from a regular teacher.

There’s a big difference between just saying Torah and teaching Torah. In teaching we need to have the student in mind at all times, to make sure they are absorbing the material and its meaning by giving them time to think, to ask questions, to process. Especially when it comes to teaching a complex subject like Kabbalah, which can be dangerously misunderstood, it’s important to teach with constant awareness of how the student is integrating the learning.

Rabbi Kalonymus Kalman HaLevi Epstein had said that the “secrets of Torah” are not the doctrine of Kabbalah. So what are they? He explains:

So we are learning the rational doctrine of Kabbalah, that which can be learned and discussed, in a way that offers access to a thoughtful person with a strong science background who appreciates clear structure, and the process has been interesting for me as well. With HaShem’s help, what we are learning will also help us purify and deepen our minds to experience some of the real truth behind the words and doctrines. And we look forward to the time of which the prophet Jeremiah speaks:

And a person will no longer teach his friend or a person his brother saying ‘know HaShem,’ for they will all know Me, from the least of them to the greatest of them, says HaShem… 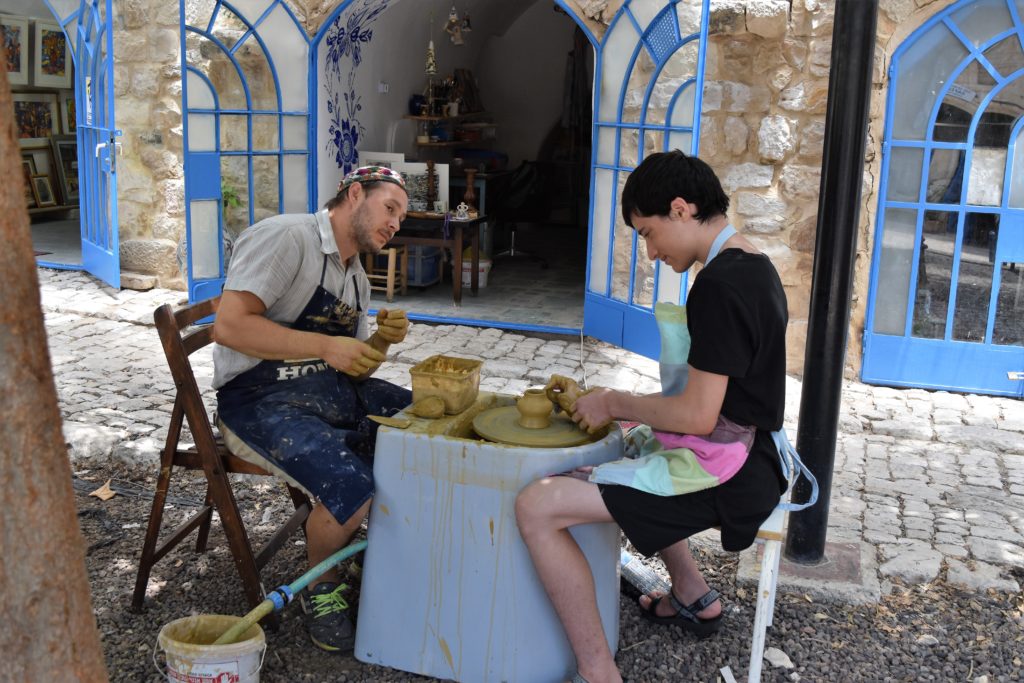