Torah tradition is invested in stories. Most of the Tanakh is framed in narrative. The Torah observance of Pesach and bringing of first fruits include mitzvot to tell the core story of Am Yisrael. Rabbinic tradition in the Talmud as well as in midrash makes frequent use of narrative.  In hasidic culture storytelling is central, designed to convey the hasidic worldview in a living context, by concrete example, in an engaging manner to appeal to a broad audience.

The typical hasidic story has a characteristic narrative arc: a person of virtue is confronted with a challenge, overcomes the challenge through exceptional virtue but at a cost, and is rewarded materially or spiritually in an unexpected way. This pattern has precedent in rabbinic literature – for instance, the story of Abba Yehuda in the Gemara Yerushalmi Horiot, 3:4 and the story of  Dama ben Netinah in the Gemara Kiddushin 30a. The reward often has an ironic twist that gives the story a zing. Given this pattern, the following story told by Rebbe Israel of Ruzhin is remarkable:

Our Rebbe, may his merit protect us, once gave a talk about idle talk before prayer, and told about an incident concerning a certain Hasid who earned an abundant livelihood this way: once a year he set out to the market fair to buy merchandise. His merchandise included clothing for warmth, to protect against chill and cold. One year he travelled as usual to the fair and brought back a large amount of merchandise, but when winter came people were not gripped by cold and he was left with all the merchandise “in his sack.” He didn’t have a penny in his pocket, his family cried out for bread, but there was no bread.

One morning before prayer the landowner of the area came to buy all the merchandise. The Hasid answered that he does not do business before prayer.

With this the Rebbe, may his merit protect us, concluded.

This may be my favorite hasidic story – but I’m an old Litvak, what do you expect. I’ve translated it as literally as possible, without smoothing it out or embellishing it, to get across its lean flavor (Ner Yisrael, vol. 3, (Nahariyya, 1977), 175-76. Thank you, Rabbi Dr. Nehemia Polen, for alerting me to this story many years ago). Its background is the talmudic prohibition, cited and discussed in the halakhic codes, against doing business or even talking business before the morning prayer service, but with allowance made for emergency situations (Talmud Berakhot 14a, 30a. Shulchan Arukh, O. H. 89:3,8. Arukh ha-Shulchan 89:20, 30, 31.) The merchant acts with hasidic virtue and, even though his dire situation would have warranted it, he does not avail himself of the legitimate halakhic leniency.

The Rebbe’s audience, and the hasidic editor himself, were expecting the story to finish up with the usual unexpected reward to complete the usual narrative arc. But the Rebbe ends the story without it – maybe because that was all that actually happened, maybe for rhetorical impact, probably both. The abrupt end itself becomes the surprise ironic twist in the telling, occurring not within the frame of the story told by the Rebbe, but between the Rebbe and his audience directly – including us. The absence of the happy ending reflects us all back on our own assumptions, awakening the audience to the lesson of pure virtue without expectation of the usual reward they themselves were accustomed to expect, in stories – and in their lives. The editor senses the point and, in his comment at the end, feels he needs to spell it out, yet doesn’t quite capture the whole punch of it. This brings the sensitive reader back to look more carefully at the story for what is really being conveyed – yet another level at which this story, through what is not said, speaks beyond its own narrative.

This elegant, multi-level example of an anti-story that subverts expectations highlights a feature at the heart of all narrative, and raises questions about our interpretation of experience in general. Life is complex and messy. We use narrative to find coherence and sense in our lives, to understand the past and project expectations for the future. But narrative is selective and linear, it streamlines experience, and sets up artificial patterns. If someone asks you “how was your day?” you weave together a story that summarizes high points or low points, but your experience was far more complicated and nuanced than that. In airbrushing reality a story might be useful, but it’s not the whole truth and nothing but the truth. So an anti-story like the one the Ruzhiner Rebbe told is refreshing and important – to disabuse us of the illusory magical thinking that typically infects the religious life, and to bring us back to reality.

In a certain way, one of the most inspiring and disturbing stories of the Torah does us a similar service. The climax of this week’s parashah, the Akedah, has been the subject of profound rabbinic and philosophical analyses, but despite all the debate and ink thrown at resolving the paradoxes of this event, we’re left scratching our heads unto this very day. I’m not going to do any better. The simple pious interpretation that it’s a typical happy ending – Avraham passes the test of faith and he and his descendants are rewarded – is challenged by more nuanced rabbinic midrashim that suggest that this test had traumatic impact on Avraham, Yitzhak and Sarah – it had to have. After it, as commentators have noted, all three seem to go their separate ways for a bit. Avraham goes to Be’er Sheva with the youths who accompanied him, but not, apparently, with Yitzhak. Sarah dies first thing in the next parashah — Rabbi Yosi in Midrash Bereshit Rabbah 58:5 suggests she died of shock when she found out about the Akedah — and Avraham has to come to Hevron to mourn her. The next we hear of Yitzhak he’s coming from Be’er Lechai Roi, in the Negev, a place connected with Hagar. The most despicable of all idolatrous cults, most abhorred by the Torah, is one in which parents sacrifice their children to please a false deity. Yet for three days God, real God, seems to allow Avraham Avinu to think that this is something God might ever want.

This story subverts our assumptions and expectations about God and morality and Torah values – and in doing this, whatever else it continues to reveal, it does us a vital service. Don’t pretend you really understand what’s going on in Torah, and don’t ever pretend you understand God. This is God’s narrative, not one of our bedtime stories, and it’s transcendent, full of surprises. In this way it teaches us honestly about reality itself, God’s reality, which is also full of surprises and cannot be roped in to our narrative projections and expectations. And if we ever needed proof of this – look at what’s going on around the world today.

One of the values of meditation practice, to quiet thought patterns and take a judicious and critically aware approach to the capabilities and limitations of imagination and cognition, is to learn to experience reality clearly, without overlaying assumptions, expectations and fantasies. In this way we learn to listen very carefully to what our experience brings us. It’s God’s story that is being told here, and He tells it Masterfully. 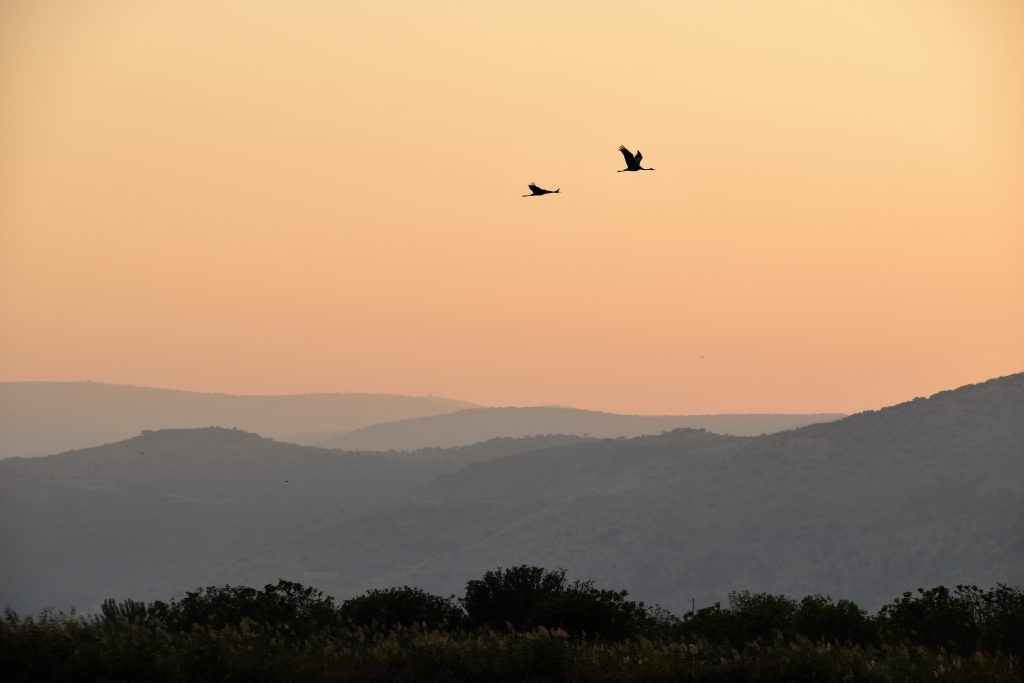