The Land of Israel has been battered by a series of wild, unseasonable thunderstorms all week, with gale force winds, heavy downpours and hail, from here in the north down to Eilat. Tragically, a powerful flash flood near the Yam haMelach today claimed the lives of nine students from a military preparatory school on an ill-advised hike through a wadi, a desert ravine, and one student was still missing as night fell. Two people lost their lives earlier in the week in another flash flood. The whole country is gripped by this calamity.

This period of Sefirat haOmer that we’re in has become a season of mourning, lasting from after Pesach to Lag BaOmer next week, according to the most prevalent minhag, though some customs extend the mourning period until close to Shavuot. Among the mourning practices is to refrain from weddings, instrumental music and haircutting. According to Rabbi Yechiel Michel Epstein in his halakhic code the Arukh haShulchan, these customs date from the time of the Gaonim, of the late first millennium. The mitzvah of Sefirat haOmer, as presented in this week’s parashah, just requires counting each day from the day after Pesach until Shavuot. But the mourning customs were overlaid upon the essential mitzvah based on the Gemara Yevamot, that states that during this period twenty four thousand students of Rabbi Akiva died:

They said: Rabbi Akiva had twelve thousand pairs of students, from Gabbat to Antipras, and they all died in one season because they did not treat each other with respect. And the world was desolate, until Rabbi Akiva came to the Rabbi of the south, and taught them – Rabbi Meir and Rabbi Yehudah and Rabbi Yosi and Rabbi Shimon and Rabbi Elazar ben Shamua, and they were the ones who upheld Torah at that time. It is taught: they all died from Pesach until Shavuot.

There may be some indications that there is a story hidden behind this story. The Bnei Yisaschar notes the minhag that on Lag BaOmer children go out to the fields to shoot bows and arrows. He gives a mystical rationale based on the Zohar. There is also a widespread custom to light bonfires, also given a mystical rationale. But there may be a historical basis for these customs as well. They have a kind of military quality. Add to this the fact that, though Rabbi Akiva was a renowned teacher, even so, twenty four thousand students is quite a teacher-student ratio. That they all died within a limited period is also thought-provoking. It may be that there is here a veiled reference to the defeat of the soldiers of the Bar Kokhba revolt. The Gemara Yerushalmi Taanit (4:5) notes that Rabbi Akiva was a supporter of Bar Kokhba, and ascribes the failure of the revolt to moral rather than strictly military deficiencies. Shimon Bar Kokhba himself is described as arrogant, ruthless, suspicious and ungenerous in nature. The strength of an army depends not just on weapons and tactics but on the spirit of solidarity and support among all soldiers, an esprit de corps from the leadership on down.

In Kohelet Rabbah Rabbi Akiva is depicted as warning his new set of students:

He said to them: the earlier students died because they were selfish in Torah to each other. You – don’t be that way. Right away, they rose up and filled Israel with Torah.

The implication is that instead of sharing and positively supporting each other in Torah, the previous students were competitive and negative towards each other. This was likely the corrosive atmosphere among the soldiers as well. After this tragic loss, Rabbi Akiva does not give up, but works to inculcate ethical sensitivity in his new generation of students, and this time they succeed.

In a similar vein, this period of Sefirat haOmer, though its tone is mournful, is not a time of despair but of serious dedication to Tikkun haNefesh, to ethical and spiritual repair. In counting each day on its own we acknowledge that you never know what the day may bring. A sudden storm can bring a flood of water into the house due to a clogged drain, as it did for us. A person in crisis can show up suddenly at your door. We can’t control the events, but we can strengthen our resources and resilience to deal with what comes. According to the kabbalistic tradition, the counting of the days becomes a method of self-analysis and self-renovation. Each week and each day of the week focuses us on working to improve sets of ethical qualities such as kindness, justice, harmony, encouragement, spiritual discipline, positive relationships, ethical action. These are qualities that strengthen our character and strengthen our community through mutual care and responsibility. This moral progression is our way of rising up and filling Israel with Torah.

One of the tests of true community is how we support each other in times of trouble. We can’t control the weather and most of the other challenges of life in this world, but we can try to help each other through the hard times. Our hearts embrace the families who have lost children in these terrible storms. May they be comforted among their people Israel, mourners and builders of Zion and Jerusalem. 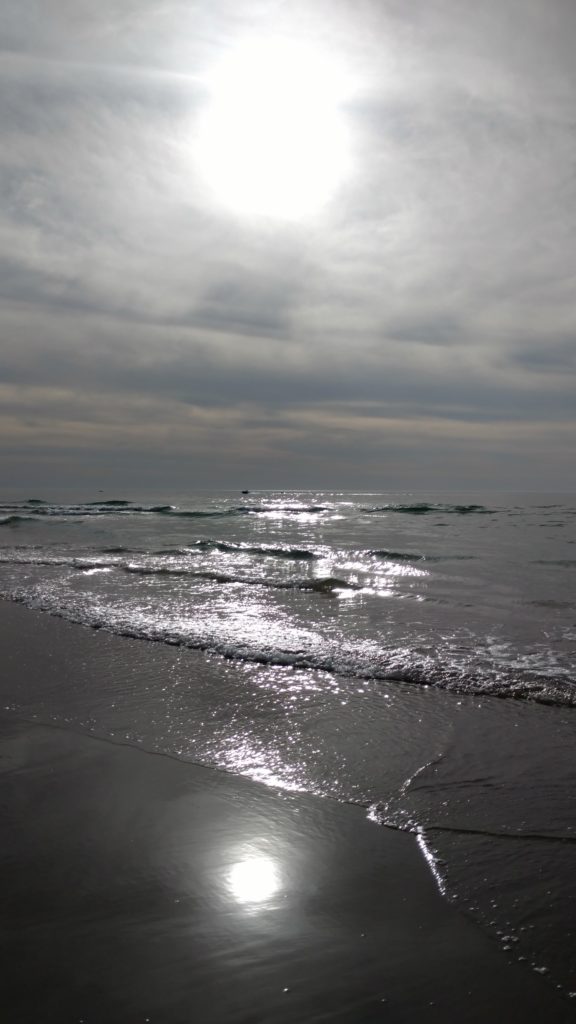