We are sometimes asked by friends and acquaintances visiting Tzfat to give them a tour around town and we’re pleased to oblige. We’re not tour guides – that’s an official, licensed profession in Israel that involves considerable in-depth study of the full sweep of Jewish history in the Land as well as personal connections with tour bus drivers, hotel staff, shopkeepers, restaurant owners and the best falafel vendors across the country. We offer more of a “spiritual tour” of special places in town that bring to life the wisdom of Kabbalah and Jewish spirituality past and present. Tzfat is one of the four holy cities of Israel, together with Jerusalem, Hevron and Tiberias. This holiness is conferred by the generations of men and women who worked hard to awaken and expand their full consciousness and conscience to connect with HaShem and each other as deeply as possible, and their souls abide. Our focus is on feeling this connection. So I’m pleased when visitors like to take time to sit and meditate at some of these special locations, as a couple did this week. Also good when we devote serious time to meditation, as another visiting couple did this week, working on an advanced technique practiced by Rabbi Yitzhak Luria and his students for perceiving the energy field, the aura around all living beings. After this meditation they were able to tour Tzfat with a deeper level of awareness. It takes some time to settle down, open up and attune to higher awareness.

Staying in place to strengthen spiritual light before engaging in action is part of the purpose of the ceremony of the investiture of the Kohanim, called the Milu’im, literally the Fulfillment, featured in this week’s parashah. For seven days Aharon and his sons, clothed in special garments, are commanded to stay in the courtyard of the Mishkan as a series of sacrifices are offered on their behalf by Moshe. The Or HaHayyim says that the Kohanim are not permitted to engage in action until this process is complete (Ex. 28:41, 29:43). The Zohar explains the process with reference to the eschatological verse from Isaiah 30:

The verse from Isaiah speaks of the ultimate enlightenment of the world, and Rabbi Yehudah compares it to the process of the investiture, the Milu’im or Fulfillment, understood as the ultimate spiritual fulfillment and perfection of human consciousness. During those seven days the spiritual light of Aharon and his sons, and of the whole world, was increasingly augmented until it reached its fullness.

Light here is a metaphor for consciousness and life, and it’s the essential symbol of the Kohanim. The garments of the Kohen Gadol detailed in the parashah are all about light – reflecting, refracting and diffracting light. Their material is woven with shining threads of gold and the royal colors of tekhelet (an indigo blue), purple and scarlet as well as white linen. There’s a bright golden headband inscribed with the divine Name. There are two precious gemstones for epaulets and twelve precious gemstones shining in the breastplate. And within the breastplate is a mysterious inscription of the divine Name called the Urim ve-Tumim, the Lights and Perfections, that miraculously illuminates the gemstones of the breastplate and the letters inscribed in them to serve as a divine oracle.

The great kabbalist Rabbi Isaiah Horowitz, known as the Shela”h, after his magnum opus the Shnei Luchot ha-Brit, explains the symbolism of the garments of the Kohen with reference to the garments of royal colors that Mordechai wore in Shushan after the victory over Haman and his supporters, and the garments of Adam and Chavah:

Rabbi Horowitz is referring to an interpretation in Midrash Rabbah of the verse Gen. 3:21 regarding Adam and Chavah:

“And HaShem made for Adam and his wife coats of skin and clothed them (Gen. 3:21)”: in the Torah of Rabbi Meir it was found written “coats of light.”

In Hebrew the difference between skin, עור, and light, אור, is a change of one letter, ‘ayin to alef. Rabbi Meir is getting across that the original “garments” of Adam and Chavah were light garments – the full and perfect aura or energy field of life and consciousness. Such a light field still suffuses and surrounds every person with greater or lesser luminosity depending on the person’s spiritual state. In Kabbalistic tradition this light body is understood as a refraction of our life force and levels of consciousness and aspects of it survive into the afterlife as a light garment, the “Rabbinic Garment,”  into which all our mitzvah actions and spiritual experiences and attainments are woven. The Zohar and Sha’ar Ruach HaKodesh of Rabbi Hayyim Vital map some of the deeper phenomena of the aura, and contemplative methods for its perception and use in spiritual therapy are still practiced among kabbalists today. Rabbi Horowitz is adding that the luminous garments of the Kohen represent this “coat of light,” and the Kohen Gadol represents Adam haRishon in his primal perfection.

The process of the investiture, the Milu’im, in which Aharon and his sons remained in the Mishkan for seven days robed in garments representing the aura and purified by sacrifices, strengthened their spiritual light until it reached the primal perfection of Adam and Chavah. Then they were ready to move and act in the world with a higher state of awareness and appreciation and fulfill their mission as spiritual facilitators of Israel. Similarly, the kabbalists of Tzfat in the time of Rabbi Moshe Cordovero would meditate and wander the fields and forests around Tzfat in a higher state of consciousness, to identify with the wandering Shekhinah, the divine Presence, to experience the Land of Israel in a deeply mindful way and receive inspiration.

Our nation is still mourning the martyrdom of a precious young woman, Ori Ansbacher, Ori bat Gadi ve-Na’ah, may her memory be a blessing. Her name means Light, and she was a light to everyone who met her. Her family Rabbi, Rabbi Avi Blidstein, describes her as full of “love, generosity, love of nature, gentleness and refinement, honesty, creativity, a passion for justice, and far more.” In her deep love of the Land of Israel she, too, would wander the forests around Gush Etzion and Jerusalem, and it was during such a walk that she was attacked and brutally murdered, Ha-Shem yinkom damah. Her parents, with extraordinary dignity and spiritual strength, have urged us all to honor her shining memory by continuing to feel free in our Land, to continue to walk the Land with spiritual awareness and love, to focus on Ori’s light and take care that her light will continue to shine. Ori has brought Jews and people of good will from around the world together, longing for a world in which all human beings, all God’s creations care for each other in peace and harmony and love. Her light abides.

The enlightened shall shine like the radiance of the sky and those who bring the many to righteousness like the stars for ever and ever. (Daniel 12:3) 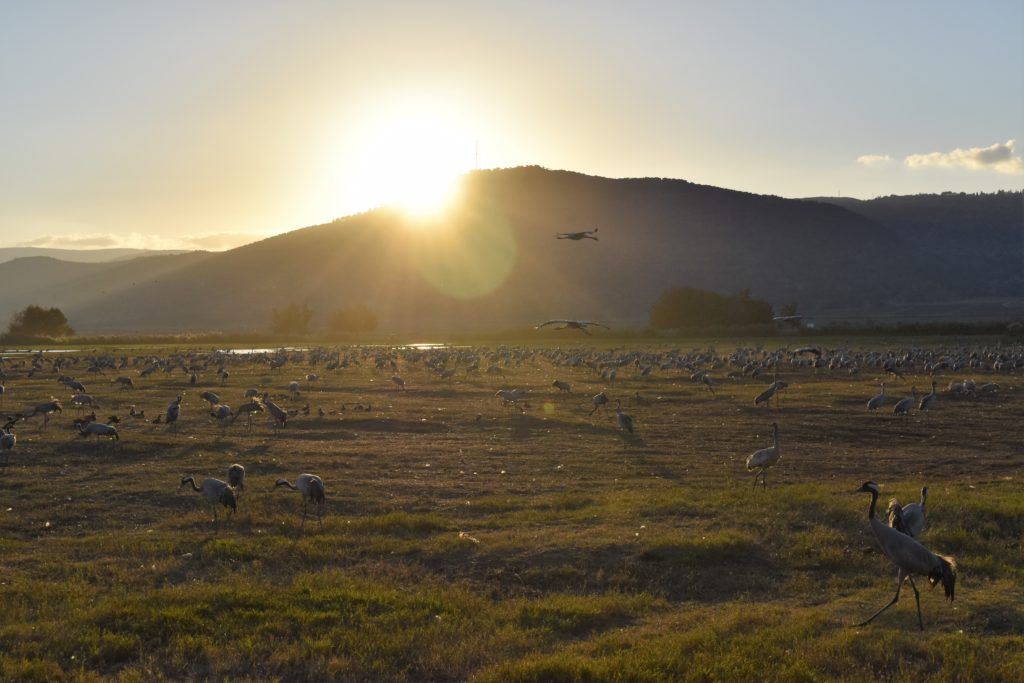 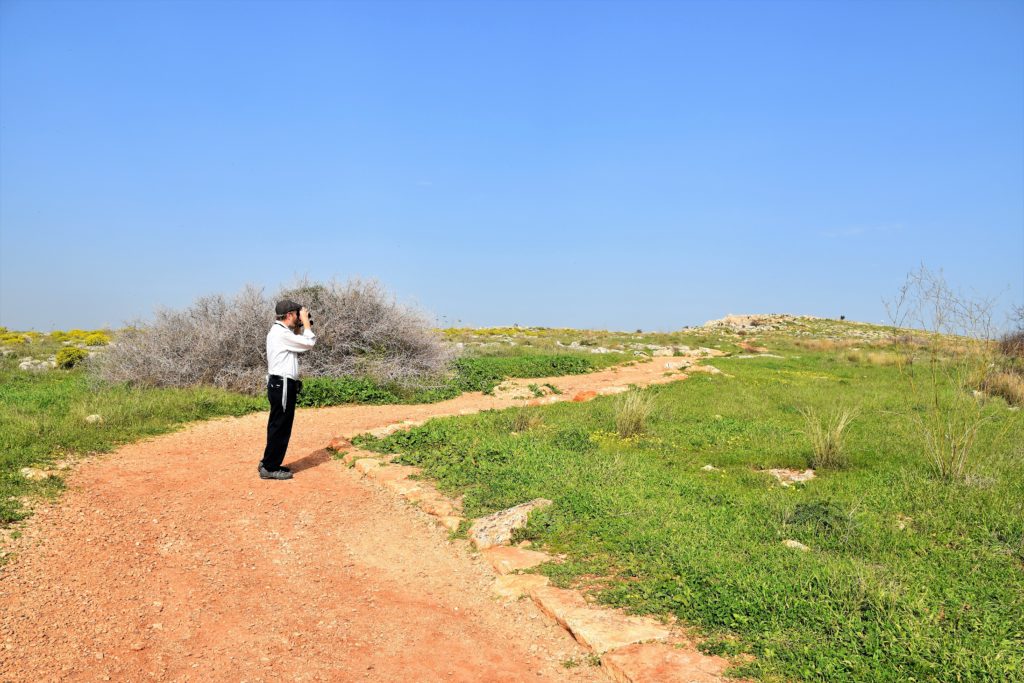 2 thoughts on “Shine On”