This is a big week at Livnot U’Lehibanot – the arrival of the Bnot Sherut Leumi. It’s an annual event, the arrival of this year’s group of young women, between the ages of 18 and 21, who fulfill their national service by working for educational, healthcare, social or government institutions. Livnot U’Lehibanot qualifies as one of these workplaces. It runs programs to assist in homes for the elderly and in schools, organizes teams of volunteers to build and repair infrastructure such as low-income housing, bomb shelters, synagogues and other cultural and municipal structures in and around Tzfat, and runs educational and cultural programs dedicated to helping young Jews from the Diaspora get in touch with their Jewish heritage. Livnot has its own permanent professional staff, and then, every year at this time, at the start of the new school season (in the Western Hemisphere), it gets a new team of Bnot Sherut who will work together with us for the coming year, and work hard, providing an infusion of energy and idealism to propel its many programs.

Since this is a new team, these first two weeks are devoted to giving them an orientation. Each of the permanent professional staff members takes time to work with them and introduce them to the culture of Livnot. They learn the history of Livnot and its structure and goals. They learn the teaching methods and the content of the programs, including the musical repertoire – for teaching and learning that touches the heart. Most importantly, they learn the spirit of Livnot.

Livnot is all about work, the nobility of work and the value of teamwork in cultivating character. The name Livnot U’Lehibanot means “To Build and Be Built.” The phrase comes from an old Zionist work song by Menashe Ravina that expressed the Zionist ideals of A. D. Gordon. The song goes “We have come to the Land, to build and be built in it.” Livnot lives this Zionist vision: members work together on substantial projects, and through team work build themselves as whole human beings.

Livnot’s educational and cultural approach is different from certain religious programs that promote what they call kiruv, ostensibly bringing estranged Jews closer to Torah life, but too often through an approach that suffers from paternalistic arrogance.  Livnot is not about hard-sell kiruv. It’s about listening to others, respecting others, learning from all others. As Ben Zoma says in Pirkei Avot 5:1: “Who is wise? One who learns from every person.” At Livnot we don’t sell Torah. We discover the wisdom and values of our heritage together. As one of the outgoing Bnot Sherut Leumi observed, she often found that the Diaspora Jews she was supposedly there to teach actually taught her the deeper principles of Torah from real life experience.

But what is most impressive about these Bnot Sherut is their dedication to service – sherut. Several members of the new team expressed their fervent desire to give of themselves to others, that they are here to serve others. There is a modesty and humility here that is refreshing and moving. Idealistic as they are, these young women did not frame what they are doing in terms of “tikkun olam” or anything of that sort. That would be “yuharah,” spiritual hubris, the Western version of paternalistic arrogance, to think you know what’s broken and how to fix it.  Nor do they feel they are bestowing kindness on others, gemilut chasadim, with their service. They feel, rather, that they serve because they are responsible for others. Their service is not some optional, self-congratulatory gift, it’s an urgent obligation.

This is a key principle in this week’s parsha, which features our obligation to support the needy:

If there be among you a poor person, one of your brothers within one of your gates in your land that HaShem your God gives you, do not harden your heart and do not shut your hand from you brother who is poor. Open, you shall open your hand to him and lend him sufficient for lack he is lacking (Dt. 15:7-8).

Shimshon Raphael Hirsch notes the repetition of the term “your brother”:

Several times the poor person is presented as ‘your brother.’ Every poor person who stands before you – even if you do not recognize him – is your brother. He is a child of your Father in Heaven.

The term “brother” is not added to narrow the mitzvah of Tzedakah to literal family members, rather to expand our awareness to realize that we are responsible for all human beings, to consider all human beings as family. This expanded responsibility is reinforced in the doubling of “open, you shall open” your hand. The Midrash Tannaim and other authorities take this to mean “even a hundred times,” that is, endlessly. Rabbi Hirsch comments:

In Israelite thought, granting kindness is in the category of ‘Tzedakah,’ which is an obligation placed on a person by the quality of justice (Tzedek). Someone who does not aid the poor with all his might is a sinner and he bears his heavy guilt before God.

His point is that in Torah terms real kindness is not some free prompting of the heart, but an urgent responsibility, an obligation of justice.

This sense of service also appears in the Parsha in the mission of the tribe of Levi, devoted to serving the nation of Israel as educators and facilitators of spiritual connection. Maimonides describes the vocation of the Levi’im in his Mishneh Torah, at the end his book on agricultural laws, in the laws of Shmittah and Yovel 13:12,13):

Why did Levi not merit inheritance in the Land of Israel along with his brethren? Because they were set aside to serve HaShem and minister to Him and teach His straight ways and righteous laws to the public, as it says “they shall teach Your laws to Jacob and your Torah to Israel.” Therefore they were set aside from the ways of the world. They do not wage war like the rest of Israel, and they do not inherit or earn for themselves by the power of their bodies. Rather, they are the troops of HaShem, as it says “HaShem has blessed their troops,” and He, blessed be He, is their merit, as it says “I am your portion and your inheritance.”

The tribe of Levi was relieved of the work and responsibilities as well as the rewards of physical possession of the Land, to dedicate themselves to a different level of work and responsibility: as educators and spiritual facilitators of Israel. Maimonides adds, however, that this mission is not limited to Levi’im:

But not just the tribe of Levi, but each and every person from among all human beings whose spirit prompts him and who understands from his own mind to separate himself and stand before HaShem to minister to Him and serve Him, to know HaShem and walk straight as God made him, who unloads from his neck the yoke of the many calculations that people seek – such a person is sanctified holy of holies. The Lord will be his portion and inheritance forever and ever and he will merit in this world that which is sufficient for him just as the Kohanim and Levi’im merited. Behold, King David says “the Lord is my portion and my cup, You uphold my destiny.”

Maimonides expands the range of this spiritual service to include all human beings, based on a statement of Rabbi Meir in Talmud Baba Kama 38a. Every human being can dedicate him or herself to this level of responsibility for others, service of others. My family happen to be Levi’im, and though Levi’im were not entitled to inherit land in Israel, they did have certain cities and towns set aside for them to live in, and as it happens, Tzfat is one of those towns. Interesting, how things work out. Like the Bnot Sherut Leumi who have just arrived at Livnot, we, too, are relatively new here, and the first step in the service of others is deep and respectful listening and learning from everyone, and a sense that our mission is urgent.

This sense of service as urgent responsibility is expressed by Rabbi Tarfon in Pirkei Avot 2:15-16:

Rabbi Tarfon says: ‘the day is short and the work is great, the workers are lazy but the reward is abundant and the Boss is pressing.’ He used to say: “it is not for you to finish the work but neither are you free to desist from it…”

In service we recognize our endless responsibility for others. Rabbi Tarfon lived and taught here in the northern Galil and is buried on the road between Meron and Tzfat. We should all be worthy of being his students. 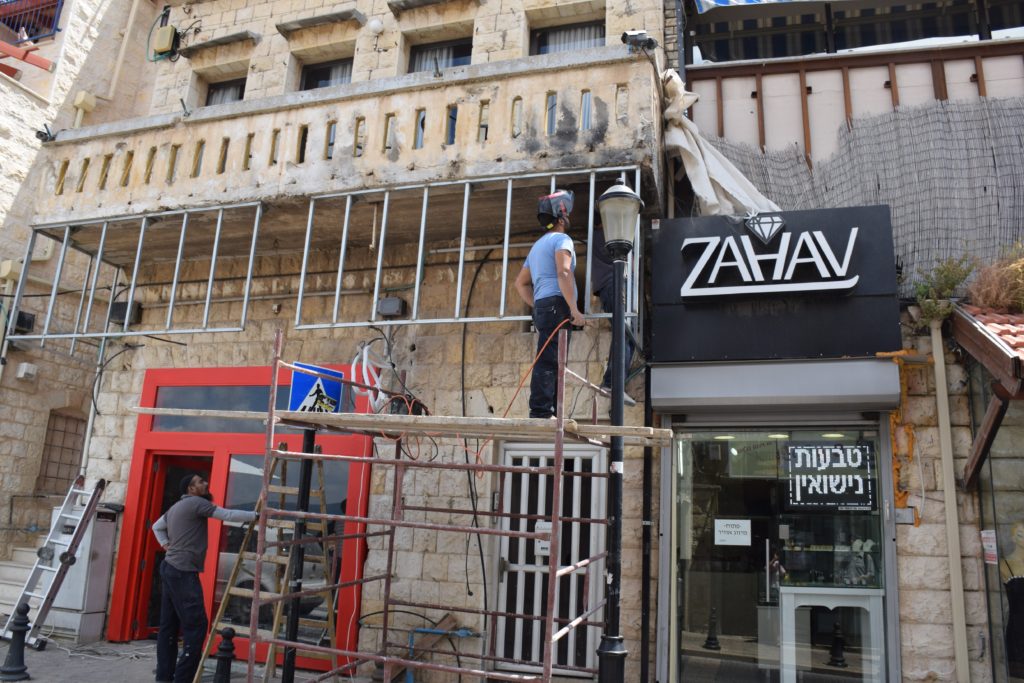 One thought on “Service of the Heart”