The congregation of the Beit HaKnesset we attend is largely Moroccan. It was founded by a building contractor who directed the construction himself, and he took care with it, so it’s pretty nicely appointed. As you look around you see that just about every light fixture, every window, every door, every HVAC unit, every item of sacred furniture no matter how small has on it or hanging from it the name of the person or family who donated it. That’s the custom in congregations of North African and Middle Eastern Jewish heritage. It might seem to lack a certain modest and tasteful reserve, but it’s got venerable rabbinic authority behind it.

Rabbi Shelomo Ibn Adret explains in a responsum (581) that it is entirely appropriate to publicize the name of a person who gives a donation or does another mitzvah, based on this week’s parashah. When Yosef’s brothers see him coming to meet them out in the field, they conspire to kill him – all except for Reuven, the eldest, who objects.

And Reuven heard and saved him from their hand saying “we will not kill a soul.” Reuven said to them “do not shed blood. Throw him into this pit in the wilderness, don’t raise a hand against him,” in order to save him from their hand and return him to his father.

The commentators explain that Reuven’s suggestion to throw Yosef into a pit was a tactic – he figured this was as much as the other brothers in their anger would agree to. The Torah itself, with divine omniscience, tell us that his plan was to save Yosef – he would come back to get him once the brothers leave. As it happens, Reuven’s intentions were good, but he did not keep watch and left too much leeway in the situation and before he returns the brothers end up selling Yosef into slavery. The Midrash Rabbah Ruth comments:

Rabbi Yitzhak ben Merion says Scripture comes to teach you that if a person does a mitzvah, let them do it with a full heart. For if Reuven had known that the Holy One, blessed be He, would write about him “and Reuven heard and saved him from their hand,” he would have brought him back to his father on his shoulders.

In other words, if Reuven had appreciated that God Himself would acknowledge him, he would not have bothered with a timid, compromising, half-way strategy that left open the possibility for mischief, but would have just asserted his authority as the eldest and most responsible brother, stood up against his siblings and hoisted Yosef on his shoulders to get him out of danger and safely home.

On this basis, Rabbi Shelomo Ibn Adret comments that it is appropriate to publicize the name of someone who gives a donation or performs another mitzvah, and Rabbi Moshe Isserles in his comments in the Shulchan Arukh endorses this halakhic position as well:

In any event, a person should not glorify himself for the tzedakah he gives. If he does glorify himself, not only does he not receive reward, but he is punished for it. Nonetheless, if someone sanctifies an item for tzedakah, it is permissible that his name be written on it as a memorial, and it is fitting to do so.

Rabbi Isserles says it is permissible and also the right thing to do in principle, not for self-aggrandizement, but for self-awareness.

Scott Mautz, a motivational speaker, in a recent article in Inc., writes about Steph Curry, point guard super-star for the Golden State Warriors. I happen to have heard of Steph Curry because some of our grandsons who are really into basketball gush about him, can rattle off his stats and great plays, and try to mimic his moves on the court. Mautz talks about a revealing video he saw, put out by The Players Tribune:

Steph Curry talks about the summer of 2012, right after he just had his second ankle surgery and wasn’t feeling great about it. Curry, a self-described optimist, said with a second summer of rehab ahead, he was really down and doubting himself. He felt like he simply wouldn’t be able to bounce back from what he called his “lowest of the low” moments. That is until his wife, Ayesha, spoke a one-liner to him, five words that hit Curry hard (in a positive way): “Don’t forget who you are.” The many time all-star said the words kept him focused on the mission, helping him to win a championship (one of several for Curry) just a few years later. Now, I know what you might be thinking. “Sure, Steph Curry remembered he was already one of the greatest basketball players in the world, which doesn’t apply to me.” I respectfully disagree. Remembering who you are is a powerful tool for overcoming self-doubt for anyone.

Ayesha Curry and Scott Mautz are right. Buffeted by the vicissitudes of life, and by the opinions and influences of others, sometimes we can get lost and out of touch with ourselves. It may take a crisis or a crossroads of decision to wake us up to remember who we are: that each of us has our unique divinely-given resources and abilities, unique responsibilities, unique destiny that only we ourselves can fulfill. Each of us has been created by God to be just who we are, a gift to ourselves and to the world. So be you. Like Rebbe Zusha of Anipoli’s famous epigram:

Reuven does remember who he is, eldest brother, most responsible to HaShem, to his father, to himself. He is not swept up in his brothers’ passions and politics. He thinks for himself and for this he is acknowledged by HaShem in the Torah itself. But he doesn’t commit completely and his plan to save his brother goes awry. Ultimately, he comes to complete self-awareness, but in a moment of painful pathos. When he returns to the pit and sees that Yosef is gone he rips his clothes and laments “The young man is not here, and I, where can I go? (Gen 37:29)” Ibn Ezra says the double “I” is just a way people talk. But it’s also a sign of his poignant self-awareness, of having let HaShem down, let his father down, let Yosef down, yes, but also having let himself down.

Reuven is the first of four people in this week’s parashah who snap out of it and remember who they are in a critical moment. Yehudah owns up and takes responsibility in his public admission and exoneration of Tamar. Tamar herself realizes she is being ignored by Yehudah and takes initiative in a daring, edgy plan that puts her in mortal danger, but ultimately works out well for her, for Am Yisrael and eventually for all humanity — King David and the Mashiach are her descendants. Yosef remembers his moral and spiritual heritage and dignity in resisting the advances of Potiphar’s wife. It’s a core theme of the parashah and an awareness we all can use, personally and collectively.

This is also the issue at the heart of the revolt of the Maccabee’s against the Syrian Hellenists that we commemorate in Hanukkah. Hellenistic religious, military, political and cultural oppression threatened to destroy Jewish identity until the Hashmonaim stepped up to remind Am Yisrael who we are and bring us back to ourselves and our commitment to HaShem and His Torah.

We Jews in Israel and in the Diaspora, threatened and attacked physically, economically and psychologically and falsely defamed by a swarm of noxious and hypocritical forces, need to remember who we are. Some Jews have been cowed by social pressure, misinformation and propaganda and misled into betraying themselves and their own principles in supporting, condoning, aiding and abetting the hatred and violence that is consuming the nations of the Middle East. The world is at a crisis point, presciently described by W.B. Yeats:

Mere anarchy is loosed upon the world,

The blood-dimmed tide is loosed, and everywhere

The ceremony of innocence is drowned;

The best lack all conviction, while the worst

Are full of passionate intensity.

It’s for all of us to remember who we are, a unique people gifted with unique moral and spiritual resources, with a unique responsibility and destiny to help this world evolve towards goodness and truth. So it’s not only appropriate but inspiring to sit in Shul and see all around you the names of all those whose hearts have prompted them to fulfill mitzvot. “Don’t forget who you are.” 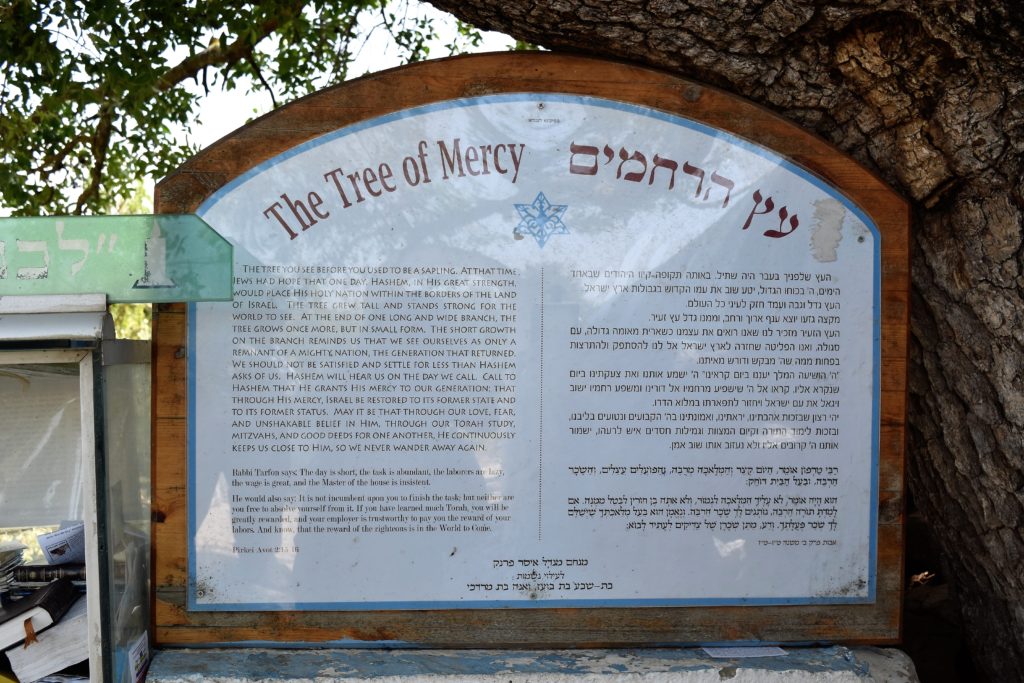 Even trees have plaques in Israel 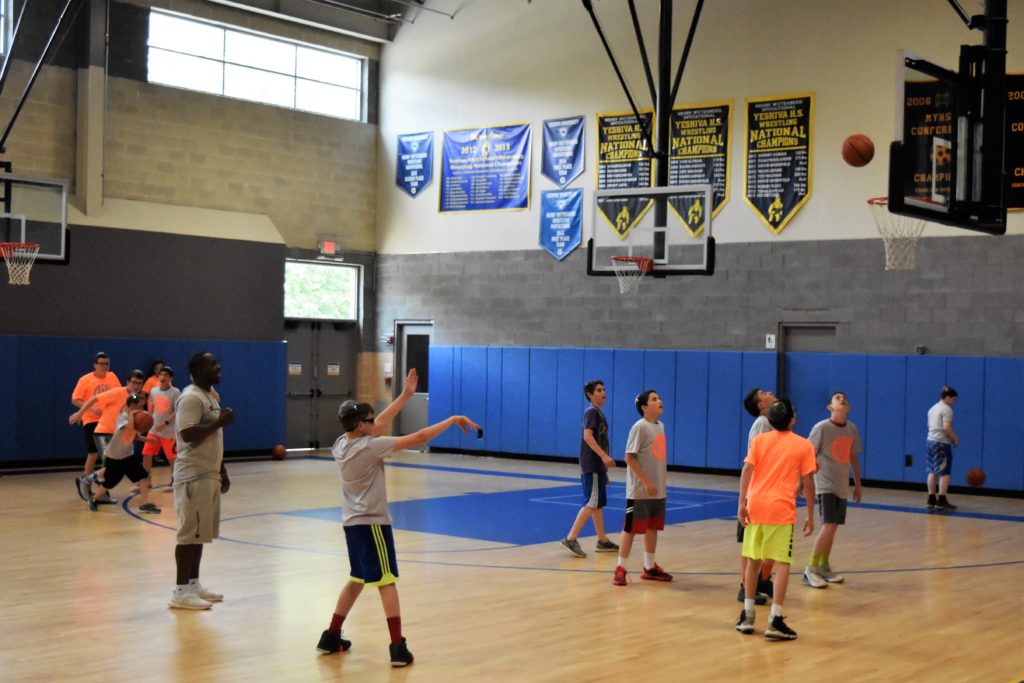