It is a dark and stormy night – thank God. Israel is getting some desperately needed rain this week, and downpours with strong winds are forecast for the next few days. The fog is thick here at the higher elevations of Tzfat – we’ve spent the day literally in the clouds.

Israel has been suffering from a five-year drought, the worst in forty years. A month ago, Batei Knessiot were advised by the Rabbanut to add a prayer for rain in the Amidah. Last week, the prayers for the Fast of the Tenth of Tevet included large gatherings to pray for rain. And a few days ago Chief Rabbi David Lau held a prayer gathering for rain, attended by local kibbutzim and schools, while standing in the middle of the Kinneret, the Sea of Galilee – and he didn’t need to walk on water to do it. The water level of the Kinneret is so dangerously low that everyone was able to stand on an island that has appeared in its center.

So the whole country has been praying for rain – and now the rains have come in force. This has led to a bit of self-congratulation in some religious sectors, some claims for the efficacy of prayer, for the power of faith. I don’t want to rain on this parade, but not only is this a bit premature, since the water problem is still far from being resolved, it’s also a bit immature. One of the occupational hazards of the religious life is slipping into magical thinking: taking superficial connections as signs of a spiritual causality, reading occasional surface synchronicities as “signs from heaven.” Some religious leaders are quick to declare that certain natural cataclysms are punishment for certain moral or halakhic failings, pretending they know the mind of God, and believing that in making such pronouncements they are following the model of the prophets. There’s a difference: the prophets actually did know the mind of God, because God told them.

In prayer we really can communicate with God directly, not through pretense or wishful thinking or rote ritual, but through utter sincerity.

The great Tzaddikim known for effectively praying for rain – Honi ha-Me’agel, Abba Hilkiyah and his wife, and Chanan ha-Nechba, all members of the same family, all buried nearby in Hazor ha-Glilit – are all described by the Gemara Ta’anit (23a,b) as no-nonsense, absolutely sincere people. No magical thinking – just straight-talk to God.

In this week’s parashah, Bnei Yisrael cry out from their cruel Egyptian enslavement:

And in those many days the king of Egypt died, and the Children of Israel groaned from the work and cried out and their cry rose to God from the work. And God heard their cry and God remembered His covenant with Avraham, with Yitzhak and with Yaakov.

Rabbi Shalom Noach Berzovsky ztz”l, the late Slonimer Rebbe, in his Netivot Shalom, notes that five different terms for “cry” are used in this week’s parashah. All express the anguish of feeling estranged from God. All are pre-verbal – voice without words. But each has a different nuance. He matches the five kinds of crying out to the kabbalistic concept of five dimensions of soul, where soul means the structure of consciousness. The five levels are: Nefesh, the animating soul in the body; Ruach, the emotional moral soul; Neshamah, the intellectual spiritual soul; Chayah, the soul of eternal life; and Yechidah, the unitive soul that adheres to God. That Bnei Yisrael cried out with five kinds of cries from the five dimensions of the soul means that they cried with their whole being. The Rebbe says that such cries shake Heaven and earth and arouse the redemption. He also says that such cries are not yet prayer, they are prior to prayer, deeper than prayer:

This is the depth of the cry of a Jewish person, for the cry is the expression of strong heart-pain, for no word can express the deep pain of heart like the expression of this cry. And regarding this it is said “and God heard their cry… and God knew.” For only God alone knows this. For the angels and seraphim understand only speech, not a cry. Therefore the exodus from Egypt happened not by an angel and not by a seraph but only “Me, HaShem, in My Glory and My Self,” for only the Holy One, blessed be He, Himself, Who knows the hidden things of the heart, knows and understands the depth of this cry of Bnei Yisrael, which aroused the redemption. So, too, when we seek redemption we say it in terms of “from Your place, our King, appear and rule us,” for the Holy One, blessed be He, Himself, from His place shall appear to us and redeem us, for He, blessed  be He, alone knows the depth of our cry, “for we are waiting for You.” (Netivot Shalom, Shemot, 26-28).

This is calling to God in truth – with our whole being.

We tend to identify prayer with the fixed liturgy composed by the Men of the Great Assembly at the beginning of the Second Commonwealth. It’s a brilliant and inspired liturgy, but if we mumble through it by rote are we praying yet?  As the Rambam says in the beginning of Hilkhot Tefillah, (1:4) the fixed liturgy was designed to help everyone express themselves to God with a degree of eloquence, offering praise, asking for the essential human needs, offering thanks. The danger is that it can become mechanical and impersonal, and the Rabbis of the Mishnah and Gemara caution us on this (Avot 2:13). But it is possible to pray the fixed liturgy in a personal and contemplative way, to take time to really inhabit it and mean it sincerely, with all our being. We can propel it with the cry of our heart.

So we are grateful to God for the rain, and continue to pray sincerely that it be rain of blessing for Israel and the whole region. But it’s not time for self-congratulation. Our world is so precarious in so many ways, and there’s so much work to be done. Right now, there are courageous people throughout Iran risking their lives to demonstrate against the tyrannous, corrupt theocratic government that has been oppressing them and spreading violence throughout the region and the world. As Jews we empathize with them —  we can hear their cries, and join our cries with theirs. My our true, sincere cries rise and be heard by God, Who knows our hearts, to bring real redemption to our suffering world. 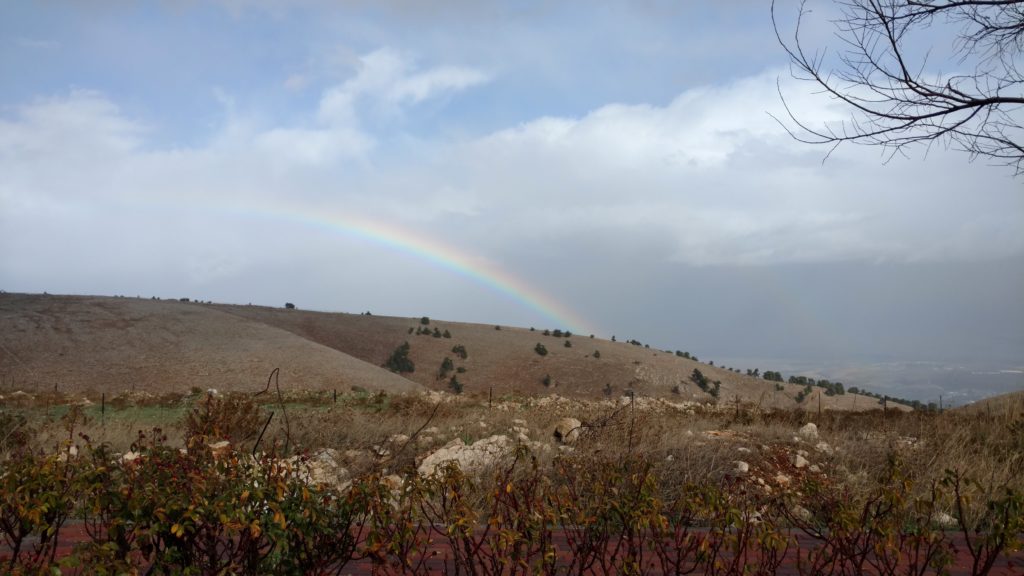 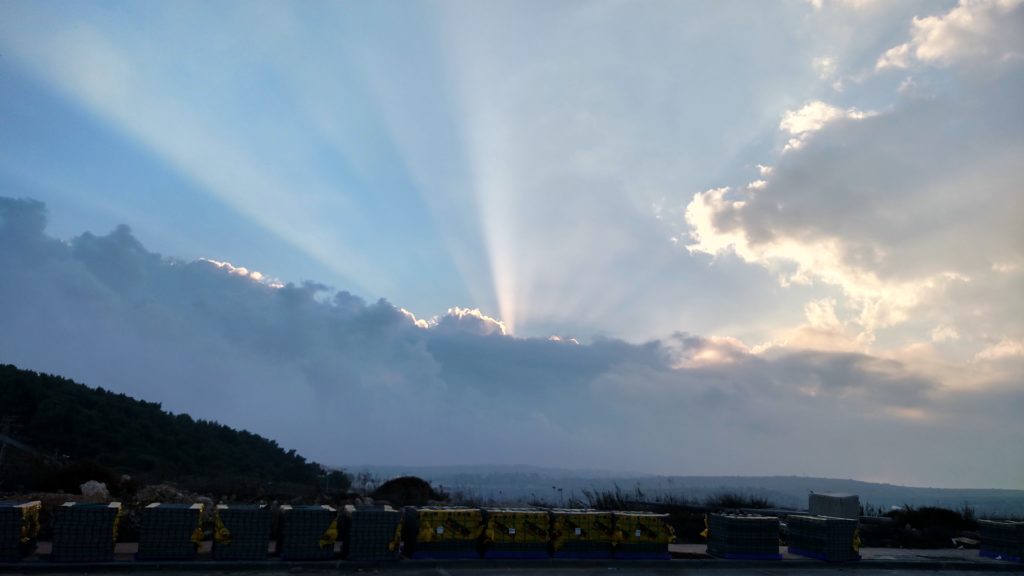