The hot topic in Tzfat these days is the upcoming municipal elections in two weeks. It’s a five year term for mayor and there’s a lot at stake. Tzfat is far from the hi-tech center of Israel and struggles economically. For a town that relies on tourism, it’s pretty shabby and down at the heels. It really needs an effective mayor who can make some significant changes to infrastructure and the way business is done here. As it stands now, there are four main candidates, two who are not religious and two who are haredi, and to be candid, the non-haredi citizens are worried. Of the two non-religious candidates, one is the current mayor, the other a former colonel in the Israel Defense Forces with a strong record, from one of the old Tzfat families going back sixteen generations.

I was talking with our Israeli tax advisor this week, a very savvy person, and she asked who I’m voting for. I said that I thought the fact that the colonel has roots in Tzfat going back sixteen generations is a plus, indicating a deep, heartfelt connection to the city. She agreed, and added that the current mayor “comes from the outside.” I asked “comes from the outside – you mean he only moved here recently?” “No,” she said, “he was born here and grew up here, but his family has been in Tzfat only for a few generations.” As someone who’s been in Tzfat for all of two years now, it was interesting to hear what it takes to no longer be considered an outsider around here.

On the other hand, the candidates are looking to connect with citizens, and here in Tzfat a local pub that caters to an Anglo crowd has been inviting the mayoral candidates to come and present themselves, their platforms and their visions for Tzfat to the Anglo community of Olim. We’ve attended two of these gatherings. One of the candidates acknowledged that though the Anglo community here is relatively small, coming from outside it brings a fresh perspective and wisdom that can be helpful on the path towards helping Tzfat rise to its higher potential as a spiritual and cultural center. So there’s something to be said for an outsider’s perspective.

And we learn this from Avraham Avinu and Sarah Imeinu, who also came as Olim Hadashim, new immigrants to this Land in this week’s parashah. This is an unusual aspect of our Jewish core narrative. Numerous other national and ethnic groups go to great lengths to assert their rights to their land, usually by pointing out how long they have been there and how deep their roots are. Many ethnic groups have what’s called a myth of autochthony, meaning they hold to a myth that claims they have grown out of the very ground itself as the first human inhabitants of their land.

But our Torah narrative emphasizes the opposite: that we are not originally from the Land of Israel. Avraham is told to leave his land, birthplace and family home and enter a land foreign to him that will become the homeland of his descendants. And the nation of Israel has to return to the Land of Israel from exile in Egypt, crossing the Jordan river, to reclaim their inheritance. The Torah goes to lengths to show we are not from here.

Yehoshua, who succeeds in bringing the nation of Israel into the Land of Israel, sums up our immigrant history in his moving, final speech to the people:

And Yehoshua said to the whole nation, “Thus says HaShem, God of Israel: On the other side of the river your forefathers dwelled from ever, Terach the father of Avraham and the father of Nachor, and they worshipped other deities. And I took your father, Avraham, from the other side of the river and walked him through all the Land of Kena’an and I multiplied his offspring and gave him Yitzhak…

Twice Yehoshua mentions that our nation begins on the other side of the river. This is one meaning of one of the identifiers applied to Avraham in the parashah: Avraham ha-Ivri. Rashi explains:

Ha-Ivri – that he came from the other side of the river.

This is the source of one of the alternate names for a Jew – Ivri, oddly transliterated in English as Hebrew, hEBRew meaning “other-sider” – one who passed over (avar) from the other side (ever) of the river Jordan to get here.

The people said to Yehoshua “HaShem our God we will serve, and to His Voice we will listen.

Rabbi Yaakov Leiner of Iszbicz in his Beit Yaakov expounds on the impact of displacement on the way Avraham served HaShem, the way the people dedicated themselves to serving HaShem and the way each of us should serve HaShem. That we begin as displaced from somewhere else is so that we integrate this perspective in our lives:

Israel should no longer be stuck in anything. For it sometimes occurs that a person is stuck in pleasures and small lusts and it’s not in his power to separate from them because it seems to him that they are his life… And similarly, it occurs that a person is stuck in one understanding or opinion and cannot move from it… But HaShem, blessed be He, does not want this, that a person be weighed down under one opinion and insist on it so as not to move from it. Rather, this is what HaShem wants – that a person be ready at every instant to follow only HaShem’s Will… And corresponding to this HaShem, blessed be He, said to Avraham “get yourself going from your land, from your birthplace… that is, that he should leave his routine and follow constantly only the Will of HaShem.

Popular culture somehow got it into its head that consistency is a sacred value and changing an opinion is waffling and lack of principle. But a politician, or any one of us, who changes their view might actually be committed to a higher principle: seeking truth rather than sticking mindlessly to one narrow opinion. Even observant Jews sometimes make the mistake of thinking that the Torah endorses rigid sameness in mitzvah practice and commitment to one line of halakhic decision-making or opinion. But Rabbi Leiner learns from HaShem’s displacement of Avraham that the true path of Torah and Mitzvot is to be attentive to HaShem’s Will and ask ourselves in every situation what it is that HaShem wants of us – and be ready to move and change and adapt ourselves to the needs of the moment – from HaShem’s infinite perspective and wisdom, not our own limited vision. The six hundred thirteen mitzvot and the entire structure of halakhah are just the beginning, a general outline of HaShem’s Will. Fully integrating the halakhah into our lives in detail is a good start, but it’s only a start, according to Rabbi Leiner. Then we have to use all the Torah we are learning to help us give attention to ask what HaShem actually wants in each and every specific situation. Not narrow, tracked stubbornness but alert, expansive flexibility is the true path of Torah.

Rabbi Leiner adds that HaShem’s call to Avraham to get himself going and leave behind everything familiar to him does not specify to where he should go – only that it’s “to the Land that I will show you (Gen 12:1).” He explains this open-ended command: “HaShem is saying to Avraham that up until now he has been trying to get a sense of God’s Glory based on his own intellect, but HaShem can show him more and more, endlessly (sec. 1).”  The secret to the glory of Tzfat, of the Land of Israel and of the Jewish people in general, is to honor our tradition, yes, but with an outsider’s mind, open and ready for change and growth, endlessly. 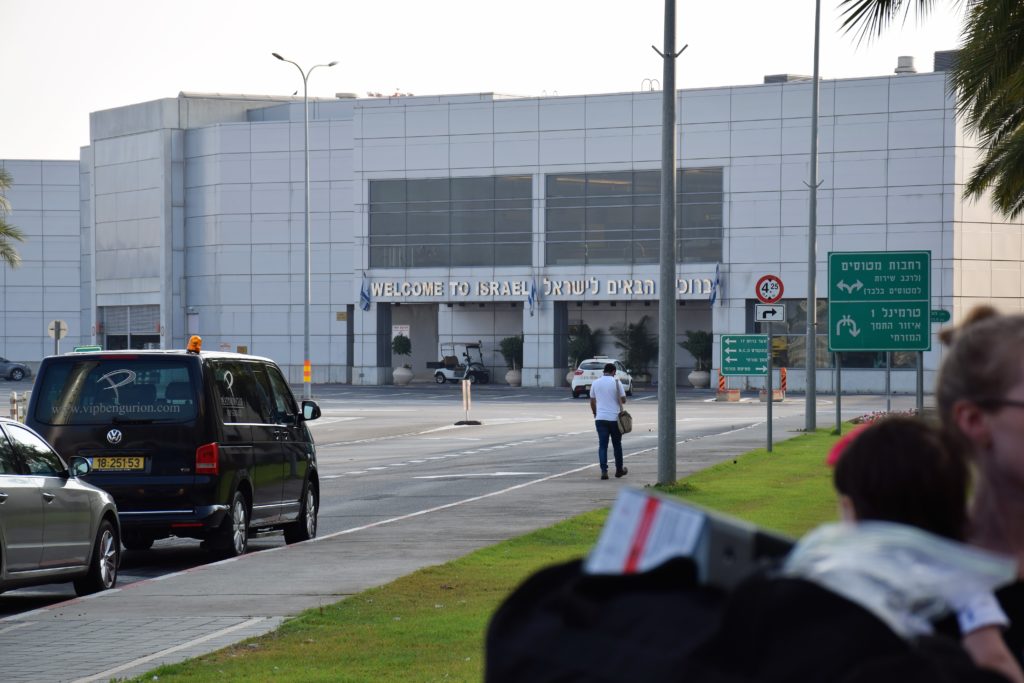 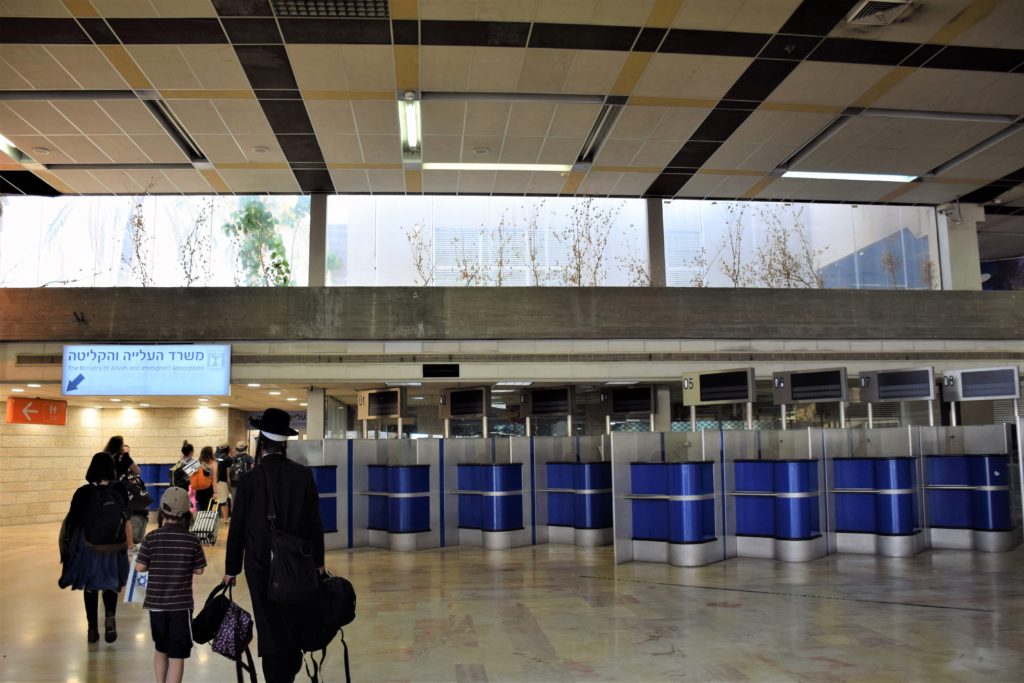 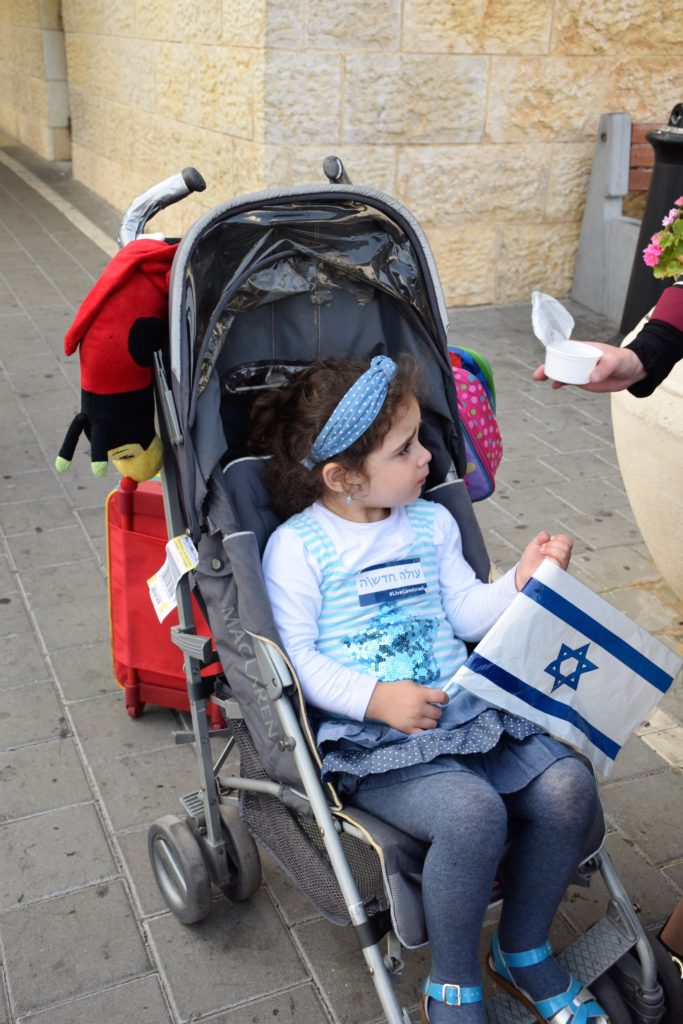