In Melbourne the other day, we offered to take a walk with one of our grandchildren and do a little pre-Yom Tov shopping on the way. When we suggested a direction to walk, this grandchild vetoed it, saying that they have a fear of homeless people and in that direction many homeless people hang out. The people our grandchild was concerned about sit or sleep on the sidewalk, closer to their view of the world. Even so, we tried to reason with them, that many people who are homeless are often just good people in unfortunate circumstances, that it’s okay to be a bit wary but no need to be afraid, but we weren’t making headway. So we walked in another direction.

On our way back from the shopping we were waiting at a stoplight and noticed that an older man waiting next to us was wearing a Los Angeles Dodgers baseball cap. Anne’s father is from LA, so she struck up a conversation and asked if he was a fan of the Dodgers. He said no, he had gotten the hat and a matching sweatshirt at the Oppe Shoppe. We just passed one of these on our walk so we understood this was an Opportunity Shop, a second-hand clothing store. As we walked and talked he told his story: that he had been struggling financially, he had been homeless for a while, and had lived in some dangerous neighborhoods. But a year and a half ago he had enrolled in a creative writing program for adults and started writing seriously and getting published a bit. He was able to move to a better neighborhood, and is about to finish and publish his first novel. He was turning his life around. He said it’s really true about the advice they give you in creative writing courses – to write about what you know – because all writing is really writing about yourself, and a way of discovering who you really are. And writing became for him a way of renewing himself and recreating himself. For our grandchild this was a valuable human and humane encounter – to meet someone who had been homeless, was a good person and had changed his life for the better. And for us it was a lesson about renewal for Rosh HaShanah.

One of the main aggadic themes of Rosh HaShanah is also about writing:

Three books – memory books of the actions of people.

It means to me that Rashi is not explaining the Gemara that in the three books they just write and sign [and that’s what the books are made for], but that the actions of people are written all year in the three books.

His point is that in these three heavenly books we are the ones who do the writing, in the sense that our actions, words and thoughts don’t just vanish into the ether after they happen. They are remembered. We remember them, the people impacted by our words and actions remember them, they continue in the space-time continuum along with old Australian reruns of Skippy the Bush Kangaroo and the Goodies and Mr. Bean, and Heaven remembers our thoughts, words and actions in detail. As Rebbi Yehudah haNasi says in Pirkei Avot:

Gaze at three things and you will not come to transgress: know what is above you: a seeing Eye, a hearing Ear, and all your actions are written in a book.

In our media-and-surveillance-saturated, selfie-snapping society we have no trouble imagining how this can be possible – that everything is retained in the cosmic consciousness of God.

But the fact that we ourselves do the writing in the Books of Remembrance, that we write by living our lives, means that it’s not just the bare outlines of our actions that are inscribed, but everything – the background, the context, our motives, our levels of awareness, the immediate and continuing impact on others. As in writing a novel and all good storytelling, it’s not just about the storyline. Writers since King David write to explore human motivation, what makes us tick. And we read novels and stories not just for the action but for the meaning, to reveal something about the human experience, and to apply these lessons to ourselves.

Rebbe Yaakov Yitzhak of Pruszyscha was once learning in his room when his great student Rabbi Simcha Bunam came in. Rebbe Yaakov Yitzhak looked up briefly from his book and said: “say a verse from the Torah and I will interpret it for you.” Rabbi Simcha Bunam said the first verse that popped into his head, the last verse of this week’s parashah that refers to the song Ha’azinu that Moshe was commanded by God to teach the congregation of Israel:

And Moshe spoke into the ears of the entire congregation of Israel the words of this song until they were complete.

Rebbe Yaakov Yitzhak repeated the last phrase “until they were complete,” and went back to his learning. Rabbi Simcha Bunam left the room in high joy. A young man who heard the exchange asked why he was so happy – he didn’t get the interpretation he was promised. Rabbi Simcha Bunam said to him – “Just think a bit.” Then the young man realized what was being taught: “until they were complete” refers not just to the words of the song, but also to the people listening and learning it. So, too, when we review a book, including reviewing the book of our lives, the point is to take the lessons to heart, to improve and perfect ourselves.

Rabbi Yitzhak Luria, z”l, the great kabbalist of Tzfat, explains that all our actions, words and thoughts are a process of Birur, of clarification of ourselves to ourselves. Throughout our lives, most of who we are remains hidden to ourselves and only comes out through thought, word and action. Like the dark matter and energy of the universe: astrophysicists say that 68% of the universe is dark energy which we cannot directly perceive, even with our best current scientific instruments; 27% is dark matter which we also cannot directly perceive; and only 5% is the familiar matter and energy that we are able to perceive with our senses and our scientific instruments. Everything we sense of the universe around us is just the thin surface of the physical world that is really and fully here, in us and around us. Similarly, in the psychological dimension, most of who we are remains unconscious, and it’s through our moment to moment involvement and self-expression in the world, through the very narrow opening of conscious awareness in the present instant, that we reveal ourselves to ourselves over what we call time. Sometimes we surprise ourselves with our weaknesses, tripping up in actions, words or thoughts. Other times we surprise ourselves with inner strengths and abilities we did not know we have. Existence in the world is a process of continual self-revelation.

It is taught, Rabbi Yehudah says in the name of Rabbi Akiva: [God] says “say before Me [in prayer on Rosh HaShanah] the verses of Malkiyot, Zikhronot and Shofarot. Malkiyot, [verses of] Kingship, so that you will recognize Me as King upon you; Zikhronot, Remembrances, so that the remembrance of you arises before Me for good; and through what – with the Shofar.

The themes of kingship, remembrance and shofar are the three themes at the heart of our Mussaf prayer on Rosh HaShanah. Rebbe Shmuel of Sokachov asks implicitly what these three themes have to do with each other: why these three, and is there a common thread between them, or are they just an odd collection? He answers that they are all bound together in one principle – their common theme is revelation of the hidden.

The theme of the verses of Kingship is to bring the Glory of God into revelation.

And this is Remembrance – that something that was in a state of hiddenness is brought to revelation – like something that was almost forgotten and just a trace of it remains in the mind in great unconsciousness and then is remembered and revealed in heart consciousness. And there are thousands of examples of this of things that are in early memory in hiddenness and one brings them forth to be revealed in the world.

Remembrance on our level is the familiar, though still mysterious, psychological process by which we reveal to ourselves traces of experience encoded in thought. Based on the Torah principle that we are created in the image of God, the Torah projects this process onto the divine realm, mutatis mutandis, as it were. Rabbi Shmuel’s point is that on Rosh HaShanah the fullness of our being is revealed and examined in heaven, and on our level we work with our own memories of our past thoughts, words and actions, to fix what needs fixing.

This is [what the Gemara means, asking] “with what” [do we facilitate this process?] “With the shofar.” Speech alone does not have the power to awaken and draw forth what is hidden in the beginnings of the mind, but combined with the Shofar, which is the inner voice that comes from the depths of the heart, this has the power to arouse the hidden and draw it into this world. So, too, when people do repent their transgressions, spirit brings spirit and draws spirit. Understand this.

The world of words tends to focus on experience encoded in language. The shofar represents the non-verbal dimensions of consciousness, by which we arouse even deeper levels of emotion and experience.

These three themes of Rosh HaShanah are all about bringing the hidden to revelation. And this is the renewal that we seek. It’s not just newness. It’s re-newal. We are not looking to become different people. We are looking to become who we truly are. We are looking to take all our past experience, how we have acted and expressed ourselves, and who we are that is still hidden from us, to build on our accomplishments and correct our mistakes, to bring it all out from unconsciousness and narrow consciousness to become the most expansively awake and aware ethical and spiritual version of who we are. It’s our own redemptive creative writing course, and we are editing the text of who we are.

So may we all take this opportunity, in this precious time between Rosh HaShanah and Yom Kippur, to write the great Jewish novel – the book of who we are, for blessing, for health, for fulfillment, for inspiration. For ourselves, our families, our community, for Am Yisrael and for the redemption of the whole world. 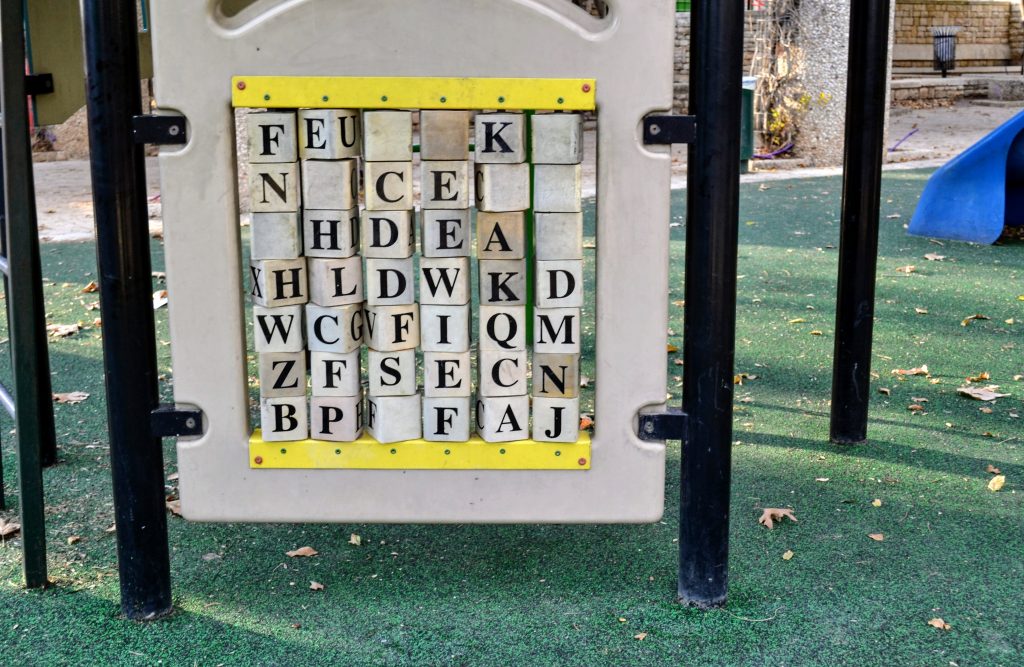 Write your own caption 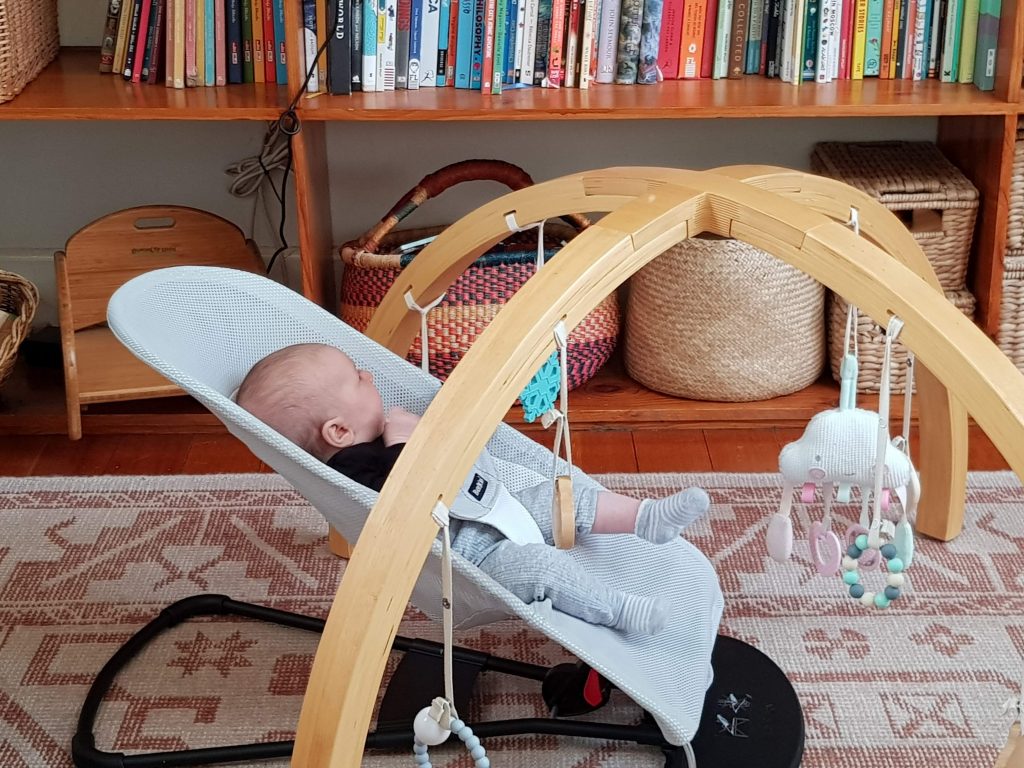 Our granddaughter thinking about the next great novel she will write