In Tzfat at mid-winter, sniffling and sneezing and coughing are de rigueur. It’s been cold and rainy, even a bit of snow, there’s a biting mountain wind. The older homes are not effectively heated and tend to be leaky and moldy. When we met with a realtor back in the summer to speak about settling in Tzfat, he advised us: “get through the winter and then come back to me.” We’re from Sharon, Massachusetts, we can deal with the cold – though we wouldn’t mind getting actually comfortably warm and dry for a bit. But this is Tzfat, so everyone goes around sniffling and coughing and wishing each other רפואה שלימה and החלמה מהירה – full healing and speedy recovery.

In the revelation at the burning bush, HaShem assures Moshe He is aware of the suffering of Bnei Yisrael in Egypt:

And HaShem said: I have seen the suffering of My people in Egypt and their cries I have heard due to his oppressors, for I know his pain.

Rabbi Meir Simcha HaKohen of Dvinsk comments on the change from plural to singular in the verse:

That individuals cry out and pray for the nation and for each other and not for themselves is a sign of moral virtue, and a deep principle of effective support in healing and political action. Emmanuel Levinas regards care for the other prior to oneself as the very essence of ethical consciousness – that consciousness by its nature is projected towards attention and care for the other before oneself.

A consequence of suffering and pain, whether from oppression or from illness, is a defensive focus on self, a self-enclosing existential loneliness. It’s understandable, but this focus can be self-limiting and self-defeating, keeping a person from being open to possible opportunities for help that may be available around them. In indigenous healing ceremonies, a central feature is a ritual enacted by the healer to dramatize the process of driving the illness out of the body by helping the sufferer shift attention away from themselves. This is still an essential aspect of the modern therapeutic relationship. Dr. Josh Kosowsky of Boston told me that he still reads his patient’s pulse by hand, not just to get information on their circulatory system, but to establish therapeutic contact and gently shift the patient’s attention outward. This orientation of prayer for each other and for the collective is expressed in the traditional prayer for the sick, which asks for healing for other “in the midst of the rest of those Israelites who are ill.”

A person needs to release constantly from his individual boundaries, that fill his entire being, until all his thoughts circle continually only around his individual fate, which brings a person down to the depths of smallness. There is no end to the physical and spiritual sufferings that surround a person from this. Rather, one’s mind and will and the foundation of one’s thoughts should be given over to the collective, the totality of all, the totality of the world, of mankind, to the totality of Israel, to all existence. From this even his own individuality will be firmly based in an appropriate manner. [Orot Ha-Kodesh, 3:101, p. 147]

When we pray for the welfare of others, we help them and we help ourselves open to the mystery of healing: that despite all the destructive and entropic forces of the world, there is an uncanny process of renewal and repair that breathes new life, new health, new energy into us all, if we expand our hearts and mind and allow it to enter.

This is what is celebrated in our Torah portion, Parashat Bo, in the first mitzvah given to Am Yisrael as a nation, the mitzvah of Rosh Hodesh.

This new month shall be for you the beginning of months, first for you of the months of the year.

In welcoming the renewal of the New Moon and the start of the month of Nisan, the month of salvation from Egypt and the beginning of a new chapter in Jewish history, we acknowledge the principle of renewal at the heart of reality. 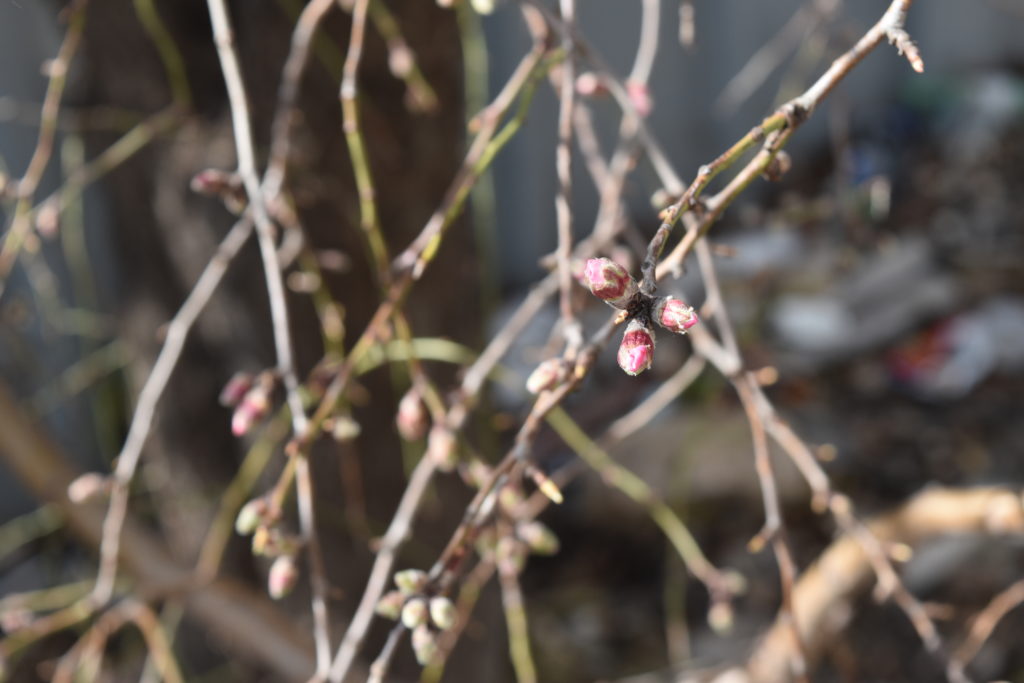 This renewal is also celebrated in the holiday of Tu BeShevat that arrives the following Shabbat. The fifteenth of the month of Shevat marks the very beginning of the warming of the world that signals the waning of winter and the inception of spring. The warming of the ground water by the strengthening sunlight starts the sap moving up in the trees and begins the formation of buds, as Rashi notes in Gemara Rosh Hashanah 14a, and Rav Hai Gaon explains in a Tshuvah (Harkavy, Tshuvot haGeonim, resp. 243). The Kabbalists of Tzfat in the 16th and 17th centuries created a Seder Tu BeShevat, modelled on the Seder Pesach, to celebrate this moment. It involves drinking four cups of wine, starting with white wine and adding more and more red, and eating fruits that are soft, that have pits and that have shells or rinds. The spiritual direction of the rituals is not up but down – to open up to receiving the mysterious spirit of renewal into our world, into our hearts, together.

And so here in Tzfat we wish each other and the whole world well, to open our hearts to each other, for a renewed spirit of brotherhood and sisterhood and healing for all human beings who are suffering in this troubled world.

One thought on “One for all and all for One”