In his sefer Pri Etz Hayyim, a codification of kabbalistic halakhot and minhagim, R. Hayyim Vital says that it is a sign of spiritual health and wholeness to weep during these Ten Days of Repentance (Rosh HaShanah ch. 7). The weeping he speaks of is not from depression or self-pity. It comes from a sincere awareness of the great disparity between our goals and our reality, between our hopes for who we could become and our acute realization that we’re not there yet. This weeping, coming from an honest and full self-appraisal, becomes an opening to action.

Midrash Hallel interprets the verse “Who turned the rock into a pool of water, the flint into a fountain (Ps. 114:8)” in reference to Rabbi Akiva and Ben Azzai, two men who became great scholars, supremely great, only later in life: “Rabbi Akiva and Ben Azzai were as arid as a rock, but because they were anguished for the sake of the study of Torah, HaShem opened for them an opening to the Torah, to those matters that the school of Shammai and the School of Hillel were unable to understand, as it says “He heals the river of tears and brings the hidden to light (Job 28:11).” It was their anguish and weeping, pools and rivers of tears, their heart-felt longing for Torah knowledge, that drew them on to work hard to transcend their limitations and open their hearts and minds to attain not only Torah knowledge, but a penetrating depth of Torah understanding.

R. Shlomo Efraim of Lunschitz in his commentary Kli Yakar sees a similar dynamic in this week’s Torah portion. He flags the disparity between the opening verse “And Moshe went and spoke these words to all Israel” and Moshe’s own statement “And he said to them, one hundred and twenty years I am today, I can no longer go forth and come back… (Dt. 31: 1-2).” On the one hand, Moshe went, and yet he says he cannot go and come. He explains that the going and coming refer to political action, now in the hands of Yehoshua, the new leader of Israel. But despite the limitations of age, Moshe is still very much on the move, “And Moshe went,” arousing and encouraging and inspiring his people to do Tshuvah, to work on perfecting themselves, which is the theme of the parsha.

Here in Tzfat we see a rather literal take on the concept of Teshuvah on the move: the Selichot Tour,  סיור סליחות. Groups of adults, teens and school children from Tzfat and from communities farther afield gather at night, quite late, and move from courtyard to courtyard around town. The program begins with a small band of musicians, typically a guitarist and hand drummer and perhaps someone on a wind instrument, playing inspirational music on the theme of repentance and forgiveness, largely an Eidot ha-Mizrach repertoire. Some groups listen politely, others, especially the teens and school children, sing along robustly. Then a Rabbi or other Torah motivational speaker is introduced to deliver a call to repentance, some of which are quite stirring. Then the group moves to the next courtyard. The religious observance of the groups is diverse. We live next to a  courtyard in the Artists Quarter with a little outdoor amphitheater, so we have heard these programs through our open windows (or even closed) almost every night from the week before Rosh HaShanah and throughout the Ten Days of Repentance. A cynic might carp that a Selichot Tour turns a solemn spiritual service into entertainment. But there is something touching here, and important. These people are moved to travel in this season and gather at night to devote themselves to thinking and talking and singing about repentance and repairing their relationships with each other and with God. Yes, the spirit is a bit festive, no weeping here. More accurately it’s a feeling of family, of belonging to Am Yisrael not just as nation but as family. When they sing together Avinu Malkeinu, our Father our King, there is a sense of intimacy and family bond with our Father — a real coming close together. This is perhaps the most direct reading of the opening of our parsha: “And Moshe went and spoke these words to all Israel.” The Toldot Yitzhak asks where did Moshe go, and answers: “he went to the street, to the workplace, to individuals and to groups — he went to all people of Israel bringing the word of HaShem — Moshe went on a סיור סליחות , a Selichot Tour.

These Ten Days of Repentance are a time of great opportunity. Maimonides alerts us: “Even though repentance and crying out are always good, in the ten days between Rosh HaShanah and Yom HaKippurim it is extremely good and immediately accepted, as it says “Seek HaShem when He may be found, call Him when He is close (Ps. 55:6).” This is the time to get moving, to face the disparity between where we are now, all the self-limitations in which we have become entangled, that hold us back, and our high ideals, and get to work to close the gap. There is plenty to cry about in this world right now, on every level, international, national, communal, personal. But the cry we are encouraged to cry is not of powerless despair, but of deep longing for the good, a battle-cry of the heart to get moving to work on ourselves and our world.

May we all be sealed for Good, for Life, for Peace. 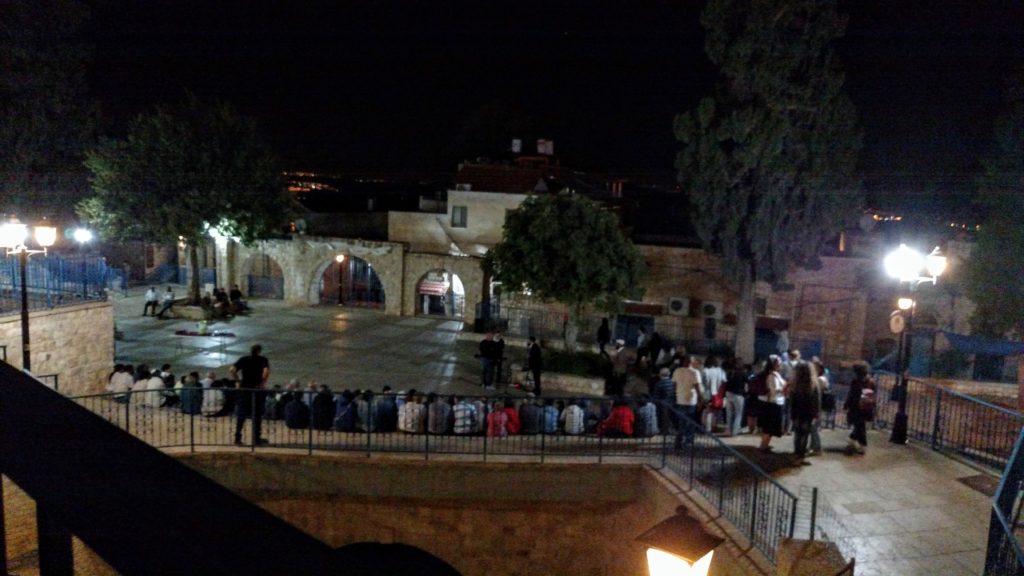 4 thoughts on “On the Move”