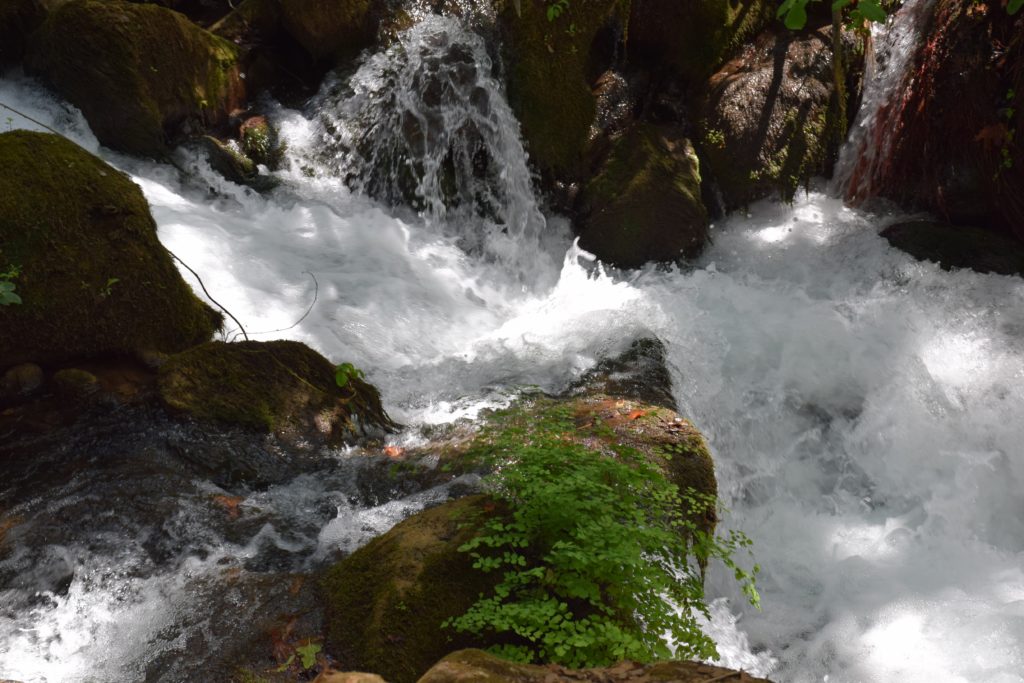 For two evils have my people done to Me: Me they have abandoned, the source of living waters, to hew for themselves cisterns, broken cisterns that cannot contain the water.

This week I attended an extraordinary four-day conference in Jerusalem presented by the Herzl Institute entitled “Teaching Tanakh as a Source of Theology and Philosophy.” The conference featured Dr. Yoram Hazony, Dr. Joshua Weinstein, Rabbi Rafi Eis, and a gathering of deeply thoughtful, seasoned Day School and Yeshivah educators from Israel and the United States. This was an eye-opener from start to finish. The conference was built around the brilliant approach of Dr. Hazony to a vigorous, robust read of the Tanakh. Tracking the broad thematic patterns and the detailed poetic techniques of the narrative, prophetic and expository texts, we began to hear the true spirit and wisdom of Tanakh in its authentic voice. Our challenge now is to integrate this dynamic approach into our teaching.

Part of the exercise involved stripping away centuries of misreadings, distortions, false assumptions and alien ideologies projected onto the Tanakh by Christian and Western academic culture, all infected with a Hellenistic approach to God, world and history. It’s instructive and unsettling to see how these misreads have worked themselves into Jewish thought, dati and haredi as well as secular.  The Greek tendency to think reductively and systematically, to reduce the world to rigid sameness, tries to put God and reality in the box of human understanding. Levinas, in Totality and Infinity, notes that this philosophic attitude is part and parcel of Greek political world-conquering totalitarianism. Ultimately, Western thought falls prey to the sophist Protagoras’ notorious notion that “man is the measure of all things.” We see this pernicious attitude expressed in Greek conceptions of the divine as static perfection, in the Western penchant for systematic philosophies and theologies, and in the rigidity and narrowness of thought that shackle so many religious communities today, even our own, with such dangerous results.

Systematic thinking has its place in science and technology – though even here it can be carried too far and obscure discovery. But to try to box God into a human framework, to reduce God to human understanding, to carve out rock-rigid, limited cisterns to try to contain endless living waters, is not just arrogant mental idolatry. It’s a betrayal. Through the prophet Jeremiah, God cries out to us plaintively in the haftarah we read this week, in the tragic Nine Days: “What offence did your fathers find in Me that they have gone far from Me and followed after emptiness and have become empty (2:5)?”

God revealed through the Tanakh bursts all human limits and evades all human attempts at pinning-down. Tanakh reminds us over and over of God’s endless transcendence and the limitations of our minds. Some intellectual and spiritual humility, please. And yet, precisely because of this, Tanakh also reminds us that we are in relationship with God: a real living, loving relationship, with its ups and downs, twists and turns, full of surprises. In Tanakh God “looks in from the windows, peeks in from the lattices (Song of Songs 2:9)” in all kinds of ways, unpredictably.

In 1 Kings 18 good governor Ovadyahu runs into Eliyahu ha-Navi, who has been commanded by God to confront evil king Achav, who himself is gunning for Eliyahu. Eliyahu instructs Ovadyahu to tell the evil king “Eliyahu is here.” Ovadyahu objects: “Now you say go tell my lord ‘behold Eliyahu is here.’ And it will come to pass, as soon as I am gone from you, that the spirit of HaShem will carry you whither I know not, and so, when I come and tell Achav, and he cannot find you, he will slay me, though I, your servant, have feared HaShem from my youth (1 Kings 18:11-12).”

Ovadyahu gets it. The world of true spirit is unpredictable, and that’s the beauty of it. Eliyahu, a man of spirit, can shift on a shekel to follow God’s Will, though in this instance, Eliyahu actually stays put for the showdown at the Carmel corral – and that’s the surprise. Just as in a healthy, honest human love relationship we don’t pin down the other with controlling behavior and limiting assumptions, all the more so with God. Tanakh calls us to wake up to the real world of the spirit, to drink from living waters, in responsive, openhearted relationship with God and with each other.

Earlier this week, we met people who live this way. We made a Shivah visit to a family who experienced an acutely painful loss. Their hospitality to us was warm and caring, though their hearts were broken. We spent a long time listening to father, mother, sisters, brother and children tell their stories and share their Torah family wisdom. We were touched by their resilience, a strength that faced the incomprehensible pain, and carried it. The father and mother came to Israel from Morocco, from a family of great Torah scholars. They were placed at first in a transit camp. The father related that one night, Rabbi Shimon bar Yohai came to his mother-in-law in a dream and told her it was now time to leave the camp and find a home as close to him as she could find. Rabbi Shimon bar Yohai is buried at Mount Meron, near Tzfat. With this guidance they traveled to the area of Meron and found their home in the village of Shefer, a lovely dati community right nearby, where they flourished. These are people with open hearts and deep Emunah, living in intimate, responsive, living connection with God. They are spoken to, and they listen — “their departures for their journeys by the mouth of God (Num. 33:2).”

During the Nine Days, in the period known as Between the Narrow Straits, we reflect on the tragedies of our Jewish history and world history. We reflect on the warnings of prophets like Jeremiah that went unheeded and led to the destruction of our Holy Temple and the exile of our nation and the still-suffering, violence-wracked world around us. Can we open our hearts and minds to hear the real, still-urgent voices of the prophets? Can we hear the real voice of God calling to us in the Tanakh and in our lives? Can we take up our God-given opportunity to rebuild a society of justice, compassion and righteousness in our homeland, a society that will be an inspiration and model for the whole world, as God, through Jeremiah, urges?

If you will return, Israel, says HaShem, return to Me. And if you will put away your

abominations out of My sight without wavering and will swear As the Lord lives, in truth, in justice and in righteousness, then the nations shall bless themselves in him and in him shall they glory (4:1,2).

One thought on “Living Waters”