During the entire month of Nisan the daily penitential prayer Tachanun is not said, based on rulings found in the Gemara Menachot and the halakhic calendar Megillat Ta’anit:

Since for most of the month of Nisan penitential practices are suspended, the suspension was extended to exempt the whole month. The Gemara and Megillat Ta’anit go on to explain that these periods of the month of Nisan celebrate the success of the Perushim in convincingly overruling the Tzedukim regarding who brings the daily sacrifice, and convincingly overruling the Baitusim regarding how to count the fifty days between the first day of Pesach and Shavuot.

The Tzedukim and Baitusim were Jewish movements of the Second Temple period that insisted on a rigidly literal reading of the Written Torah to guide religious life, and rejected the Oral Torah. The Perushim held that Torah includes the Written Chumash plus the Oral tradition that interprets and supplements the Written Torah, both revealed at Sinai.

Literalism reduces the Torah to a text read by a superficial human measure of what words mean. The Gemara goes on to show that trying to understand God’s Torah through rigid literalism leads to absurdities. By contrast, the Perushim respected the Torah as a divine text, the Word of God Who is Infinite. We shouldn’t expect the divine Word to be limited like human speech, and we shouldn’t expect to read the Torah like a shallow newspaper or other human text. God’s Torah is gloriously polysemous, having multiple dimensions of meaning that require the guidance of the Oral tradition, great wisdom, interpretive skill and flexibility to understand God’s real Word and Will in truth. As it says in Midrash Bemidbar Rabbah (13:15), “there are seventy faces to Torah,” and according to the kabbalistic tradition many, many more.

The Perushim prevailed in their time, and today’s rabbinic tradition is built upon their approach. But the struggle between multi-dimensional interpretation and shallow literalism resurfaces in every generation in different ways. There always seem to be people who crave a simplistic, superficial form of certainty in their lives and try to reduce the magnificent complexity of Torah and Torah tradition to something rigidly literal. Maimonides, in the introduction to his Guide of the Perplexed, references his battle against literalism in his own time, applied not just to Torah but to wise rabbinic teachings in Gemara and Midrash that were clearly intended allusively and metaphorically, but were taken literally by some rabbinic authorities, with ridiculous results that desecrated the profound wisdom of Torah and its true teachers, and led to the perplexity he was trying to cure. Knowing how and when to apply literal, metaphorical, symbolic and hidden readings to Torah and its traditions, and how to apply the interpretations to real life situations, takes a multifaceted skill-set, and this is what God asks of us as Torah Jews.

Correct interpretation was also at issue in the tragic event of this week’s parashah. At the dramatic climax of the dedication ceremony for the Mishkan, divine fire appears from Heaven and consumes the offering on the outer sacrificial altar, a sign of divine favor – the Mishkan really works! It should have been a triumphant event for Israel. But at that moment Nadav and Avihu, righteous senior sons of Aharon haKohen, take censors to offer incense on the inner incense altar inside the Mishkan tent, and light them with “strange fire,” and “a fire came forth from before HaShem and consumed them, and they died before HaShem (Lev. 10:2).”

The Gemara and commentators offer several accounts of what Nadav and Avihu did wrong. The Torah itself says “they offered before HaShem a strange fire that He did not command them (Lev. 10:1).” Through careful analysis of passages in the Gemara Eruvin and midrash halakhah Torat Kohanim, Rabbi Barukh HaLevi Epstein explains that rather than take from the divine fire that has just appeared on the outer altar, they ignite their own fire to kindle the incense. Under normal circumstances in the Mishkan and Mikdash the halakhah stipulates that the fire of the outer sacrificial altar is lit by human agency, and the fire for the inner incense altar is taken from that fire. So Nadav and Avihu made a subtle mistake in interpretation, thinking it was therefore appropriate to light their own fire.  But in the present circumstance, when God Himself is inaugurating the Mishkan, to light their own alien fire is an act of lese majesty that costs them their lives. Interpreting halakhah properly, knowing when to understand literally and when to understand figuratively, and applying it properly to the situation at hand, is the great skill God demands, especially of Torah leadership.

This is not just academic issue, and not limited to ritual issues. In the current pandemic crisis, misapplied literalism and misapplied figurative interpretations of Torah and rabbinic statements have led to widespread illness and death. Truthful interpretation of Torah is a life and death issue. Every day in our morning prayer, in the prayer for Torah learning said before the Shema, we ask God to help us “to understand, to intuit, to hear, to learn and to teach, to keep and to do and to fulfill all the words of Your Torah teaching in love.” It’s God’s Will we are trying to discern and fulfill, in truth and in reality in the myriad changing challenges of life —  we need vast resources of mind and heart, and we need all the help we can get. We also need real and honest humility, not just a posturing humility and not a humility based on paralyzing fear.

The month of Nisan is a time for celebrating the wisdom of Torat Emet, Torat Hayyim – the Torah of Truth, the Torah of Life. May we understand, intuit, hear, learn, teach, keep, do and fulfill God’s real Will together to bring true wisdom, compassion and healing to our world. 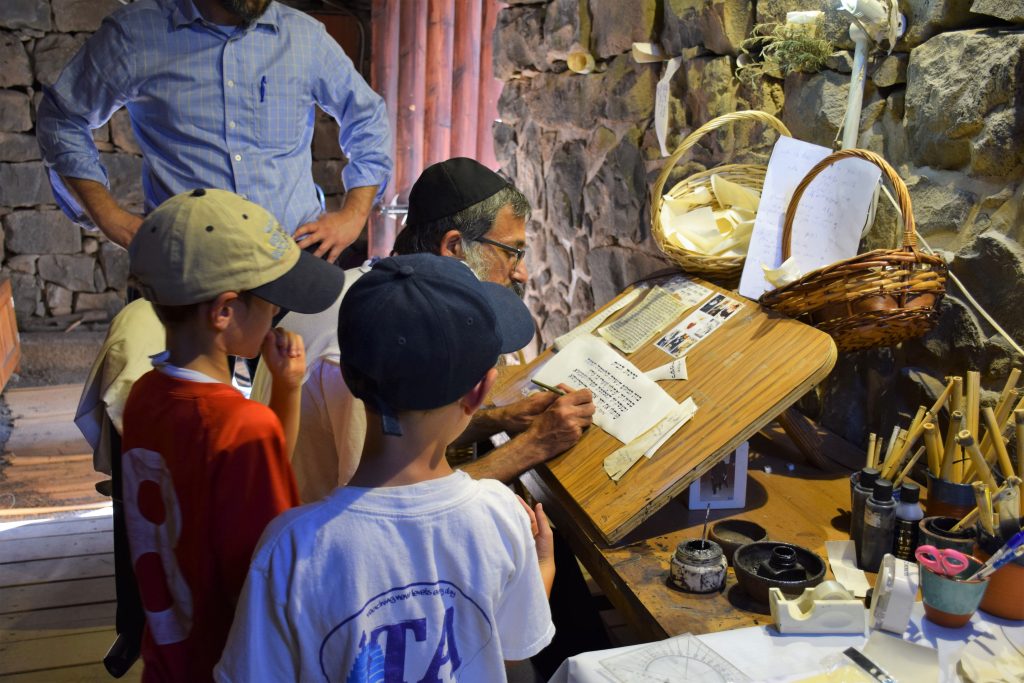