This week we started Ulpan in Tzfat. It’s a second level course known as אולפן תעסוקה, Occupational Ulpan, focusing on technical terminology and practical expressions used in the work world, blue collar and white. There’s a colorful mix of people in the class, from Russia, the Ukraine, Uzbekistan, Argentina, England and South Africa, the United States and even New Yawk. One student looks just like Hercule Poirot, portly build with fastidiously up-curled mustache, but is from St. Petersburg, not Brussels. We come with a range of occupations. Those from Russia, Ukraine and Uzbekistan are electrical engineers and teachers of music and mathematics. The Americans are mostly retirees and teachers. There are two film editors, a biologist in the field of environmental quality, and a carpenter.

For us Anglos, who can get by in Israel with a mix of Hebrew and English, this course is useful for a deeper level of acculturation. There is great value in learning how to handle yourself in your chosen field, and communicate with more engagement, accuracy and depth with the various working people you encounter in daily life. For the Russians, though, this course is urgent. To make it in Israel they need the technical Hebrew and need it fast. This was made clear by one of the students, a man in his early thirties, an HVAC technician from Russia, who is having trouble finding a job in his field. He’s currently working as a janitor in a school, having scraped by for a while with day jobs. In halting but quite serviceable Hebrew he complained of a recent incident in which he applied for a job in a factory. He was put to work that day carrying heavy building materials. At the end of a tough day, he was told it was only a trial period and they decided not to keep him – and they dismissed him without paying him for his work. He tried to complain, but his Hebrew wasn’t up to it, and they paid no attention to him. The Ulpan instructor assured him and the class that it is the law that anyone who works for a company, even for a trial period, must be paid for their work, but she had no advice on how to seek redress.

After the class I went up to the man to talk about what happened and what might be done, both of us connecting with our equally rough but serviceable Hebrew. He recounted other instances in which he was not taken seriously, or taken for a fool, or not acknowledged as a person at all. It’s been a tough absorption for him. He said he came here with high hopes; he came to give his body and soul to Israel, to work hard and contribute his skills. He came expecting to find a country where Jews take care of each other and treat each other with justice and dignity, but so far he has run into people who care more about money. So he signed up for this occupational Hebrew course so he can handle himself in the work world. He doesn’t seem to have much of a social network yet. We happen to have a friend in the court system and a friend in the police, so I offered to speak with them for straight advice on how to get compensation, but he was not optimistic about his chances of fixing the past. We also have a friend at Livnot U’Lehibanot in charge of building operations, who works with HVAC companies and might be able to get him interviews. With this suggestion, moving forward not backward, the man perked up. The next day I spoke with our friend and he said he will work to help the man find employment that is worthy of his skills.

In this week’s Torah portion Moshe Rabbenu gives us the key to developing and sustaining a viable, thriving nation in the Land of Israel:

Justice, justice you must pursue, in order that you shall live and inherit the Land that the Lord your God has given you.

Rabbi Moshe Alsheikh, one of the great sixteenth century kabbalists of Tzfat of the circle of the Ari z”l, whose Shul is not far from where we live, explains in his monumental commentary that it is not enough to seek justice as law and judgment. We are commanded to pursue “the justice of justice,” a justice that is true and whole and deeply compassionate.

Years ago, on a Young Israel of Sharon tour of Israel, our guide Yishai Avital gave us a historical insight that has stuck with me. He took out a topographical map of Israel, showing mountains and valleys color-coded for elevation, and explained that in the ancient period the land of Canaan was known as “the way of the sea.” Situated between the two powerful civilizations of Egypt and Mesopotamia, Canaan was on the major trade route. A caravan would set out from Egypt, travel north along the flat Mediterranean sea coast of Canaan to avoid the high mountainous spine that runs from Hevron (943m) to Jerusalem (760m), then hang a right just before Mount Carmel and travel east through the Yizre’el valley, a flat pass between the high mountains of the lower and upper Galil to the Kinneret, and from there on to Mesopotamia. The major highways run along the same route today. With traffic concentrated along this narrow path, caravans were easy targets for the various Canaanite tribes that made their living attacking them and attacking each other for spoil. The Torah recounts the succession of mom-and-pop tribes of Canaan that continually battled and conquered and destroyed each other. In the ancient period, the land of Canaan was the most dangerous neighborhood in the world. Yet it was into this neighborhood specifically that HaShem commanded Avraham Avinu and Sarah Imeinu to settle and raise their family and to this neighborhood that HaShem commanded Israel to return after the Egyptian enslavement. For what purpose? The most dangerous neighborhood in the world served as a laboratory to develop a new kind of nation, guided by a new vision of humanity. HaShem gave to Israel a special tool to enable us to survive and flourish in this tough territory: the Torah. Through Torah we learn to support each other, defend each other, treat each other with justice, dignity and compassion, care for each other and love each other as ourselves and cultivate a peaceful society. A society guided by these principles will prevail over those cultures of the Middle East for whom violence is endemic, then and now. Further, the ethical vision of Torah is not just intended to promote social cohesion and human flourishing on a merely tribal level, just for Jews, but to serve as a transformative model for humanity as a whole, a “light of the nations (Is. 42:6).”

In this light, with great sadness we honor the passing this week of Rabbi Eliyahu Yosef She’ar Yashuv Cohen, zikhrono livrakha. A Talmid Hakham of the highest order, a warrior and a man of peace, a heroic figure who lived through and helped shape the momentous events of the founding of the State of Israel and its marvelous continued growth, Rabbi She’ar Yashuv Cohen z”l was a pursuer of the justice of justice. He was Chief Rabbi of Haifa for 36 years. I was privileged to know him through our work with the Elijah Interfaith Institute. He was a passionate peacemaker among Jews, Muslims, Christians, Hindus, Buddhists and Sikhs. I particularly remember a five hour journey we shared being driven from Amritsar to Dharamsala over wild Indian roads, during which he regaled us with non-stop divrei Torah, stories of the early State of Israel and delightful humor.  He was the very ideal and model of the wise, noble, warmly open-hearted, compassionate human being that Torah is all about.

“Justice, justice you must pursue, in order that you shall live and inherit the Land that the Lord your God has given you.” A society built upon the justice of justice is the key to our survival and flourishing in the Land of Israel. We are still very much a work in progress, an ongoing experiment in a laboratory that is still the most dangerous neighborhood in the world. In this month of Elul, this time for taking stock on the personal and the national level, this time for righting wrongs and fixing mistakes, may we rededicate ourselves to the high eternal vision of Torah. 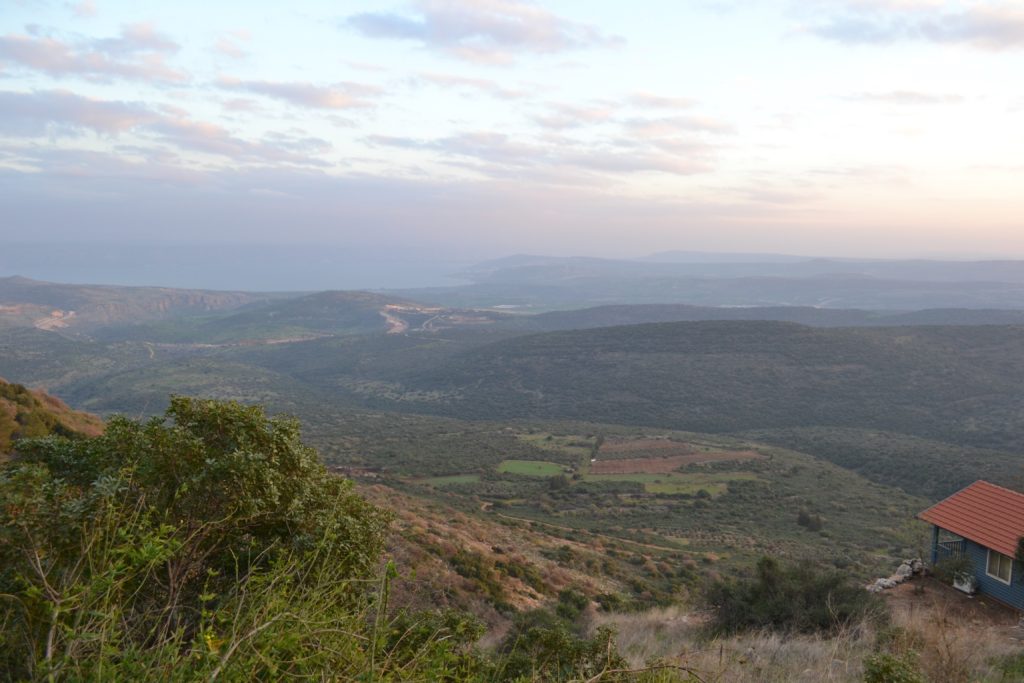 8 thoughts on “Justice of Justice”