This week’s parashah opens with some veiled criticism from God. At the end of last week’s parashah Moshe had complained to God that his divinely commanded mission to get Israel out of Egypt was making things worse. God responds:

I appeared to Avraham, to Yitzchak and to Yaakov as E-l Shaddai, but by My Name HaShem I was not known to them.

The Midrash Rabbah fills in the subtext:

The Holy One, blessed be He, said to Moshe: Too bad for those who are gone and cannot be replaced. Many times I revealed Myself to Avraham, Yitzchak and Yaakov as E-l Shaddai and did not make known to them that My Name is HaShem the way I said it to you, and they did not question My integrity… but you, at the beginning of My mission, you asked what My Name is, and at the end you questioned saying “ever since I went to Paro to speak in Your Name he made it worse for this nation, and You have not saved Your people at all.”

Rashi explains that HaShem is chiding Moshe for complaining and questioning His competence. The Patriarchs had revelations of God as E-l Shaddai – the divine Name that expresses God’s power to overrule the natural order. But they didn’t receive revelation of the Tetragrammaton, the Name which represents God’s full control of Creation to accomplish and fulfill everything He says He will do. The Patriarchs only received promises that their children would inherit the Land of Israel, but never lived to see the promises fulfilled, and worse, they had trouble securing even a little bit of the Land when they needed it – yet they trusted God completely. But Moshe has received the revelation of the Tetragrammaton, yet is questioning and complaining when there’s a rocky start to the Redemption – and HaShem had even warned Moshe ahead of time that Paro was going to be recalcitrant.

Over the years I’ve heard rabbis use this midrash to promote the virtue of pure belief in God without proof, simple faith, summarizing the midrash as saying that God is praising the Patriarchs, who believed in God with simple faith that He would fulfill His promises, and God is criticizing Moshe, who had a higher revelation but is questioning God. But with all due respect, that’s not accurate. This midrash is not about belief in God. The Patriarchs and Moshe Rabbenu all experienced direct revelations of God. They all knew God, they didn’t have to believe. The English word “belief” means to pretend you know something when you don’t really know it – which is not much of a virtue. As Maimonides says at the very beginning of his great Code of Halakhah:

The foundation of foundations and pillars of wisdoms is to know that there is a First Existent, Who brought into existence every existent, and all existents from Heaven and earth and what is between them would not exist but for the reality of His existence.

Maimonides is stating that the primary mitzvah of the Torah is to know God – not to believe, but to know. And he goes on to explain how to work on fulfilling this most essential of all mitzvot, through rigorous philosophical and scientific analysis. At issue in our parashah is trusting God to fulfill His Word. The Torah term for this trust is אמונה , emunah, often translated in English as “faith,”  an archaic word whose meaning is not clear. But emunah we know – it means to be steady – see Ex. 17:12. To have emunah means to be steady in our trust of God in the face of difficulties, challenges and confusion. The Patriarchs had this steady trust – and this is what HaShem is asking of Moshe.

One of the symptoms of dangerous decline in spiritual awareness in our time is the promotion of belief as opposed to real knowledge. Religious and political movements have been reduced to ideologies built upon illusion and fantasy and false narratives, for which authorities demand belief reinforced by group pressure. This has infected Torah communities as well, some of whom reject legitimate scientific and philosophical investigation due to false beliefs and ideologies. There is nothing charming or quaint about this. False belief twists people’s minds and impoverishes their spirit and ethical sensibility. False ideology enforced by belief and groupthink shuts the mind against truth. The toxic effect of belief is not new: violence has been perpetrated in the name of belief for millennia. The difference today is the power of social media to spread all information, false as well as true. The recent outbreak of violence against American democracy has been fueled by false beliefs and conspiracy theories trumpeted across social media that have inflamed the passions of weak-minded people. Here in Israel false belief systems have contributed to foolish resistance by significant sectors of society to sensible health measures intended to protect us from spread of the pandemic. No one is immune to this danger. Those of us who think we are better than this, seeking expansive consciousness and real knowledge of God, need to be vigilant that in our search for God we not forget to connect with care and compassion to other people. It’s easy to criticize others — hard to take an honest look at our own narrow places.

Our Patriarchs and Matriarchs knew God and trusted God to fulfill His promises. Any doubts they had were about their own or their children’s worthiness to receive God’s blessings and promises. Rather than locking themselves into narrow, sealed belief systems, they opened their minds and hearts to HaShem and to His world, to the people around them, they listened, they questioned their own worthiness and readings of reality, and tried to discern and follow HaShem’s Will in every situation, wherever it leads. This attitude of humility and listening to HaShem and to each other is one we need much more of today, to heal the dangerous rifts in our societies. And we can use some Emunah, to trust that HaShem is guiding us through this dark passage in world history, to awaken us all to His truth, as HaShem promised the prophet Yeshayahu:

They shall not harm or destroy in all My holy mountain, for the earth shall be filled with knowledge of God like water covers the sea. 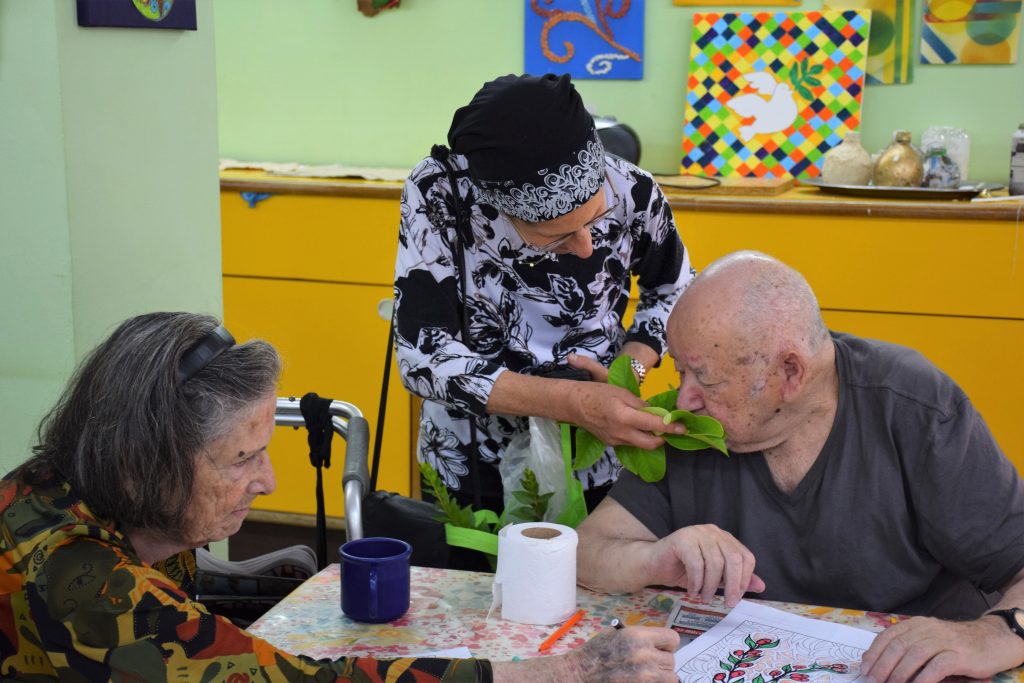 Taken before COVID-19. When life was so much simpler