At the beginning of this week’s parashah, Yaakov Avinu, on his way out of the Land of Canaan, fleeing his brother Esav and anxious about his future, has his Ladder dream in which HaShem promises to protect him outside the Land and return him safely to the Land. When Yaakov awakes and processes his experience, he makes a vow: “if God will be with me and guard me on the road I am traveling and give me bread to eat and a garment to wear, and I return in peace to my father’s house, then HaShem will be God for me (28:20-21).”

The Tosefta Avodah Zarah (4:5) is a bit taken aback at Yaakov’s vow:

The Tosefta asks how Yaakov could seem to condition his allegiance to HaShem on HaShem’s success in protecting him outside the Land of Israel. It seems impious, not the stalwart Emunah we expect from the Avot, or from ourselves. So, the Tosefta digs more deeply into Yaakov’s intent and finds it supported by HaShem’s own promise to Am Yisrael in Parashat Behar – that the gift of the Land of Israel also comes with a guarantee of their relationship with HaShem. So far so good, to connect the Land of Israel with intimate relationship with HaShem. But when the Tosefta states the negative converse, “if you are not in the Land of Canaan, as it were, I am not God for you,” even with the mitigating “as it were” this interpretation has its own unsettling implications. Isn’t “the whole world filled with His Glory?” HaShem is not just the God of Israel, He is God the Infinite and Eternal. Can’t we connect with HaShem everywhere?

The Zohar and the kabbalists offer intricate theological explanations for a supposed sense of slight alienation from God you might feel when you are outside the Land of Israel, compared to when you are in Israel. But there is a midrash Yalkut Teimani brought by R. Menachem Kasher in his Torah Sheleimah that offers a straightforward explanation of Yaakov’s vow and its context, and our own personal experience. It says:

HaShem is immediately and intimately accessible to us wherever we are, certainly. But when our own state of mind is not steady and clear and open, our service of HaShem and our consciousness of HaShem is not as whole. And there is something about the Land of Israel that promotes this steadiness and clarity and openness. “The air of the Land of Israel makes you wise (Baba Batra 158b).” Our own experience in Israel confirms a sense of immediacy about everything. The air is clear, the light is sharp. The starkly beautiful chaparral climate may contribute.

But it’s more than that. In the Land of Israel there is a clarity – a physical clarity, a moral clarity, a spiritual clarity. You are aware of the consequences of every act. You feel a sense of guidance and Presence with every step. You literally feel the truth of the verse from Parashat Ekev, the parashah of Consequences:

The Land that HaShem seeks, that the eyes of HaShem are constantly upon from the beginning of the year unto the end of the year.

You feel HaShem watching in the most visceral way. The truth is, this is always so everywhere and always, but in the Land of Israel you sense it with poignancy and immediacy.

We’re pleased to see family and friends outside Israel, but we also sense the difference. May HaShem guide us all everywhere and at all times, and bring us all back to our Home. 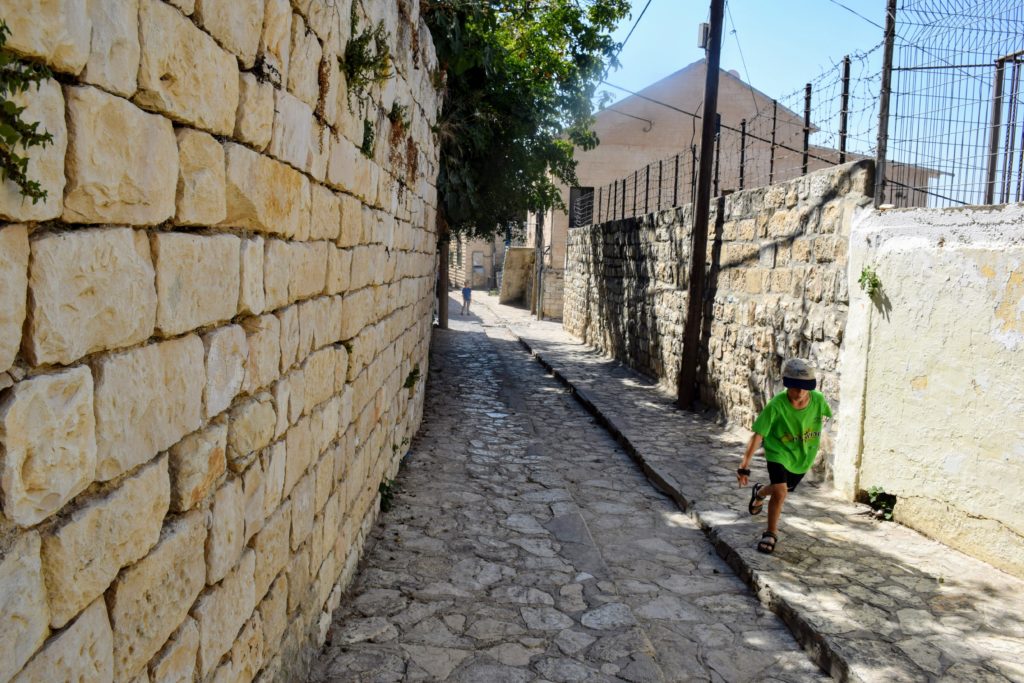 One thought on “If, Then”