In these Nine Days approaching Tisha B’Av, our thoughts are on Jerusalem, our holy city, on the crises that engulfed her in the past and the current orchestrated unrest that is a continuing result of those past crises. In the Gemara Ta’anit it says

The Hatam Sofer notes that the Gemara uses the present tense – “merits and sees” – rather than the expected future tense. He explains with reference to Rashi’s comment on why Yaakov refused to be comforted over the loss of Yosef:

“He refused to be comforted (Gen. 38:35),” from here we learn that condolences are not received for a living person. If there were no hope that Jerusalem will be rebuilt why should we mourn further? Rather, of necessity one must say that Jerusalem and the Holy Temple are built and perfect Above, it’s just that they are lost from us. But there is hope. And this is “whoever mourns for Jerusalem, behold he sees now, already, its comforting as if the Temple already stands built, for this is comforting, and therefore Tisha B’Av is call a festival.

His point is that we who mourn for the embattled condition of Jerusalem are comforted even now, in the present, by the eternal ideals of Jerusalem and the Holy Temple, that stand as a promise and give us hope that they will be fully rebuilt in our dimension of reality.

Rav Tzadok haKohen takes this further, asking the obvious question on the conditional promise of the Gemara, that whoever mourns for Jerusalem and the Temple merits to see its joy:

We have already asked that behold, many generations have mourned for Jerusalem and did not merit to see its joy…

He offers a different explanation that also refers to the way the promise is couched in the present tense:

We have said that the intent is that they merit and see its joy now, in this time, in the manner that they say “any person who has knowledge, it is as if the Holy Temple were rebuilt in his days (Berakhot 33a).” And in the holy Zohar: “rejoice for Jerusalem,” since joy is only found in the time when Israel is in the Holy Land… As they interpret in the midrash (Bemidbar Rabbah 19:6) “ ‘all glory was seen by his eye’, this is Rabbi Akiva and his colleagues.” That is, they merited the aspect of knowledge, which is the joining of wisdom of the mind with understanding in the heart, in the way it says (Prv. 2:10) “For wisdom shall come in your heart, and knowledge delight your soul.” And the time to merit that “it will be as if the Holy Temple is rebuilt in one’s days and we merit and see its joy” is in the present, even in exile.

According to Rav Tzadok, we can experience a comforting and even a joy for the rebuilding of Jerusalem and the Temple that is not dependent on their actual, physical restoration. The comforting comes from a state of knowledge, which he insightfully defines as the unification of wisdom of the mind with understanding of the heart. Wisdom grants us the long, deep view of reality, and heart-consciousness grants us a sense of the meaning of reality. When the sages speak of the heart, they are not referring only to the muscle in the chest that pumps blood. They are referring to this area of the body that includes, yes, the heart, and also the lungs, the diaphragm, the solar plexus and a complex neurological and circulatory network, highly sensitive to the effect of hormones, through which we register emotion. This is a center of emotional consciousness by which we interpret the meaning of our experiences.

So Rav Tzadok is saying that our mourning for the current lack of the Holy Temple and the incomplete condition of Jerusalem is itself the basis for our being comforted. As Rashi points out at the beginning of this week’s parsha, in which Moshe lists all the places that Bnei Yisrael angered HaShem: facing criticism is the beginning of positive change. This is the true secret of our survival. Our mourning is itself an appreciation of the meaning of Jerusalem, the meaning of the Temple in mind and heart. The Holy City is the place where human beings should conduct themselves with the highest ethical sensitivity for each other. Yeshayahu reminds us of this in this week’s haftarah: “Zion will be redeemed in justice, and those who return to her through righteousness (Is. 1:27).” We’re not there yet, not only in our relations with the religious other, but even among ourselves. The Holy Temple is the place of highest human consciousness of HaShem. Here, too, we have a long, long way to go. But if we mourn the lack of these perfections, and really understand this lack to its core, at least we’re on the way towards fixing them.

Jerusalem and Israel are pretty embattled these days. We watch as vicious and manipulative enemies encourage, commit, reward and celebrate the most horrific violence, against us and against their own people, yet still manage to garner sympathy and support in this clueless, morally upside-down world. They even succeed in casting Israel as the offender while they commit the murder and mayhem. We watch as cynical preachers whip up susceptible crowds into a fanatical frenzy. The addition of metal detectors to protect human life is perceived as a change in the “status quo” of the Temple Mount, while the storage of guns in mosques on the Temple Mount and committing murder on the Temple Mount are not considered changes in the status quo. Dealing with the flood of lies and propaganda and deceit seems overwhelming. Yeat’s lines come to mind:

Mere anarchy is loosed upon the world,

The blood-dimmed tide is loosed, and everywhere

The ceremony of innocence is drowned;

The best lack all conviction, while the worst

Are full of passionate intensity.

This week I taught and participated in a panel at the summer school of the Elijah Interfaith Institute in Jerusalem. The theme was the question of whether wisdom can be honestly shared among members of differing faiths. The students were young adults and older adults of various religions from around the world. One of the panelists was Palestinian Professor Mohammed Dajani Daoudi, a man of extraordinary courage. His family fled Israel in 1948 but returned the next year. His surname Daoudi signifies that his family was the caretaker of the tomb of King David in Jerusalem since the 16th century. They lost this status in 1967 with the unification of Jerusalem, a loss that still rankles. He was educated in Lebanon and became a member of Fatah and the PLO, sharing their ideology.

But two experiences changed his outlook. His father needed chemotherapy and received excellent, respectful and compassionate care at Hadassah hospital in Ein Kerem. His mother had a medical emergency near Ben Gurion airport, and when he warily took her to the airport as the nearest place, the security personnel called an ambulance immediately and everyone did everything they could for hours to try to revive her. Though they could not save her, the compassionate care his parents received showed Professor Dajani the true human side of Israel and transformed his outlook.

He brought this new outlook to his teaching in Political Science at Al Quds University, where he tried to educate his students to see multiple sides of the Israeli-Palestinian conflict and appreciate the humanity of the other. He felt it’s important that Palestinians try to understand the scope and depth of the Holocaust, and he spoke out against rampant Holocaust denial and trivialization in the Arab world. But bringing 27 of his students to visit and learn about Auschwitz in 2014 cost him his job and brought threats and attacks against his life. Yet he continues to work to bring understanding between Israelis and Palestinians and refuses to be intimidated. He spoke out against the incitement to violence among Palestinian political and religious leadership, including the current unrest. And he emphasized that many, if not most Palestinians want real peace with Israel and long to find a way to share this Land in mutually supportive ways. Professor Mohammed Dajani Daoudi is a soft-spoken man and his voice is tinged with sadness. But his voice is a voice of hope.

During these Nine Days approaching Tisha B’Av, our responsibility is to give heart and thought to the meaning of the restoration of the Temple and the full restoration of Jerusalem. What are we really praying for? According to the Hatam Sofer it is nothing less than the realization of the heavenly City and Temple in this world. We are not praying just for buildings. We are praying for an ethical and spiritual transformation that will embrace all human beings of good will and for a Land, a City and a Temple that will be gathering places of true inspiration for us all.

And I will bring them to My holy mountain and give them joy in My house of prayer. Their offerings will be accepted on My altar, for My house shall be called a house of prayer for all the nations. 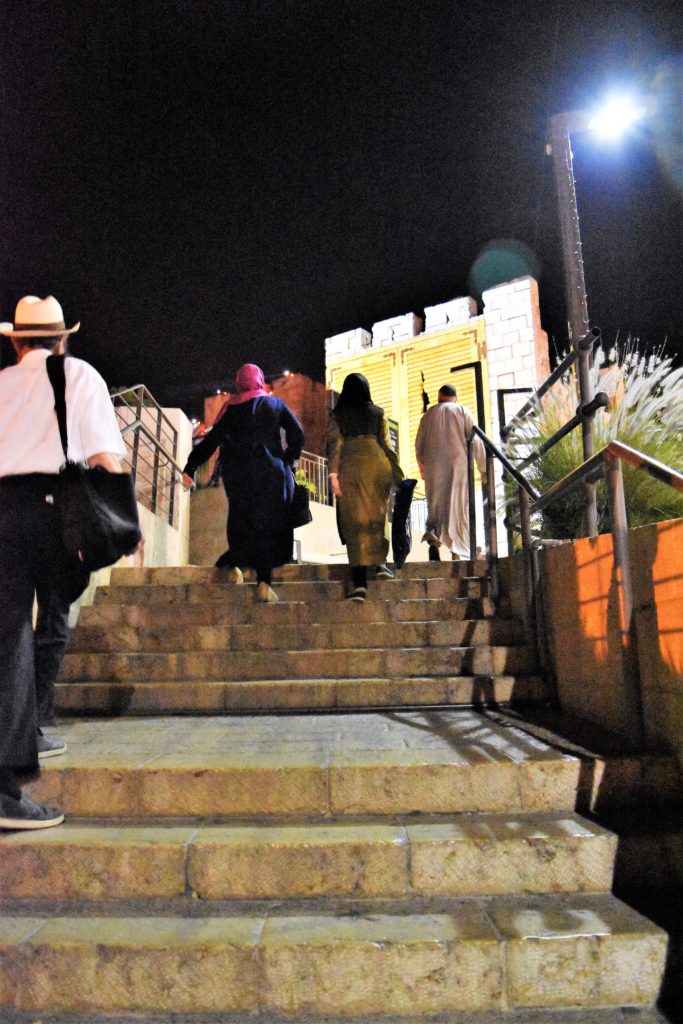 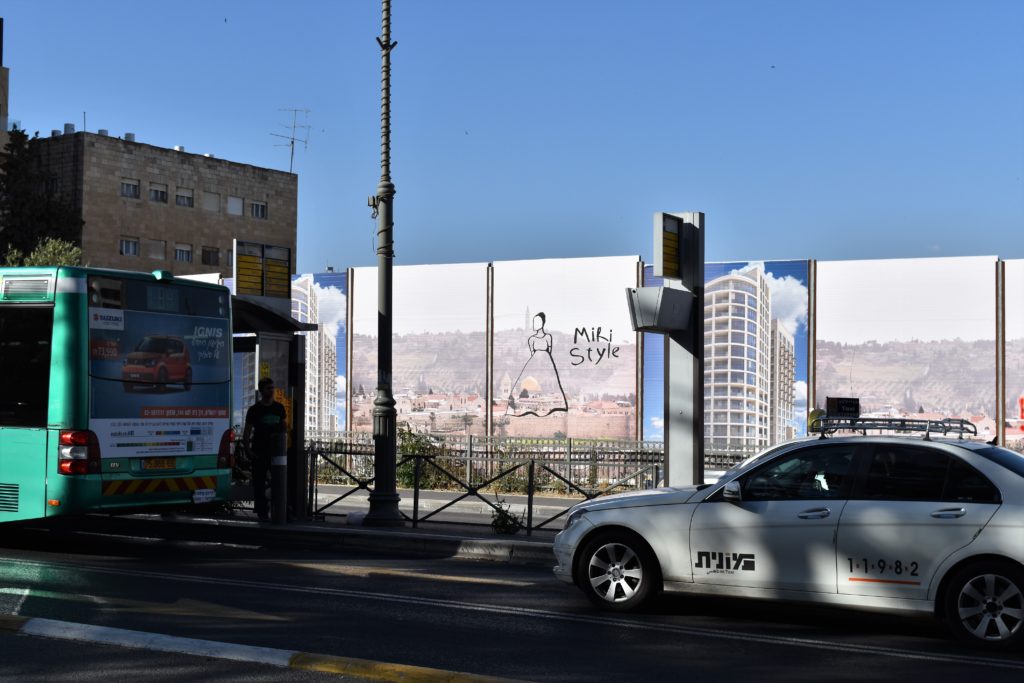 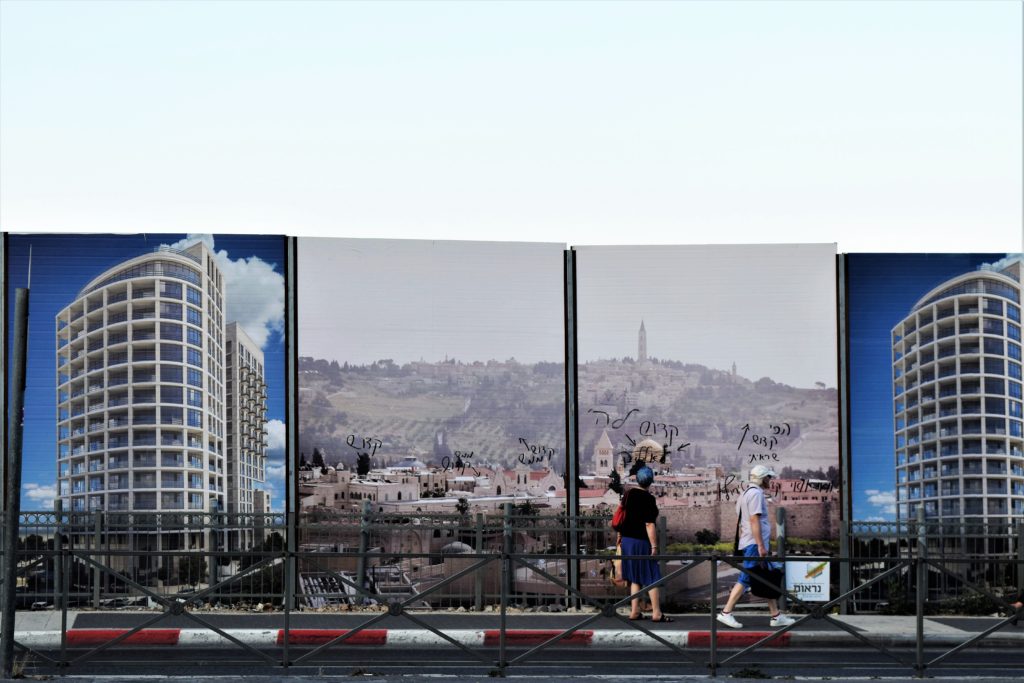