As leaders from all over the world converge on Jerusalem this week to commemorate the seventy-fifth anniversary of the liberation of Auschwitz, it’s clear that a large part of the battle between Israel versus the Palestinians, Iranians, and their supporters, is waged as a war of narratives. The Palestinian story is that Israel is the last gasp of European colonialism. The Israel story is that we are an indigenous nation of the Middle East, brutally driven from our homeland, the Land of Israel, by the Romans, mistreated by Christians and Muslims for nearly two millennia culminating the Shoah, and by miracle, courage and great sacrifice returning to our homeland, rebuilding and thriving. This battle of narratives is not merely academic. Political and military actions are driven by our commitment to the stories we tell. Israel is using this gathering of world leaders and its symbolic gestures to convey its viewpoint, while the Palestinians are trying to get equal time from the diplomatic visits. But this war of narratives is not new to us – we have fought these battles from the very beginning of our national identity.

This week’s parashah features the first seven plagues against Egypt, designed to convince Paro and the Egyptians to let the Israelite people go:

And Egypt will know that I am HaShem when I lean My Hand upon Egypt and when I bring out the Children of Israel from their midst (Ex. 7:5).

The plagues are not just blunt instruments intended to bludgeon Egypt into submission. They are intended to convey understanding that the world is directed by God. The first and second plagues don’t have this impact – the magicians of Egypt seem to be able to duplicate them, neutralizing Moshe’s claim that they are intended by God on behalf of Israel. But the magicians give up on the third plague, lice:

The magicians said to Paro ‘It’s the finger of God,’ and the heart of Paro was hardened and he did not listen to them, as God said (Ex. 8:15).

Rabbi Avraham Ibn Ezra and the Malbim suggest that this admission by the magicians is not a full capitulation. They note that the magicians use the generic term for “God,” whereas Paro usually refers specifically to “HaShem” in his disputes with Moshe and Aharon. So these commentators argue that the magicians are interpreting the third plague as caused by God, yes, but not by HaShem Who has a special relationship with the Israelites, and not for the sake of a mission to free the Israelites. Rather, the third plague is just a general phenomenon, very uncomfortable but without meaning, built into nature by a non-specific deity.

The overall point is that the battle between Moshe and Paro, the Israelites and the Egyptians, is largely a battle of narratives. The Egyptians think of themselves as in firm control of the world and the people in it.  All the plagues use natural forces and creatures, though on a magnified scale. This leaves room for the Egyptians to interpret them as extreme but still natural, not shaking their world-view and having no bearing on the cause of the Israelites. Moshe presents the plagues as meaningful: they are direct expressions of HaShem’s anger at Egypt for keeping the Israelites in brutal slavery, and intended to convince the Egyptians to let the people go. The plagues escalate in intensity and specificity, to the point that it becomes clear that they really are intended by HaShem on behalf of Israel: the truth of the Israelite narrative breaks through the Egyptian story of the world.

But it’s not just the Egyptians that Moshe works to persuade. The Israelites themselves need convincing that HaShem is really saving them. At the beginning of the parashah Moshe’s mission to motivate his own people is not going well:

And Moshe spoke thus to the Children of Israel but they did not listen to Moshe, on account of narrow spirit and from hard work.

The issue is that there are people who have expansive spirit, meaning a holy, supernal soul, knowing that one needs to serve HaShem, blessed be He, in all kinds of services, and all one’s acts of service all the days of one’s life are still not sufficient for serving HaShem. Then there are those of narrow spirit, meaning their soul and spirit are not so precious and it seems in such a person’s eyes that his service fulfills his obligation to serve Him, blessed be He, in everything he does.

Rabbi Elimelekh’s point is sharp. The Israelites who could not grasp Moshe’s message that HaShem was breaking them out of slavery were those of narrow soul, meaning they had a fixed and limited idea of God and the patterns of the world, a set narrative, and therefore a narrow idea of what is possible. Moshe’s message is about radical change that breaks out of all patterns and expectations. People of narrow mind have trouble opening to such possibilities. People of expansive spirit are able to open to the unknown and unexpected.

Clearly, Rabbi Elimelekh is not just commenting on the generation of Moshe, but on his own generation. There are narrow-minded people with rigid views of Torah who limit Torah and then think they fulfill it all. There are people of expansive mind who understand that Torah and our service of HaShem is endless and constantly transcending. Such people realize that narrative itself is problematic. Every narrative, by definition, is a narrowing of possibilities. When we tell a story, even a sacred story, we are selective, including some elements as important and ignoring others. Most stories reduce the complexity of reality to an artificially linear storyline. Rabbi Elimelekh’s point is that HaShem is infinite, and the Torah narrative breaks through fixed narratives to continually new awareness. This is expressed in the rich multiplicity of interpretations of Torah that we celebrate in rabbinic tradition.

You could argue that our internalization of this paradoxical nature of Torah as subversive narrative, challenging us to think critically and creatively, is at the heart of Israel’s success today. Inbal Arieli, in her book Chutzpah: Why Israel is a Hub of Innovation and Entrepreneurship, points out the elements of Israeli character that make us the start-up nation, and many of these qualities and skills are part of our spiritual heritage. In an interview this week with Ricky Ben-David in No Camels, Inbal Arieli lists such skills:

Things like creative thinking and critical thinking, and questioning, and challenging authority, and teamwork and leadership versus management – these aren’t the same things – and coping with failure and so many other different skills… If I had to choose the most important one, it would be dealing with ambiguity and uncertainty, and understanding the world has changed. The world is an uncertain place – not unsafe – but uncertain in every way. In economics, politics, climate change, social demographics. There are shifts in every aspect… You come to understand that the outcomes will not always be what you planned for them to be.

That could be quite hard for some people to do, especially those who grow up in societies that value a certain type of order and structure.

That’s true but it’s hard for everyone. Uncertainty is hard. Certainty provides a sense of control… The big question is what do you do when you realize that? Are you open enough, are you flexible to course-correct? Sometimes you have a specific plan which is headed for failure and you need to change the course you’re on so it can become either a success or at least a non-failure… But people sometimes just stay so focused on goals that they’ve defined and views they have, and outcomes they’re looking for, they’re not flexible enough to adapt and be very agile in their thinking and react to what’s happening and correct course.

The true narrative of Torah and the people of Israel is about questioning and critical thinking and flexibility and embracing complexity. It’s a narrative that breaks through false and limited stories.  It’s a narrative that transcends and encourages us to keep growing and reinventing ourselves. The chutzpah of Moshe speaking liberating truth to rigid power is with us still. HaShem’s world is full of surprises, beyond what we can imagine, and our job is to stay open to them.

At one of the ceremonies in Jerusalem this week commemorating the liberation of Auschwitz, in a sincere and moving gesture, Angela Merkel, leader of Germany, bowed and laid a wreath at Yad VaShem. Who could imagine the prophetic vision of Yeshayahu coming true after all these millennia?

14And the children of those that afflicted you shall come bending unto you, and all they that despised you shall bow down at the soles of your feet, and they shall call you the city of HaShem, Zion of the Holy One of Israel.

15Whereas you had been forsaken and hated such that no one passed through you, I will make you an eternal excellency, a joy of many generations. 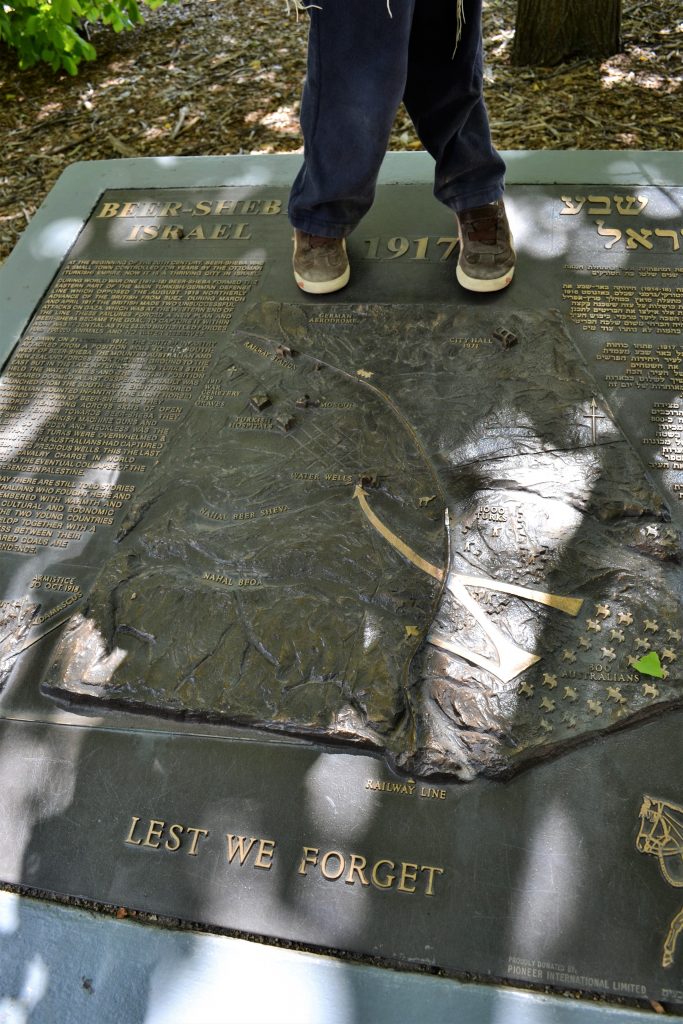 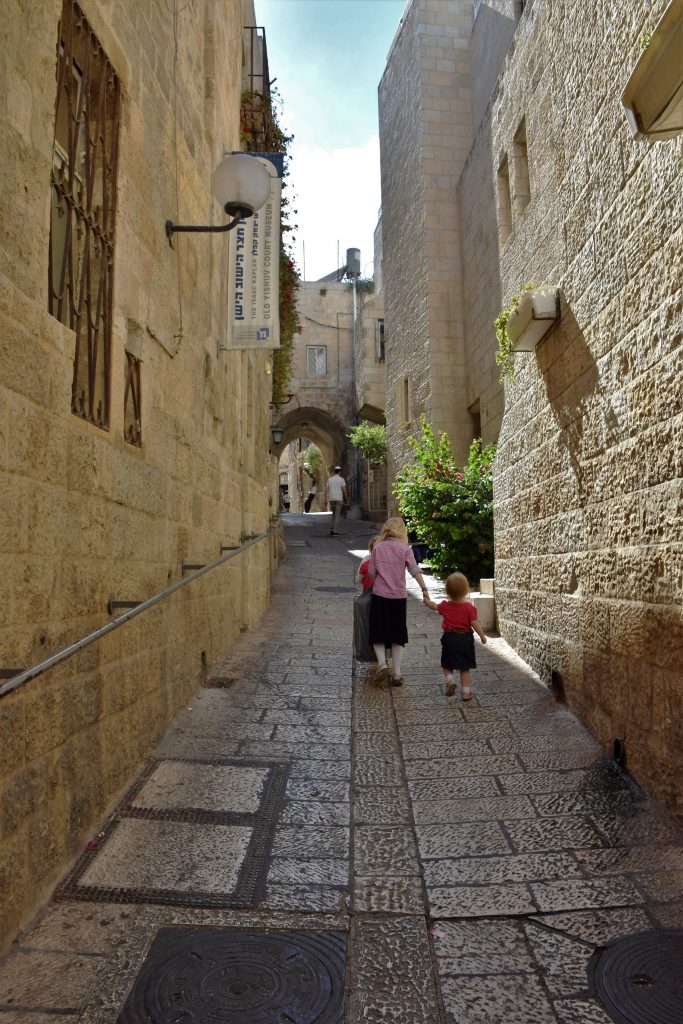