A news item from earlier this week from the Jewish Media Agency:

When Israel retook the Old City of Jerusalem, including the Temple Mount, our holiest site, during the Six Day War, it handed over control of the Temple Mount to the Jerusalem Islamic Waqf. It was an act of political consideration and unreciprocated generosity. Israel agreed to a delicate arrangement in which non-Muslims would be allowed to visit the site at specific hours, but only as tourists: prayer is forbidden. Jews visiting the Temple Mount are not allowed to bring a prayer book or pray by heart. Even whispering of the lips is interpreted as an attempt to pray and Muslim spotters are quick to call over Israeli guards and insist they expel the offender.

In Midrash Zuta Kohelet, ch. 7, it says “whoever is merciful to the cruel will end up being cruel to the merciful.”

The young man from Be’er Sheva was interpreted as violating this rule against non-Muslim prayer. He was not whispering words to God. He was crying over the destruction of the Temple. Was he praying?

There is a halakhic debate over whether it is permissible to visit the site of the Holy Temple at all in its present state of destruction. Maimonides insists that the Temple site retains its full holiness even if physically destroyed. Therefore, locations that in the time of the Temple required ritual purity to enter require the same purity today and incur the same severe penalty for non-compliance – karet, spiritual excision. To set foot on the Temple Mount but outside the actual Temple precincts requires purification in a mikveh, at the same level of care practiced for Taharat ha-Mishpachah. What were once the Temple courtyard areas require purification from contact with the dead, a more demanding purity achieved through sprinkling with ashes of a Red Heifer, not available at present. More interior holy areas are off-limits entirely to all Jews in our present condition. Rabbi Avraham ben David of Posquieres holds that once destroyed, the Temple site no longer has holiness, so there is no penalty for trespass (Maimonides, Mishneh Torah, Beit ha-Behirah 6:14 and critical note). Most jurists agree with Maimonides and this is the accepted halakhah. Practically speaking, since for centuries it has not been clear exactly where the Temple stood, observant Jews have avoided setting foot on the Temple Mount at all.  In more recent years, as a result of intense archeological research, some scholars believe they can pinpoint the location of the Holy Temple more precisely. Relying on these calculations, some observant Jews, after careful purification in a mikveh, have visited the Temple Mount, taking care to walk only in areas outside the site of the Temple proper. Some of those who have had this experience tell me it is transformative. Just to walk there, just to be there is itself a prayer (don’t tell the Waqf!).

The fact that Israel has not taken control of the Temple Mount may also express a realism as much halakhic and spiritual as political. Do we really know what should be done with this site of ultimate sacred service to God? Are we to re-institute the ancient animal sacrifices? Are we to discover a more spiritually-refined contemplative path of divine service, as Maimonides hints in his Guide of the Perplexed, 3:32?  Do we have the ethical maturity, emotional depth, spiritual awareness and inspired insight today to know how to reestablish the Holy Temple? Our spiritual and moral disarray is as much a symptom of the Hurban ha-Bayit, the destruction and desecration of the Holy Temple, as its current physical and political debasement. Even here in Israel, we are still in galut. Do we feel the depth of this loss? The tears of the young man from Be’er Sheva flow from this pain.

Earlier this week we attended the levayah of a young man killed in a motorcycle accident, the son of dear friends. The accident occurred last erev Shabbat, late in the afternoon, as he was returning from a spring-fed mikveh in the rugged hills near his home. Twenty-six years old, about to be engaged, he had such great promise: brilliant, talented, noble, open-hearted, generous. The eulogies were poetic and profound. He was such a precious soul, a soul who truly helped this world be a better world, a soul whose loss is beyond understanding. Eikhah – this is the cry we cry to God when we just don’t understand, when the pain is too much. How can this be? Our tears flowed and continue to flow.

There is a poignant midrash in Eikhah Rabbah, on God’s emotional response to the destruction of His Holy Temple and exile of His people:

At that moment the Holy One, blessed be He, cried and said “woe is Me, what have I done? I had My Presence dwell below for the sake of Israel, and now that they have sinned I have returned to my original place…” [The angel] Metatron came and fell on his face and said before Him “Lord of the World, I will cry, You, You should not cry.” He said to him “if you don’t let Me cry now, I will enter a place you have no permission to enter and I will cry, as it says “if you will not hear it, my soul will weep in secret (Jer 13: 17).”

Why does the angel, highest angel of the heavenly hierarchies, offer to cry for God, as a good heavenly courtier? What is the difference if God cries in a hidden place? The Piaseczna Rebbe, Rabbi Kalonymus Kalmish Shapira, ztz”l, has a devastating commentary on this. If God were to cry in His private place, were the world to hear His weeping, as it were, the world would immediately explode. He spoke this from the dark depths of the Warsaw Ghetto (Eish Kodesh, Mishpatim p. 160).

May the Holy Temple be rebuilt in Truth and in Peace (Zekhariah 8:19),

speedily, in our days. 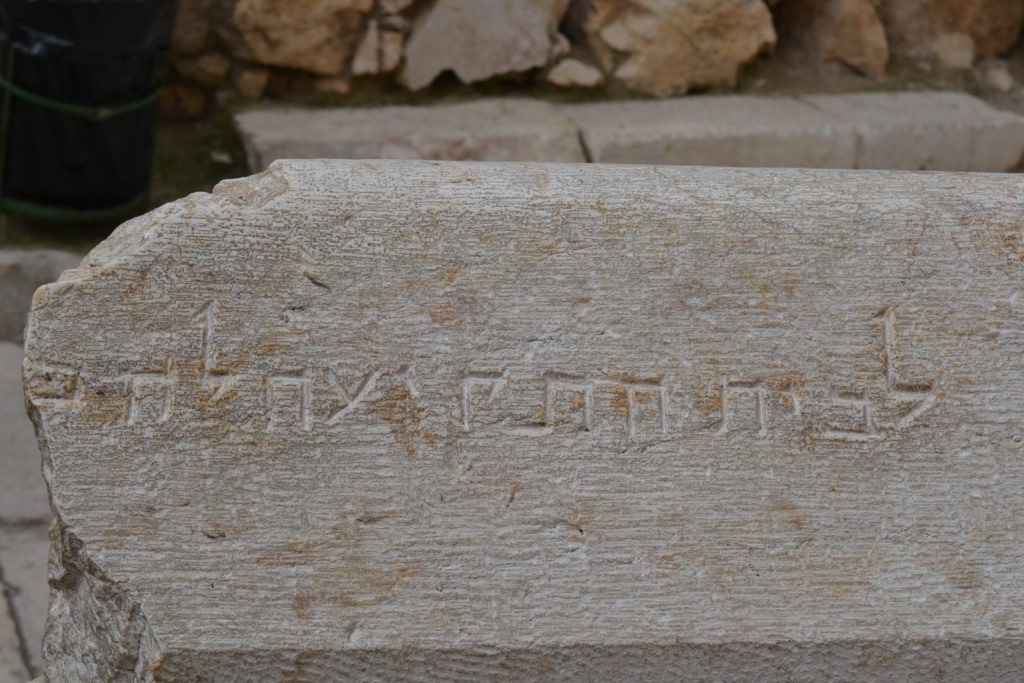 One thought on “Hiding Tears”