When our plane arrived in Boston this week, as we were lining up in the aisle waiting for the doors to open, we noticed a flight attendant say to a family as they were leaving:

What can I tell you?

She held her hands palms up, waist high and slightly forward. She looked at the family with eyebrows knit, conveying sympathy. Her tone was gentle, compassionate, sincere. This little vignette piqued our curiosity – what just happened? Was she consoling the family for a loss, a trouble or suffering of some kind that they had confided in her during the flight?  We have no idea of the context, but here was a moment of poignant emotional exchange, people stepping out of their roles to be real with each other. The flight attendant questioned the effectiveness of words, yet communicated her feelings eloquently, verbally and non-verbally.

The Torah as a text works with words, yet teaches us to pay attention between, around and beyond the words. In the opening story of the parashah, Avraham has just lost his beloved wife Sarah and seeks a burial plot for her from the local residents of Hevron. On the surface, the exchange between Avraham and the landowner Efron seems like the epitome of Middle Eastern politesse. Efron insists that he will generously gift the plot to Avraham, Avraham insists he will pay for it. But the Rabbi’s detect an intense struggle going on under the veneer of courtesy. Efron finally says:

Sir, hear me, a land worth four hundred silver shekel, between me and you, what is it? Bury your dead.

In the Gemara Baba Mezia, Rabbi Eleazar shows us how to read the exchange – and how Avraham really heard Efron:

Rabbi Eleazar says: the wicked say much but even a little they do not do. From where [do we learn this]? From Efron. At first it is written ‘four hundred silver shekel,’ and in the end it is written ‘and Avraham listened to Efron and weighed out the money he spoke of in the ears of the people of Chet, four hundred silver shekel of highest currency.

Rabbi Moshe Alsheikh explains that it seems like Efron is offering to forego payment, but by mentioning the price he signals his true intent. He’s asking top dollar, and Avraham gets the message. Not only that, Avraham on his own initiative pays in the best currency of the time.

Rabbi Soloveitchik, z”l, expounded on this passage once in shiur, based on commentators such as the Malbim, that at an even deeper level the struggle between Avraham and Efron here was not just over a burial place for Sarah, but over the very first formal acquisition of land in Eretz Yisrael by Avraham for the sake of his descendants. Efron’s goal in the negotiations was to keep Avraham from getting legal right to the land. If it remains a gift, or Avraham doesn’t pay full value, title never transfers to him. Avraham’s goal is to make an ironclad deal for all time, so he wants to pay full price, and signals the finality by paying in unassailable top currency of the time. It’s like doing an international deal today in dollars rather than euros (though the Israeli shekel is a stronger currency than both at the moment!).

There are other examples in the parashah of listening beyond the words. Avraham’s trusted servant, sent to find of wife for Yitzhak back in Aram Naharayim, Avraham’s home town, reads Rivka’s actions at the well and realizes she’s the one. As the Torah describes and Rashi explains his response, he is so confident that he gives her gifts signifying a marriage proposal before she even tells him who she is. Later, when Rivka’s family requests a delay in sending her to Yitzhak’s home, the servant picks up on their intent to back out of the deal and insists they follow through right away.

When the servant returns with Rivka and tells Yitzhak of the miraculous way everything fell smoothly and perfectly into place during his mission, the Torah says:

[Literally:] And Yitzhak brought her to her tent Sarah his mother and took Rivka and she became his wife and he loved her, and Yitzhak was consoled after his mother.

Rashi brings the beautiful midrash that picks up on the unusual phrasing here: a subtle doubling of “to her tent Sarah his mother,” and the lack of the possessive “of” directly before “Sarah”:

“Her tent Sarah his mother” – he brought her to her tent and she became the paradigm of Sarah his mother, that is to say, behold, she is Sarah his mother. For as long as Sarah lived the candle remained lit from erev Shabbat to erev Shabbat, there was blessing in the dough, and a cloud remained tied over the tent. When she died these things departed and when Rivka came they returned.

It’s a beautiful midrash, set in terms that hint that the tent of Sarah prefigures the spiritual qualities of Holy Temple of the future. Rabbi Yitzhak Ze’ev Soloveitchik expounds on this conclusion to the story of finding a wife for Yitzhak. He observes through careful reading that when the servant tells Yitzhak about the miracles that smoothed the way for him on his mission, implying that certainly Rivka must his divinely-intended bride, Yitzhak is not convinced by the words. But when he brings Rivka into his mother’s tent and sees that through her actions and her presence she brings the same level of spiritual wholeness and blessing as his mother, he knows she is the one, and he loves her.

The entire biblical and rabbinic tradition teach us to speak carefully and to listen carefully. It’s about words, yes, but also beyond the words. My favorite passage in Rabbenu Bahya ibn Pakudah’s Duties of the Heart conveys this vision of refined human awareness:

He shall be on the highest level of the levels of the virtuous, and most exalted level of the righteous, he shall see without an eye and hear without an ear and speak without a tongue and feel without physical senses, and think beyond logic, and love and choose only what God chooses, and place his will in God’s Will and his love in God’s love…

In truth, all communication between us is expression of the heart, invoking word, gesture, posture, attention, presence – all the ways we can convey to each other what is in our hearts. Whether it’s expressing sincere support to people who momentarily cross our path in life, or sitting with someone struggling with the very deepest challenges a human being can face, having no answers but just giving full attention and heart-felt presence, we speak and listen with the fullness of our being, heart to heart. 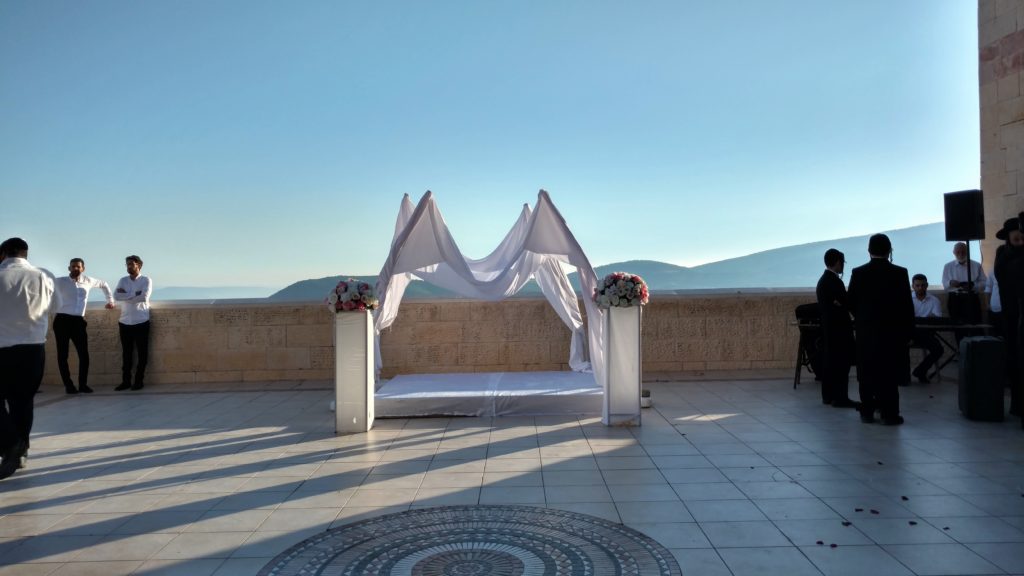