Rabbi Pinchas of Koretz confides that “it has often occurred that a person will come to ask advice from me, and I will hear that he himself is saying how to answer him (Imrei Pinchas, sha’ar haTorah, sec. 66).” This is the best way to approach a request for advice: not to project or impose our own views and attitudes on the other person, which can do harm, but to realize the other person is not you, and listen to them deeply. This means listening not just to their words but behind the words, paying attention to their word choice to get a sense of the existential concerns from which the words come, paying attention to non-verbal cues, and connecting empathically with their emotional tones. Listening in this way and reflecting it back to them, you can help them hear the advice they are giving themselves.

A friend came to visit us this week looking for advice dealing with post-traumatic stress that had thrown his life off course. He came to me for rabbinic and spiritual guidance, not therapy. We talked. We immersed in the mikveh of the Ari z”l. We visited the holy cemetery of Tzfat, that is really a living neighborhood of town, and consulted with Rabbi Yosef Karo, Rabbi Moshe Cordovero and Rabbi Yitzhak Luria, zikhron tzaddikim livrakhah. In the end, the person felt he had become a little clearer to himself and felt able to integrate the traumatic event into his life in a more healthy way. He was looking for advice but he really did the work himself.

In the Mishnah Avot it says:

The rather categorical way the ten trials of Avraham Avinu are often spoken about makes it seem as if HaShem is forcing Avraham to jump through moral and spiritual hoops. But Rabbi Yaakov Leiner in Beit Yaakov reads these trials more psychologically and autonomously, as integral to the character of Avraham himself. It’s not that HaShem is imposing these tests in an external way. Rather, Avraham’s personal path in the world, to get involved in uncertainties that need clarifying and address complex problems through love, brings him into challenging encounters as a matter of course, requiring creative solutions that push his character and principles to the limit. According to Rabbi Leiner, Avraham by his expansive, open-hearted nature enters into questionable situations. By way of contrast, he holds that Yitzhak is not tested in this way. Yitzhak’s path is to maintain circumscribed certainty, not to enter into uncertainties – though Yitzhak also has his challenges.

This is how Rabbi Leiner understands Avraham’s ultimate trial, the Akedah. He notes that God’s command is not explicit, the verb והעלהו can mean literally to “lift up” Yitzhak and idiomatically to “sacrifice him as a burnt offering.” He suggests that Avraham was confused by it, and takes us through the conflicting thoughts that would have gone through Avraham’s mind. On the one hand, Avraham understands himself as committed to love and kindness at all times, and to teaching the world to honor God and praise Him. Yet if he is being commanded to kill his son, which would be murder, everything he has been teaching and exemplifying in the world will be lost in an instant. And didn’t HaShem promise him that “through Yitzhak your descendants will be called?” How can this be fulfilled if HaShem now says to kill him? But perhaps, thinks Avraham, “the offspring of righteous people are good deeds (Bereshit Rabbah 30:6),” and “through Yitzhak,” means by fulfilling God’s command concerning Yitzhak, no matter how shocking, he would be doing a divinely-defined good deed. Rabbi Leiner takes us deep into the mind of Avraham, which is where the whole challenge of the Akedah is played out. Through all the back-and-forth of conflicting thoughts Avraham remains steady in his desire to fulfill God’s Will, though he doesn’t know how, and even as he raises his hand with the knife he doesn’t know what will come next and is straining to understand – until God’s command to “don’t stretch your hand against the young man” resolves the dilemma. Through this crisis Avraham learns not just to define himself in terms of loving God but also fearing Him, in the sense of being vigilant and paying full attention, questioning, deep within himself, what God really wants him to do in every situation and listening, deep within himself, for the answer (Beit Yaakov, Parashat Vayera sec. 53). In this way Avraham attains spiritual wholeness.

This way of understanding the dramatic events of our parashah has some resonance with psychological theories such as Dabrowski’s concept of positive disintegration. The idea is that multi-level conflicts catalyze a creative disintegration of the static value and character structure a person has come to rely on, allowing higher reintegration and transformative personal growth. According to Dabrowski, passage through a major conflict, in biblical language a “trial,” can enable a person to expand, deepen, sensitize and re-balance their personality at a higher level. An alert, emotionally sensitive and spiritually advanced person, according to Dabrowski, welcomes these challenges, to keep disintegrating and re-integrating and attaining greater wholeness.

Avraham Avinu was the pioneer of endless spiritual growth, showing us all how to travel off-road, to listen for hints from HaShem whispered to the core of our souls. And all of us who are struggling with challenges and wrestling with how to live our lives with more openness and sensitivity and wholeness are called his descendants. 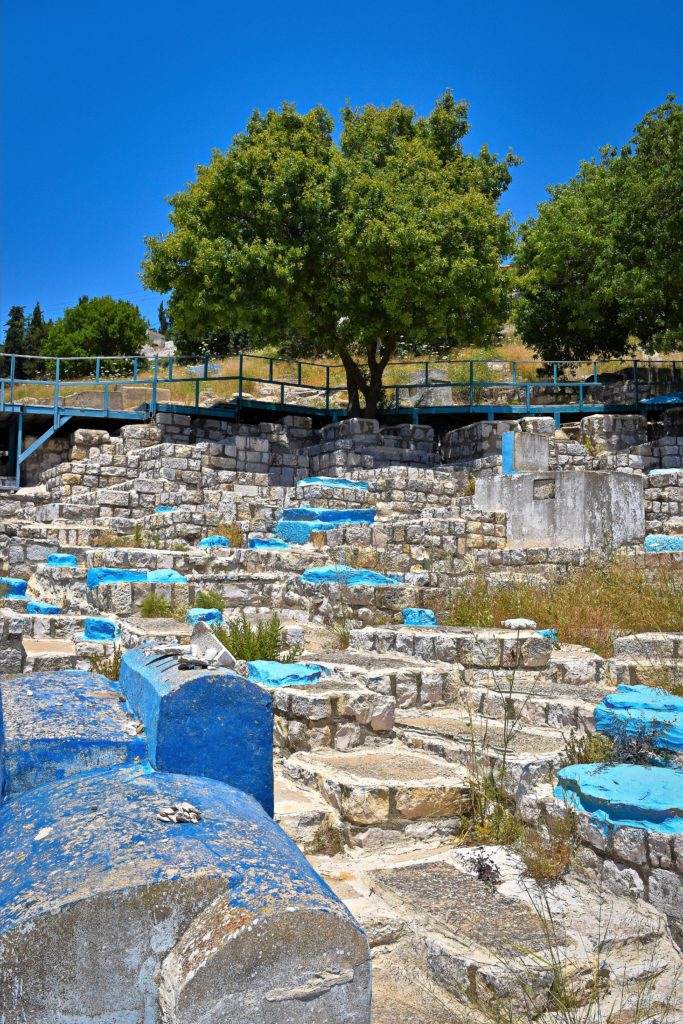