A young guest at our Shabbat table recently asked whether I still go to minyan regularly during the week, seeing as I’m no longer serving as a community Rabbi. It was not an innocent question. He was feeling frustrated with the experience of tefillah be-tzibbur, prayer in a congregation, and looking for an excuse to pray alone. He found that most of the minyanim he attended went too fast and seemed to lack deep kavanah, focused intent. But these are pretty disciplined Israeli minyanim he attends here in Tzfat. He is Orthodox from birth and has most, if not all of nusah ha-tefillah committed to memory, so his complaint was not due to lack of skills on his part. He’s a sensitive person, tefillah for him is a contemplative experience, and instead of inspiration, he found frustration and distraction in group prayer, even serious group prayer.

Similar questions were asked of Rabbi Moshe Feinstein, z”l, one of the leading American halakhic authorities of the previous generation. Rabbi Feinstein responded with proof that prayer with a congregation is an obligation and takes precedence over prayer alone, even if your kavanah would be deeper and more focused on your own (Iggerot Moshe, O.H. 2:27, 3:7). He also offered an observation with some bite about praying alone with kavanah:

Specifically, it is not so clear that one would have more focus. For in our times there is no one who can say that he has appropriate intent, as it says in Tosafot Berakhot 17, and is so decided by the Shulchan Arukh 70:3. For certainly one cannot, because of the intent that one imagines one is intending, push aside the obligation to pray in a congregation.

In a subtle but incisive way Rabbi Feinstein is implying that a person can imagine he is praying with great focus and meaningfulness, but it may not be more than self-absorption and self-centeredness. Is the measure of effective prayer that I feel I have rehearsed words, aloud or in my own head, mindfully and meaningfully according to my own standards? Can a spiritual action, which we have come to think of as something that engages interior depth, fully escape some degree of narcissism? Prayer is communication with God. God. How do you find your voice of truth to speak with God?

It may be that prayer with a congregation addresses this very challenge. It is a custom of Rabbi Yitzhak Luria z”l, the great kabbalist of Tzfat, brought in Pri Etz Hayyim, that:

It is necessary that, after sitting in the Synagogue, before beginning to pray the morning prayer at all, one should accept upon oneself the mitzvah “and you shall love your neighbor as yourself” and intend to love every person of Israel like oneself, and by virtue of this one’s prayer will ascend together with all Israel and you can ascend and be fruitful and successful (Pri Etz Hayyim (Dubrovno, 1704) 5:1, fol. 28b).

Rabbi Yitzhak Luria z”l is advising us not just to pray in a congregation, and not just to think lovely thoughts, but to be aware of the other people you are praying with, and embrace them and all Jews in the mitzvah of loving your neighbor as oneself. Thoughtful congregational prayer combats self-absorption by turning our focus towards others. But it deepens our kavanah as well. Rabbi Hayyim of Volozhin, in his Nefesh ha-Hayyim, explains this prayer custom of Rabbi Yitzhak Luria, z”l:

One should include and elevate all souls of nefesh, ruah, neshamah of the worlds of Creation, Formation and Action and the nefesh, ruah, neshamah of oneself with them, to comprise them together in the root of the soul and the root of the congregation of all souls of Israel as one… This is what is alluded to by the Ari z”l in what is written ‘therefore the divine Presence is comprised from all of them.” And this is what the Ari z”l said, to accept upon oneself, before prayer, the mitzvah “you shall love your neighbor.” (Nefesh ha-Hayyim 2:18, note 2).

Praying in a congregation means feeling mutual responsibility for each other, praying on behalf of each other. Rabbi Hayyim of Volozhin had addressed this idea of “the root of the congregation of all souls of Israel as one” in his explanation of Ezekiel’s prophetic vision of the Heavenly Throne with a human figure upon it: “The soul of life of the Throne is the mystery of the supernal root of the totality of the souls of Israel as one, which is higher and much more elevated even than the Throne. It is the Man that is on the Throne, as it says “and upon the likeness of the Throne was the likeness of the appearance of a Man upon it from above (Ez. 1: 26, Nefesh ha-Hayyim 1:5)” The human figure on the heavenly Throne is not an anthropomorphic image of the divine. It is a representation of the collective consciousness of all Israel, which is the core collective consciousness of all humanity. If, before we pray, we connect with all Jews, all human beings, through the mitzvah to love your neighbor as yourself, we connect our consciousness with the collective consciousness of all humanity, others and self as one.  In this way, thoughtful prayer in a congregation can attune us to pray from the very core of our shared human consciousness. This is the true ground of kavanah.

The power of collective prayer is symbolized in the Mishkan as described in Targum Yonatan, one of the Aramaic translations of this week’s double parashah. According to Targum Yonatan, each of the items of sacred furniture of the Mishkan symbolizes members of the community of Israel. The Menorah stands for the righteous who enlighten the world. The incense altar stands for the sages whose Torah study sweetens the world with its fragrance. The entrance screen of the Mishkan stands for the righteous who protect Israel. The altar stands for the wealthy who provide the poor with sustenance. The washing vessel stands for those who do Tshuvah, whose tears cleanse. The oil of anointing stands for the royal lineage and the Melekh ha-Mashiach who will redeem Israel at the end of days (Ex 40:4-11). According to the Gemara Berakhot 26b, our prayer service is based on the service in the Mishkan and Mikdash, and this place of service and prayer symbolizes the community itself.

So I told the young man that I do continue to pray regularly in a minyan. Now that I’m not leading a congregation, though, I daven at my own pace. But I do feel part of a precious team of people trying their best to talk with HaShem, together, from the heart of our humanity. 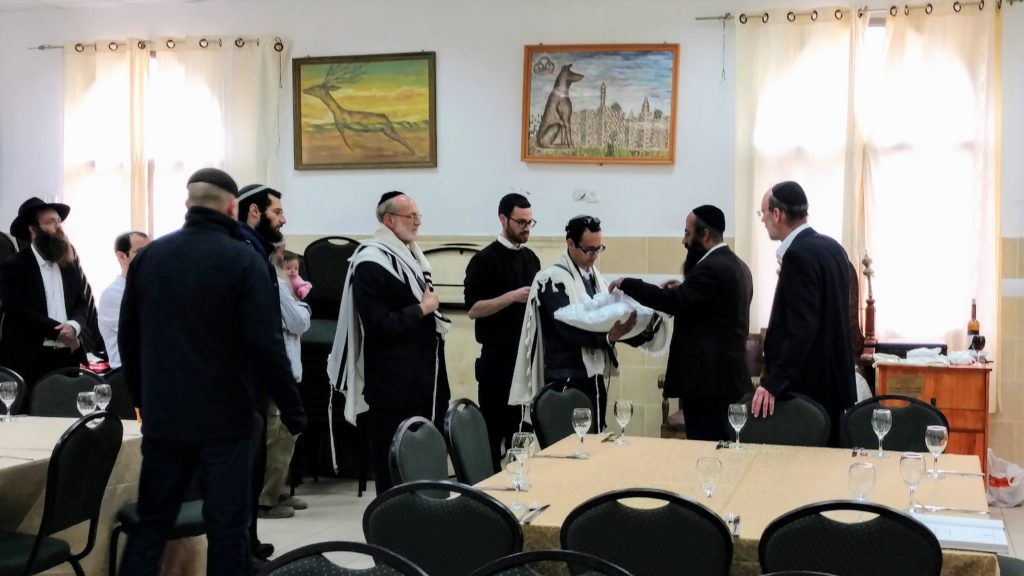 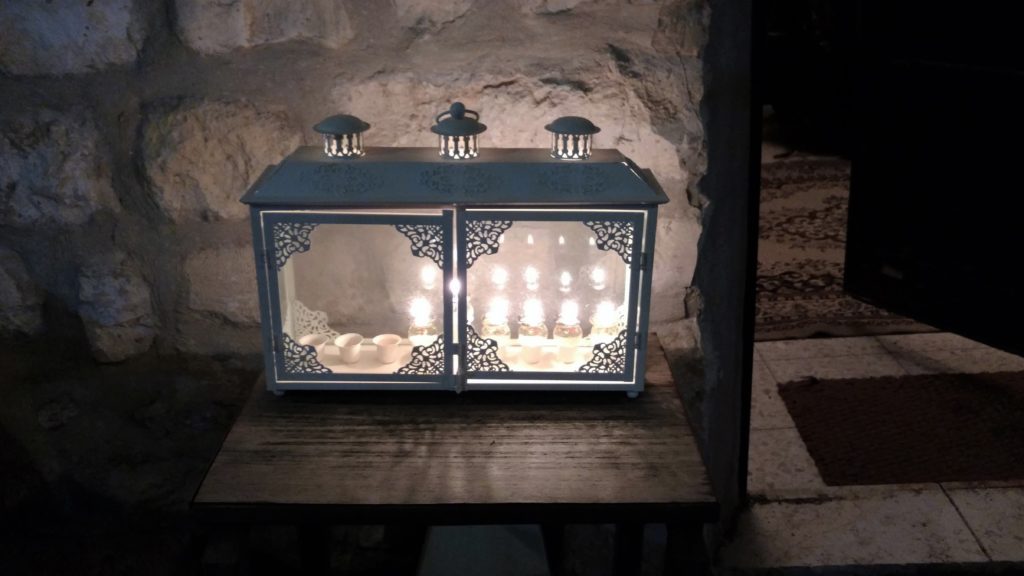 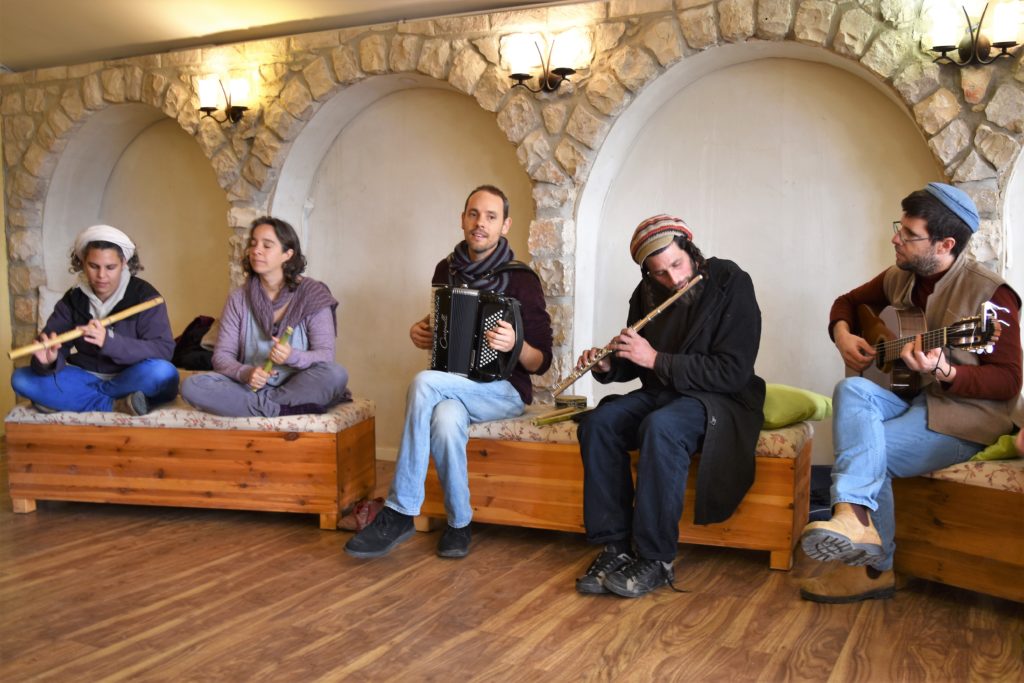 One thought on “Group Dynamics”