This week I’ve been teaching three sets of shiurim for the summer program of Nishmat: The Jeanie Schottenstein Center for Advanced Torah Study for Women in Jerusalem. One class is learning the second chapter of the Gemara Hagigah, dealing with the esoteric subjects of Ma’aseh Bereshit, the Work of Creation, and Ma’aseh Merkavah, the Work of the Chariot, referring to Ezekiel’s prophetic vision and the rabbinic expositions of it.  The second class is reading selected chapters of Maimonides’ Guide of the Perplexed, to give students an in-depth sampling of this mighty masterpiece that is still as profound, thought–provoking and controversial as it was when it was written at the end of the twelfth century. The third class is a Jewish meditation series that is aimed at directly experiencing some of the insights we are learning in the other two shiurim. This is challenging material, but the students are up to it. What’s remarkable is the wide range of women this program attracts, from young college students to seasoned seniors, from a variety of business people to a variety of educators. Everyone is fully engaged and enthusiastic, and everyone contributes their wisdom from their unique viewpoints and backgrounds. It’s been an exciting experience for me, and puts me in mind of Rashi’s comment on the Bnot Tzlafhad, the daughters of Tzlafhad, at the end of this week’s parashah. But it’s a comment that needs some unpacking.

When we last encountered the Bnot Tzlafhad, in Parashat Pinchas, Moshe was teaching Am Yisrael how the Land of Israel was to be apportioned among the twelve tribes and the patriarchal houses and their male descendants in each tribe, once the nation enters the Land. But Tzlafhad had five daughters, no sons, so the daughters approached Moshe, Eleazar and the elders to ask whether they, as daughters, would be able to inherit their father’s portion of Land in Israel, within their tribe of Menasheh. Rabbinic commentary in the Gemara and midrashim praises the five daughters for their respectful approach, and their wisdom in how they frame their question in a scholarly and insightful way. Moshe does not know the answer and consults with HaShem, and HaShem rules in favor of the daughters, confirming that women can also inherit property:

But in our parashah, with Bnei Yisrael on the cusp of actually entering the Land of Israel, the leaders of the tribe of Menasheh approach Moshe with the concern that if the daughters of Tzlafhad inherit their tribal land but then marry outside the tribe, their inheritance will shift to their descendants through their husbands and could potentially be lost to the tribe of Menasheh. This question Moshe also brings to HaShem, Who rules in favor of the tribe of Menashe. You’re right and you’re right – now what? HaShem offers a solution: that though the daughters of Tzlafhad can marry whoever is “good in their eyes,” it would be helpful if they marry men of their liking from their own tribe. They inherit as daughters, and this way their inheritance stays within the tribe. And righteous women that they are, this is what they do.

Rashi on our parashah, on the verse that lists the daughters in order, references this Gemara but with a twist:

Rashi seems to be combining the two positions of the Gemara – but they contradict each other! The Rabbi Ami position is that the different orders signify different priorities: by wisdom or by seniority, and the daughters are different from each other in these respects. Rabbi Yishmael’s reading is that the different orders mean there is no preferential order or priority and they are all equal. So what is Rashi doing, saying that the two orders indicate the daughters are all different and yet they are all equal? Actually, that’s his point. Rabbi Yehudah bar Eliezer explains that Rashi is saying that despite differences in age and wisdom, they are equal. Each is a person of substance and depth in her own right, in her own way.

And this is still true at Nishmat, a precious institution that provides a full-throttle Torah education for women. It was founded in 1990 by Rabbanit Chana Henkin to make Torah learning available to women at the very highest level. Not getting entangled in political controversies over titles and authority, Nishmat just provides the tools and guidance for women to advance to the very highest levels of Torah scholarship in a meaningful and substantive way. Nishmat innovated the religious role of Yoatzot Halachah, halakhic advisors, training women to be accomplished scholars able to serve Torah communities in Israel and around the world and provide in-depth guidance for women on women’s halakhic issues, working together with rabbinic authorities – a program in which our daughter has a leading role. It has also been a pioneer in providing programs for Ethiopian-Israeli women to advance in Israeli society. This is my second year teaching in Nishmat’s Summer program, and I appreciate the way each student, across a wide range of ages, backgrounds and skill-sets, brings real depth and enthusiasm and commitment to their Torah learning. Each is a person of substance and depth in her own right, in her own way. The women of Nishmat are worthy descendants of the Bnot Tzlafhad.

The Book of Bemidbar ends with the five weddings of these five daughters, with Am Yisrael on the border, about to enter the Land of Israel, signaling a new vision for Israel and for human society: women and men advancing together in Torah, in wisdom, in spirituality. We’re still working on realizing that vision fully, and educational institutions like Nishmat help us all move forward towards that goal. 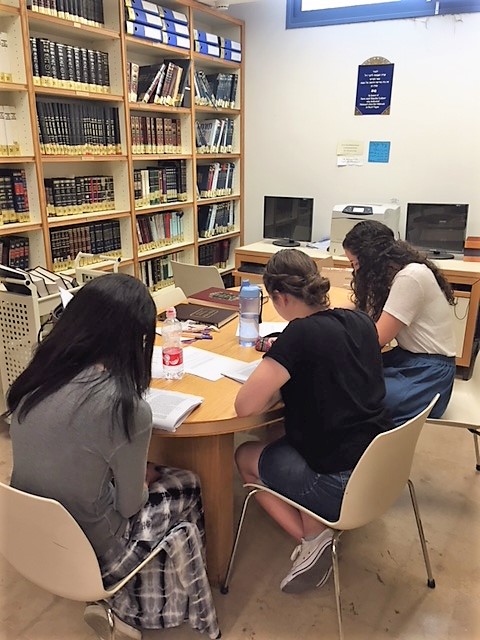 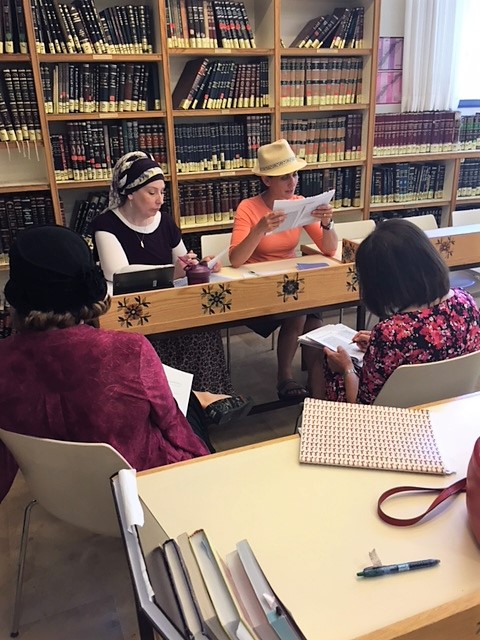 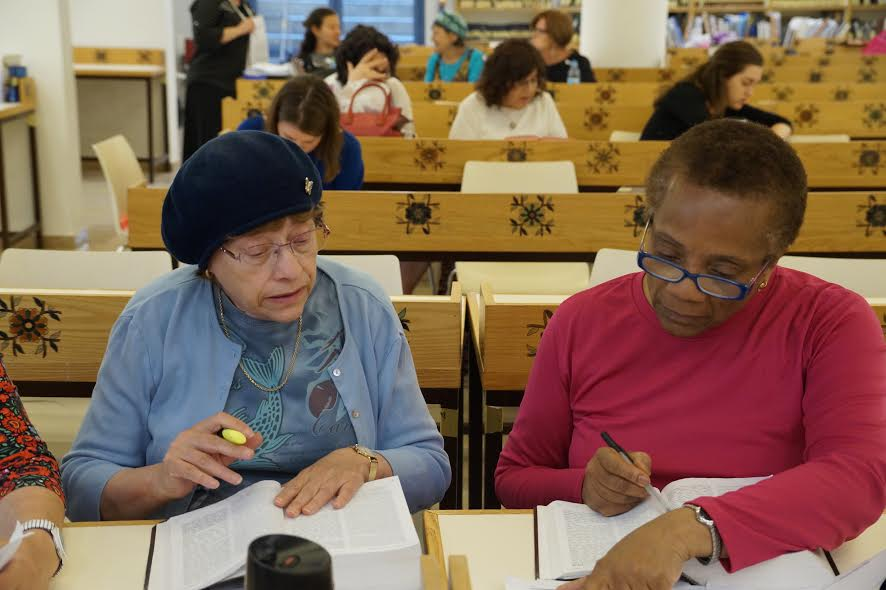