This week’s parashah opens with a stark contradiction flagged by many Torah commentators. Pinchas is rewarded by HaShem with a “covenant of peace” for his violent act at the end of last week’s parashah: he had killed Zimri and Cosbi, Israelite prince and Midianite princess, who were in the midst of an amorous relationship.

Like the language of the verse “justice and peace kiss (Ps. 85:11).” This is the supernal connection upon which the world endures. In the lower creation this corresponds to appropriate relationship. Therefore when Pinchas saw the relationship intended for a deleterious purpose he was zealous. From this you can understand the quality of peace that was granted him, that would be measure for measure.

Rabbenu Bahya refers to the context of Pinchas’ act of violence. The nations of Midian and Moav, having tried and failed to destroy the Israelites through the curses of Bilaam, concoct a honey-pot scheme to destroy them morally and spiritually, sending their young women to seduce the Israelite men to immoral relationships and a particularly disgraceful cult of idolatry. The strategy is proving effective, Israelite moral and spiritual discipline is unravelling and the leadership of Israel is paralyzed with indecision about how to counter the threat. When a young Israelite leader willingly embraces the advances of a Midianite princess and brazenly flaunts their liaison in public, Pinchas steps up and kills them, putting an end to the crisis. If there were a Midian Times or a Moav Post the headlines would have read: “Israeli zealot slays loving couple.” But there’s a context to Pinchas’ act – he is righting a wrong, responding to a lethal attack that employed a pretense of peace and love.

So Rabbenu Bahya cites the verse from Psalm 85:11:

Love is not just shallow amorous feeling. Such love can be masking manipulative lust. Peace is not just superficial calm. Such peace can paper over oppression and injustice. Only when love is joined to truth, and peace is joined to justice, is there honest relationship and a real covenant of peace. Sometimes in this world you have to stand up against such deceptions.

This week we heard from a friend about a close friend of theirs who passed away recently, who had dedicated his life to standing up against oppression that pretends to promote peaceful harmony. Charles McDew, alav ha-Shalom, was a black man born in 1938 in Ohio. His father suggested he attend college in the South, to get in touch with his family’s culture. While his family experienced discrimination in the North, nothing prepared him for what he would encounter in South Carolina: systematic government-enforced segregation of public and private spaces. At one point he and his friends, wandering unwittingly into white-only areas, were arrested and severely beaten by police three times in two days on the trumped up charge of “disturbing racial harmony.” When he tried to join Christian congregations of the denominations with which he was familiar in the North but that happened to be white churches in the South, congregations professing love and compassion, he was turned away. But a local rabbi befriended him, the first person to welcome him religiously in the South. Inspired by Hillel’s famous Mishnaic dictum “If I am not for myself, who will be for me? If I am for myself only, what am I? If not now, when?” and the Jewish ideal of “justice, justice you must pursue,”  Charles McDew turned to Judaism and committed his life to the fight for racial equality in the civil rights movement, and justice for all those who are oppressed, including struggling immigrants. His life story is inspiring, his memory a blessing.

Yibadel le-hayyim, we also heard this week from our granddaughter, who is on JOLT, Jewish Overseas Leadership Training, a journey for High School teens sponsored by NCSY. It features visits to the sites of concentration camps and mass graves in Poland as well as to remnants of Jewish culture, work at a summer camp for non-affiliated Jewish children in Austria, followed by a trip to Israel. It’s especially significant to visit sites of the Shoah in Poland right now, while controversy continues to rage among scholars and politicians in Israel, Poland and around the world, over a Polish law regarding discussion of the role of Poland in the Holocaust. The government of Poland had retracted, to some extent, its recently enacted law that had prohibited speech accusing Poland of complicity in the Holocaust. But the resulting revision, worked out with some representatives of the government of Israel through extensive negotiations, is regarded as an improvement by some, a misrepresentation and continued whitewash by others. Our granddaughter wrote us about how moved she was by her experiences. At a site of mass graves in Tykocin, in which Jewish men, women and children were packed like sardines into pits and shot to death, she and her fellow students, devastated by what they learned but inspired by a Holocaust survivor from Israel who joined their group, shouted “Am Yisrael Chai!” over and over and sang Hebrew songs. The Rabbi leading the journey said that we ourselves need to be the memorials for the Kedoshim who have no one else to remember them. Our granddaughter said she felt as if she is carrying within her the souls of those who perished, to live within her. It’s a profound inner impulse: that to be a witness is important, but we need to go further, to take responsibility in whatever way we can.

This world is still full of injustice, aided and abetted by scoundrels and hypocrites who concoct and promote false narratives to excuse and endorse violence and oppression. But we can also draw inspiration from courageous individuals who have dared to stand up and pursue peace with justice and to take responsibility to care for others with honest love — a real covenant of peace. This is our immortal task. 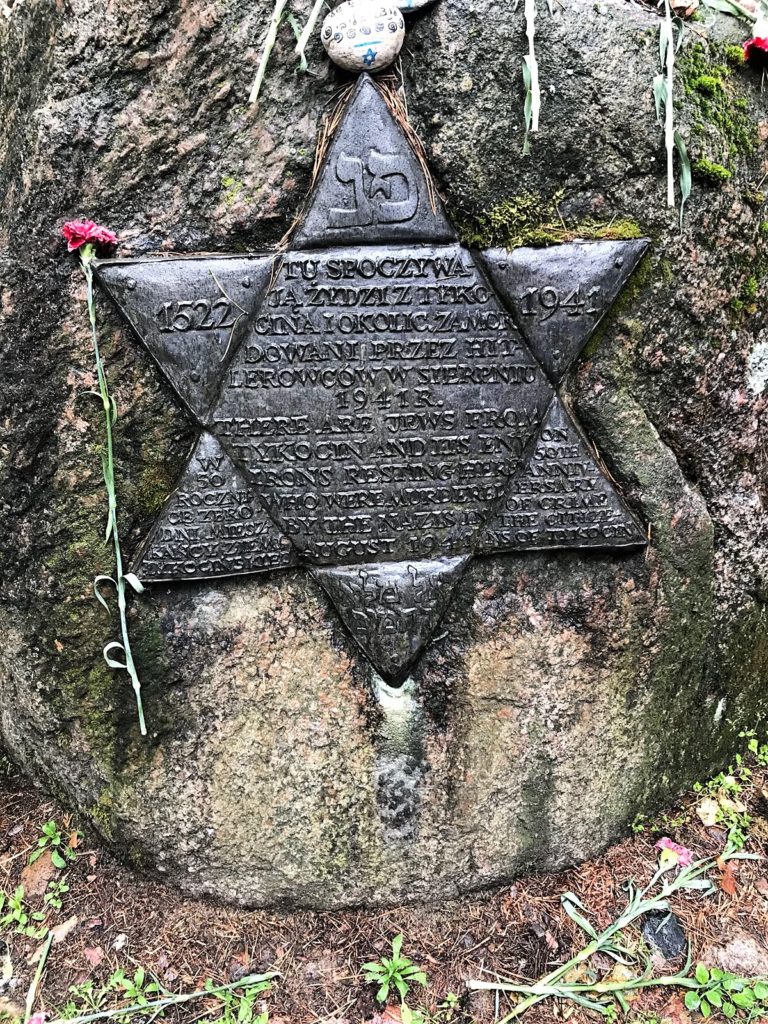 All if these photos were taken by our granddaughter Amira 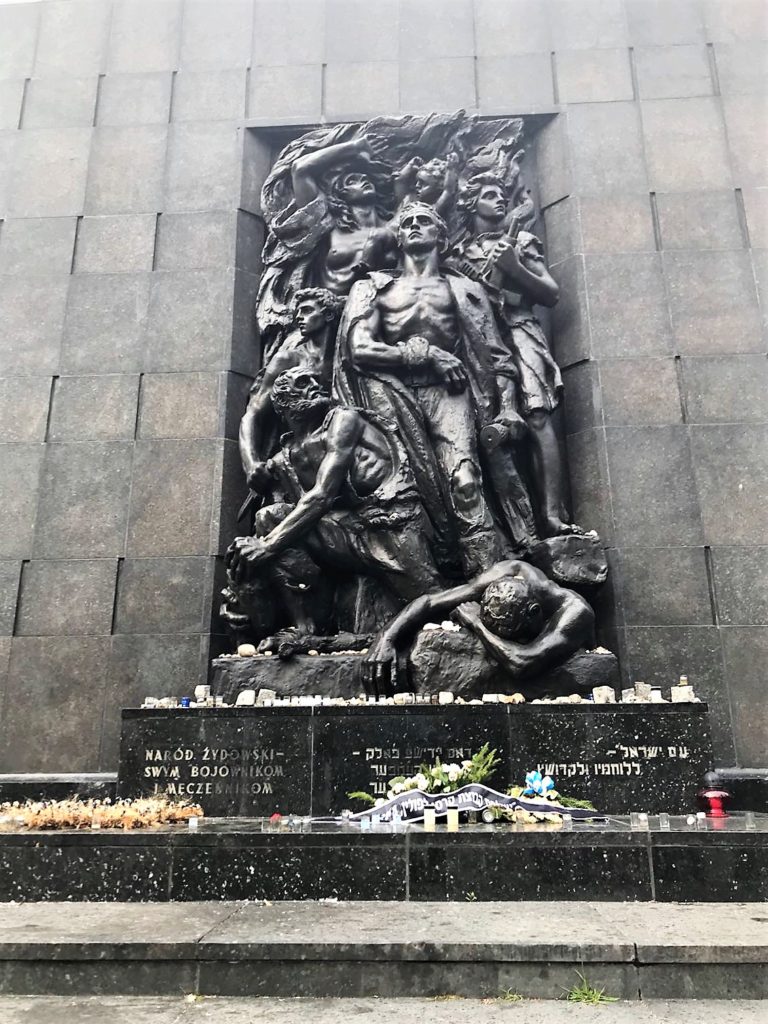 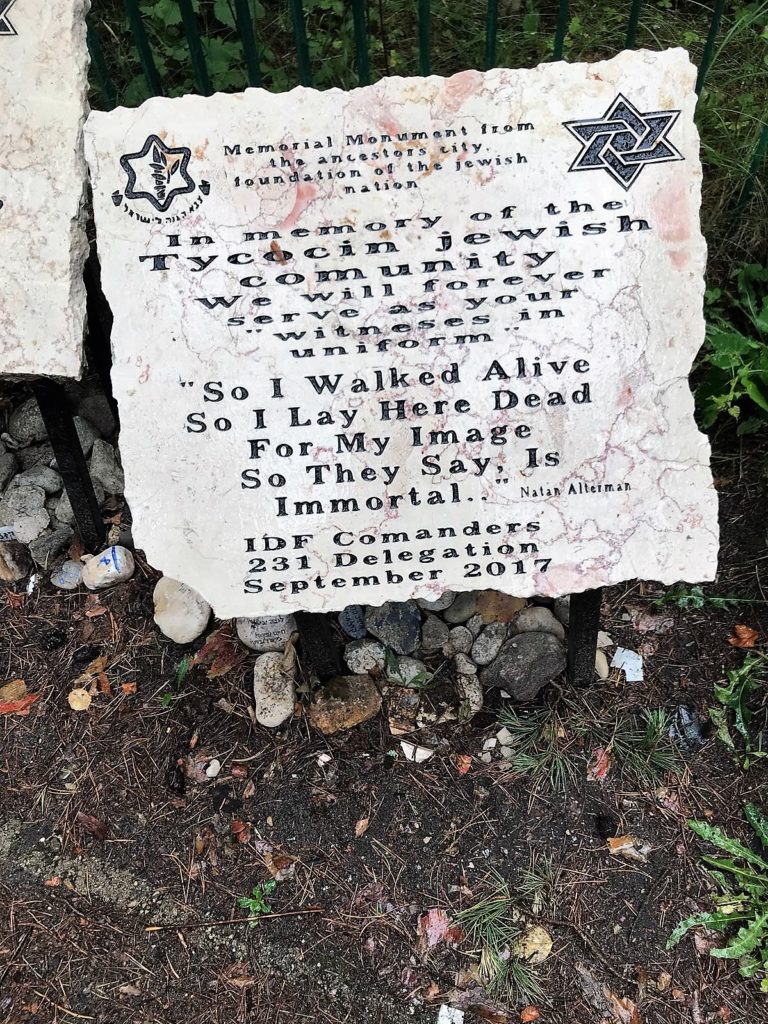 One thought on “For my image, so they say, is immortal”