One of the innovative Israeli startups making an important contribution to struggling rural communities in Third World countries is Watergen, which has perfected an atmospheric water generator to efficiently and inexpensively precipitate moisture from the air. Their equipment can be set up anywhere, to provide pure drinking water even in arid locations lacking reliable sources of rain or groundwater. They’re not quite getting water from a rock, as HaShem instructs Moshe to do in this week’s parashah, but it’s still impressive. To have a secure and affordable source of water is not just an environmental and economic issue – it’s existential. This is true of Moshe’s feat as well, which can be understood on multiple levels.

Rashi suggests that the staff with which Moshe is commanded to strike the rock was made of sapphire, a hard gemstone, so it was able to split the rock to bring out water. Moshe used the staff not as some kind of magic wand but as a physical tool. In the Gemara Hagigah (12a), all water of the earth is considered to flow from primordial moist, porous stones. Fresh water that pools in underground aquifers of porous rock and soil does flow from between cracks in rocks, from mountains and valleys, to gather in streams and rivers and lakes all over the planet. It could be that Rashi is suggesting, in this plain-sense interpretation, that the miracle here is that Moshe, with God’s guidance, was able to find the correct rock in the desert that, once split, became a continual conduit for water – a miracle with a natural aspect as well.

The majority traditional view, though, is that Moshe getting water from the rock was miraculous through and through. Nachmanides says that to get water from the “flinty rock (Ps. 114:7)” is “a thing and its opposite (Ex. 17:5),” – water from the substance you’d least expect. In the Gemara Ta’anit Rabbi Yosi bar Yehudah identifies the rock as a well of water that travelled with the Israelites through the wilderness by the virtue of Miriam. When Miriam died the well stopped giving water until it was rediscovered and reinstated by Moshe and Aharon (9a).

According to Rabbi Hiyya in the Gemara Yerushalmi Kilaim (9:3) when Am Yisrael entered the Land of Israel, Miriam’s Well deposited itself in the Kinneret, and can still be seen from time to time in the form of a sieve in the water when viewed from a mountain top on the eastern side. Rabbi Hayyim Vital gives another set of directions:

When you walk along the shore of the sea of Tiveria towards the hot springs of Tiveria (he would have been walking south from Tzfat along the western shore), in the very middle of the way, in the place where there are many palm trees on the shore of the lake, parallel to a single tower that is on the top of the mountain (probably the cliffs of the Golan on the eastern side), there is the Well of Miriam (Sha’ar haGilgulim, introduction 37).

On a personal level, Rabbi Hayyim Vital relates that Rabbi Yitzhak Luria, z”l, once took him to the Well:

I, Hayyim, when I came to my teacher, of blessed memory, to learn Kabbalah from him, my teacher took me to Tiveria. There was a little boat, and in it my teacher took me out on the water, facing the pillars of the Old Synagogue. My teacher took a dish and filled it from water there, facing between the pillars, and gave it to me to drink, and said to me “now you will grasp this wisdom, for this water that you just drank is from the Well of Miriam.” Then I began to enter into the depths of this wisdom. (Eileh Toldot Yitzhak, Shivhei ha-Ari (Jerusalem, 1991) ch. 3, p. 13)

Once, on one of our visits to the Kinneret, I stood by the edge of the water and tried looking for Miriam’s Well, but didn’t succeed that time. The gist of these traditions is that this miraculous, perpetual source of water is still with us. And that this water is not just for quenching physical thirst, but spiritual thirst as well.

This is the way the Zohar interprets the incident of the water in our parashah. It focuses on the last verse of the incident:

And he called the name of the place Test and Quarrel, over the quarrel of the Children of Israel and their testing of HaShem, saying “is HaShem in our midst or nothing?”

According to the Zohar, the Children of Israel are not asking whether God is with them or not – they have had ample proof that God has been helping them to get out of Egypt and through the split sea and supplying their food in the form of Manna. The Zohar (2:64a-b) has a hyper-literal kabbalistic reading of their question: is the aspect of God that is with us, “in our midst,” the revealed Name of God, HaShem, or a higher aspect, called Nothing, meaning the very highest, most powerful revelation of God, so overwhelming that the human mind cannot grasp it and comes up with “nothing,” the divine Nothing. Rabbi Yaakov Leiner explains that if God is helping in the aspect of His Name, responsive to the conditions of the world created and sustained by His Name, then His help is conditional upon the worthiness of the Israelites and can be withdrawn. But if God is helping in His aspect of Ayin, the transcendent divine Nothing, His help is unconditional, perpetual, inexhaustible — and this is what the Children of Israel are asking for. The Zohar goes on to explain that the mistake of the people here is in the way their question itself makes a distinction. God is one. Even when God is helping us conditionally He is helping us eternally, and the conditionality, which demands we behave responsibly, is part of that perpetual care.

Someone approached me this week to ask advice about how to deal with a feeling of being “stuck,” that they feel blocked in their lives and unable to move forward in a creative and fulfilling way. We all come up against such walls at points in our lives, and the particular circumstances require particular approaches. But the general awareness that the Zohar and Rabbi Leiner are talking about is the appreciation that we are each of us held in existence and we are not doing the holding. We find ourselves here, a gift to ourselves, conjured from we know not where. And we are not just being held in place, but we are refreshed at every instant – our identity, our life, our consciousness refreshed continually, at every moment. We can overlook this miracle and become so accustomed to finding ourselves here instant after instant that we become jaded. But the constant renewal of identity, life and consciousness is coming to us from the most hidden, inexhaustible source. The kabbalistic tradition speaks of this process metaphorically as an unceasing “flow” from the Well of Living Water, and ultimately from the Infinite itself. In times that we feel “stuck” it can be valuable to quiet down and appreciate the continually renewing gift of self, life and consciousness, the perpetual in-spiration we receive from God directly, embraced and supported and empowered at every instant, and begin to move forward into the world with this awareness.

An inspired Israeli company that conjures water out of thin air, wherever you are – also a good metaphor for this process. Maybe that’s where Miriam’s Well is hiding! 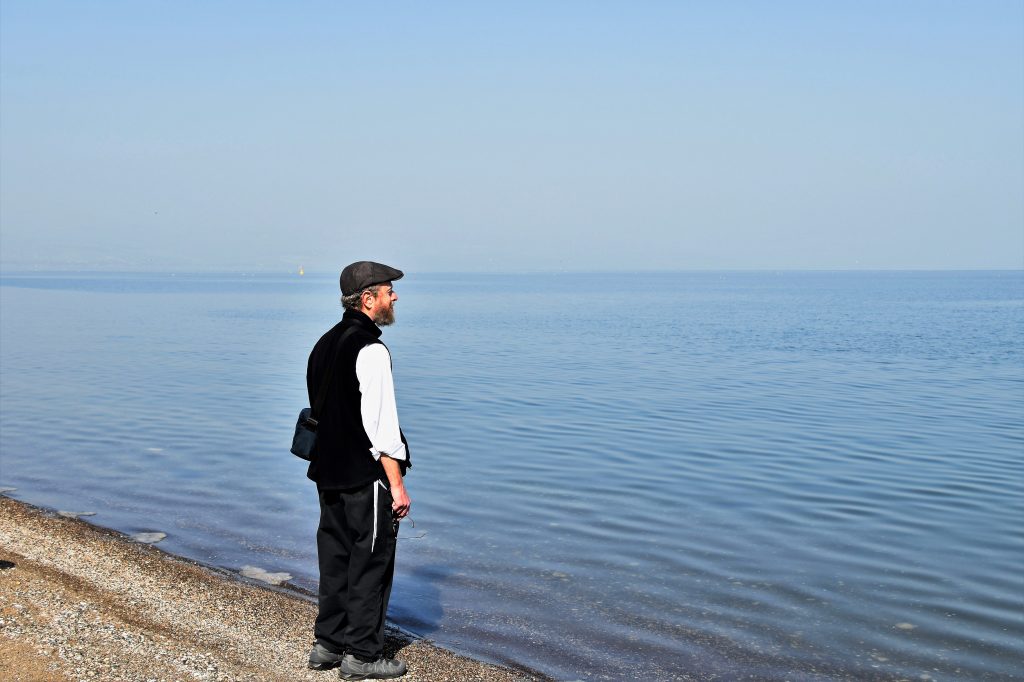 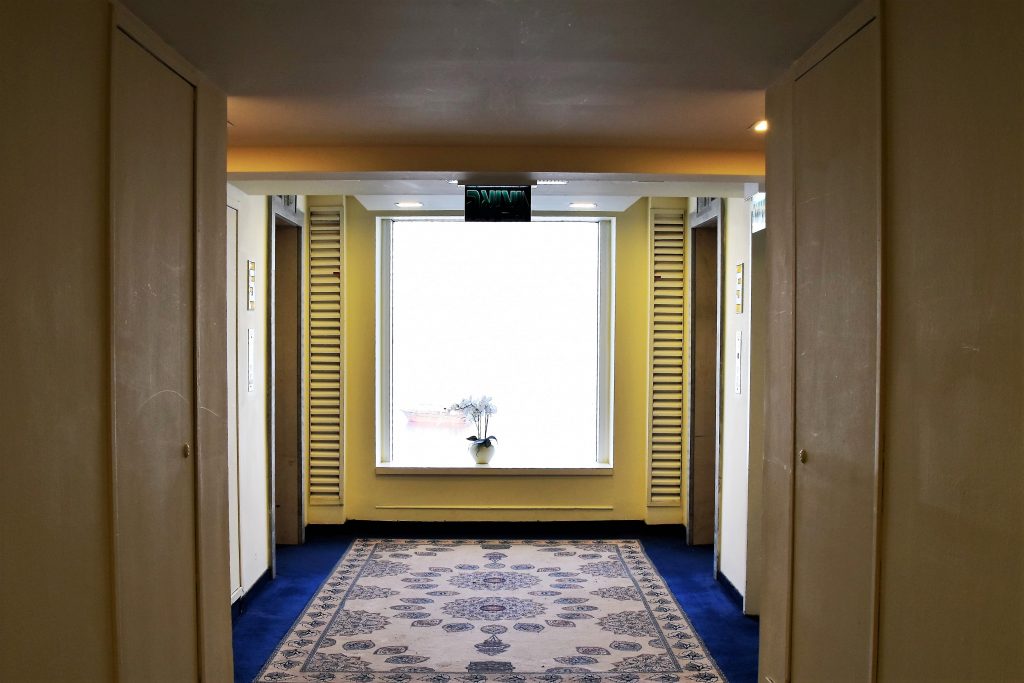