On Isru Chag we visited the Kotel with my father-in-law, who would be returning to the States shortly. As often happens when you’re out and about in Israel, we ran into friends of ours and friends of his at multiple points along the way. We tend to think of synchronicity as an unusual occurrence, but in Israel synchronicities are so commonplace you come to expect them.

And then there really are unusual occurrences. Like when my father-in-law notices a group of Chinese tourists in the plaza before the Kotel, at the flag pole, lining up for a photo. He loves engaging with people, and goes right up to the group, finds several members who speak English, and they start a lively conversation, inviting him to join them for their picture. It’s a Christian group and they tell us how much they love Israel and feel the holiness of the Kotel – and begin a rousing rendition of Hatikvah in Chinese, which draws a bit of a crowd.  It was weird and wonderful, amusing and moving – they sang with joy and pride. The verse from Isaiah sprang to mind:

And I will bring them to My holy mountain and grant them joy in My house of prayer. Their burnt offerings and sacrifices will be accepted on My altar, for My house shall be called a house of prayer for all the nations.

This verse raises questions, though, about the ultimate purpose of the Holy Temple. Isaiah speaks of the Temple in messianic times as a place for both animal sacrifice and prayer.  Today, in an edgy combination of political, halakhic and spiritual self-restraint, we do not permit ourselves to take full possession of the Holy Temple. Would we know what to do with it if we did?

On the one hand, we pray multiple times a day for the restoration of the full sacrificial service in the Temple, including animal sacrifice. On the other hand, some may be sympathetic to a controversial suggestion cleverly hinted at by Maimonides in his Guide of the Perplexed regarding the evolution of spiritual service. He notes that in the ancient world, at the time the Torah was given to Am Yisrael, the adherents of the various religions worshipped through animal sacrifice – killing an animal to release its soul to their presumed deity. The Torah, spiritually-oriented as it is, nonetheless did not require Am Yisrael to abolish this mode of worship. Rather, it redirected it to God and restricted it to one location, the Holy Temple, and one family, the Kohanim, to limit it and encourage the rest of the nation to evolve to a more spiritual relationship with God through prayer. He explains:

His wisdom and clear strategy, manifest in all His creatures, did not decree that we be commanded to leave aside these various forms of service and to nullify them. For at that time such a thing could not be accepted, for it is the nature of mankind to always incline to that to which it is accustomed. It would be similar at that time to if a prophet would come in our time who would call for service of HaShem and say that HaShem has commanded you not to pray to Him and not to fast and not to seek His salvation in a time of trouble, but rather that your service should consist in thought alone without action. Because of this, HaShem allowed the various forms of service to remain and transferred them from being directed towards created beings and imaginings, that have no truth, towards Himself, and commanded that we do them for Him, be He blessed, and commanded us to build a Temple for Him “and make for Me a Holy Temple…”

Maimonides regards the shift in divine service that had occurred historically by his time – from  animal sacrifice to prayer – as part of a divine plan to foster a mode of service more appropriate to the incorporeal spirituality of God. He hints that an even further evolution is on the way, from verbal prayer, fasting and reactive petition in times of danger to a completely and continually meditative service without performative actions at all. In case we were in doubt as to his true intentions, Maimonides provides guidance in basic meditation practice in a later chapter (3:51). To be fair, in his halakhic works Maimonides invests great effort in describing divine service through animal sacrifice in the Temple in fine detail and states that it is to be fully restored in messianic times. Perhaps he envisions all levels of service in effect together — in Judaism we tend to collect, and have a hard time throwing things out.

But all this speculation on what kind of performative Temple service is most spiritually appropriate begs the even deeper question: what is the real purpose of divine service, of whatever kind? In this week’s parashah, the Mishkan is dedicated. Moshe tells the people:

And Moshe said “this is the thing that HaShem has commanded you to do and you will see the Glory of HaShem your God.”

It’s a guarantee that their service will prompt a revelation and sure enough, they do and they see. The Torah describes the climactic moment and the ecstatic reaction of the people:

And fire went forth from before HaShem and consumed on the altar the burnt offering and the fats, and all the people saw and sang out joyfully and fell on their faces.

Rabbi Yaakov ben Asher in his great halakhic code the Tur (Sefer Arba’ah Turim) comments on the daily blessing for the restoration of the Temple service during every Amidah: “Accept, Lord our God, your people Israel and their prayer, and restore the service to the innerness of Your House, and the fire offerings of Israel and their prayers in love receive willingly…” According to the Tur:

“The fire offerings of Israel, etc.,” Even though there is no divine service now, we pray about prayer, which is in place of animal sacrifice, that it be accepted willingly before HaShem. In the midrash Michael, the great angelic prince, offers the souls of the righteous on the altar Above, and on account of this they instituted the phrase “fire offerings of Israel…”

In other words, the service in the earthly Temple, in which an animal soul was offered to God, was itself a metaphor for the real divine service that occurs in the heavenly Temple: offering the souls of Israel to HaShem. For this, prayer is not only an adequate substitute, it is closer to the essential purpose all along. In the parashah this takes on literal meaning in extremis, with the deaths of Nadav and Avihu during the ceremony dedicating the Mishkan. In this coming week we commemorate Yom HaShoah, which takes this extreme meaning … incomprehensibly further…

But offering the soul to God has an everyday dimension as well. Rabbi Yaakov Leiner in his Beit Yosef says that whenever we serve God to the best of our ability, according to our best understanding, whether though animal sacrifice, prayer or deep contemplation, we receive the revelation appropriate to us. (sec. 19).  The essence of all service is expressed in the term וירנו – they sang out joyfully. He proves that this refers to giving yourself to God in the sense of serving Him with all your might in great love, in response to seeing how loved you are by God:

they saw that they can be in relationship with God Who loves them exceedingly and from this great vision they were moved to give all their powers to God, may He be blessed (sec. 22).

The heart of all devotion is giving our soul, the full structure of our consciousness and life, to God. If we learn how to perceive it, we can come to see that at every moment God is showing us His Will and giving us new insight into how we can best serve in every situation (sec. 19). It is a living offering, the fully meaningful life of service in intimate relationship with HaShem.

So it turns out that synchronicity really is the norm, if we know how to perceive it. When we put aside our own purposes and open ourselves to ask what HaShem wants of us in every situation, when we give ourselves to God, He really does show us. Every moment becomes a meaningful meeting, a perfectly-timed encounter, with old friends and new friends, weird and wonderful, sometimes even moving us to sing out in joy. 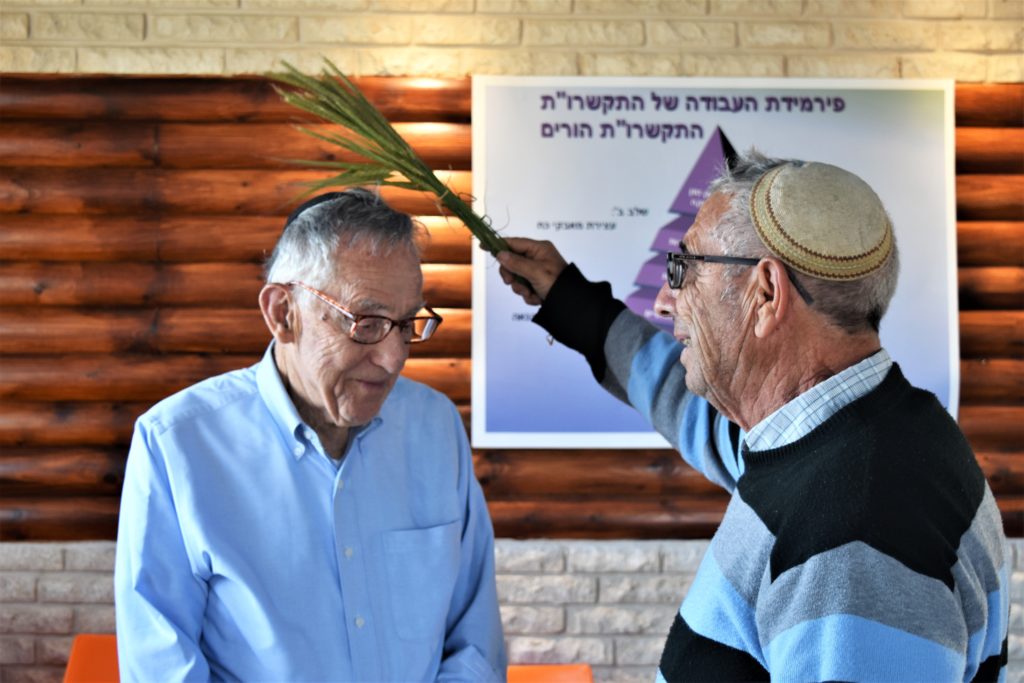 Being blessed to grow like the new crops of the season 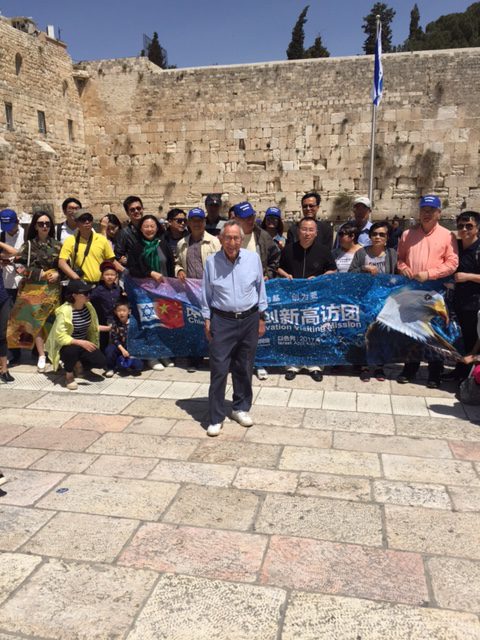 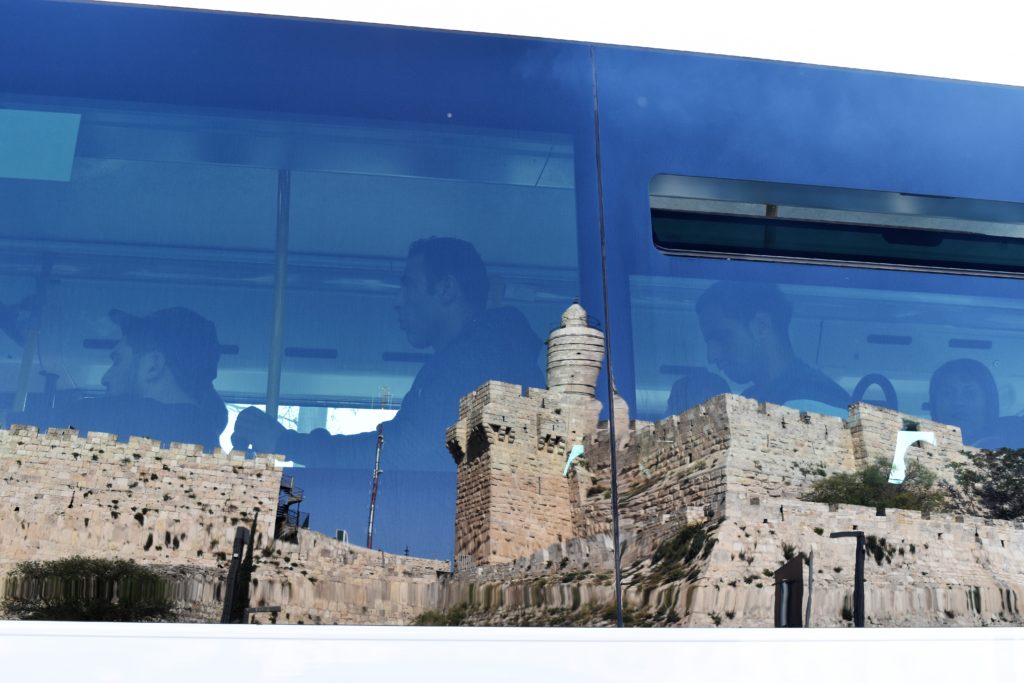