This week’s parashah throws us a series of curves. Yaakov Avinu, about to depart from this world, calls to his sons to gather around him “and I will tell you what will happen to you at the end of days (Gen. 49:1).” But he does not continue with a prediction of the future. Rashi comments “he sought to reveal the end time, but the divine Presence departed from him, so he began to speak of other things.” These “other things” are expressions of what Yaakov wishes for each of his sons – the Torah calls them blessings (49:28), but they’re not all lovely thoughts. In fact, some seem more like curses – such as that given to Shimon and Levi:

Shimon and Levi, brothers, instruments of violence are their weapons. Let my soul not come into their council, let my honor not be united with their assembly. For in their anger they killed a man and by their willfulness they uprooted an ox. Cursed be their anger for it is fierce, and their wrath for it is harsh: I will divide them in Yaakov and scatter them in Israel.

Rashi notes that Yaakov’s criticism of Shimon and Levi alludes to their killing of the residents of Shekhem in the incident with Dina and their role as instigators of the plot against Yosef, as well as the future sins of Zimri, of the tribe of Shimon, and Korach, of Levi. Yaakov’s response is to will that the brothers and their descendants be separated from each other and scattered throughout Israel, which is in fact what happens when the tribes return to settle in Israel. But Rashi adds an insight based on the Midrash Rabbah (99:6) on this verse:

Another reading: you don’t find poor people, scribes and teachers of children except from Shimon, in order that they be scattered, and the tribe of Levi was made to travel around to threshing floors to collect the tithes, so he gave them their dispersion in an honorable way.

Their dispersion is not a punishment and not a curse. It’s a tikkun – a repair, to be done in a way that uses and transforms the character traits of Shimon and Levi for good, for the sake of others and for themselves. They become teachers, sacred craftspeople and sacred public servants for holiness.

Rabbi Yaakov Leiner in Beit Yaakov adds that this is a central Torah principle at work: “sweetening of judgments,” to take a negative or destructive event or harsh personal quality and turn it into positive, fruitful opportunities for love and growth. Shimon and Levi have a “deep foundation that is precious” – their passion and zeal for righteousness and truth – but it needs to be sweetened and directed constructively, and is when they are sent out to serve the community in holiness. From the curse comes a blessing (Vayechi 63).

We experienced this principle at work recently, in a most moving way, at a ceremony for the dedication of a fully-equipped medical van in Bet Shemesh in memory of Ezra Schwartz, may the memory of a holy martyr be a blessing. Ezra was murdered by a Palestinian terrorist two years ago on November 19, while returning to his Yeshiva in Bet Shemesh after doing chessed work in Gush Etzion. One of the first responders to the attack, Rabbi Avraham Kopp, runs an impressive medical support service called Ezrat Achim that, among other services, provides transportation for the sick, the infirm, the elderly, and those with special needs, to get them to hospitals and appointments with physicians. Bet Shemesh is a big and growing city, but not big enough to qualify for its own hospital, so this service is vital to bring residents to hospitals in Jerusalem and Tel Aviv. When Rabbi Kopp learned more about Ezra, who he was and the chessed work he had been doing, he felt deeply moved to honor his memory, and started collecting for a state-of-the-art medical van in Ezra’s name. Last Thursday the van was dedicated, and we joined Ari and Ruth and the Schwartz family in Bet Shemesh, in a good-size gathering that included quite a few Olim from the Young Israel of Sharon, for the ribbon cutting.

Ezra’s murder was tragic and cruel. For his family and all who knew and loved him, the pain does not go away. But the Schwartz family has been heroic in moving forward, with dignity and serious purpose, to find opportunities to honor Ezra’s memory and express his joyful, life-affirming spirit in life-affirming works of chessed and healing. This is the very highest level of tikkun, coming from the deepest strength of character.

This is the legacy of Yaakov Avinu, and the lesson he was imparting to his children at the end of his life. This is why, when Heaven prevents him from giving his sons a prophetic vision of the future, he shifts tactics, and gives them something even more valuable: blessings and teachings for critical self-awareness to help them meet that future with the necessary spiritual resources.

A glorious prophetic vision of Daniel promises that in the end time we will be together once again with all those loved ones who have passed on before us. Until then, the spirit of Ezra Schwartz continues to shine brightly among us, inspiring enduring acts of chessed. His memory truly is for a blessing.

And many who sleep in the dust of the earth shall awaken, these to everlasting life, and those to shame and everlasting disgrace. And the enlightened shall shine like the brightness of the firmament, and they who turn the many to righteousness like the stars for ever and ever. 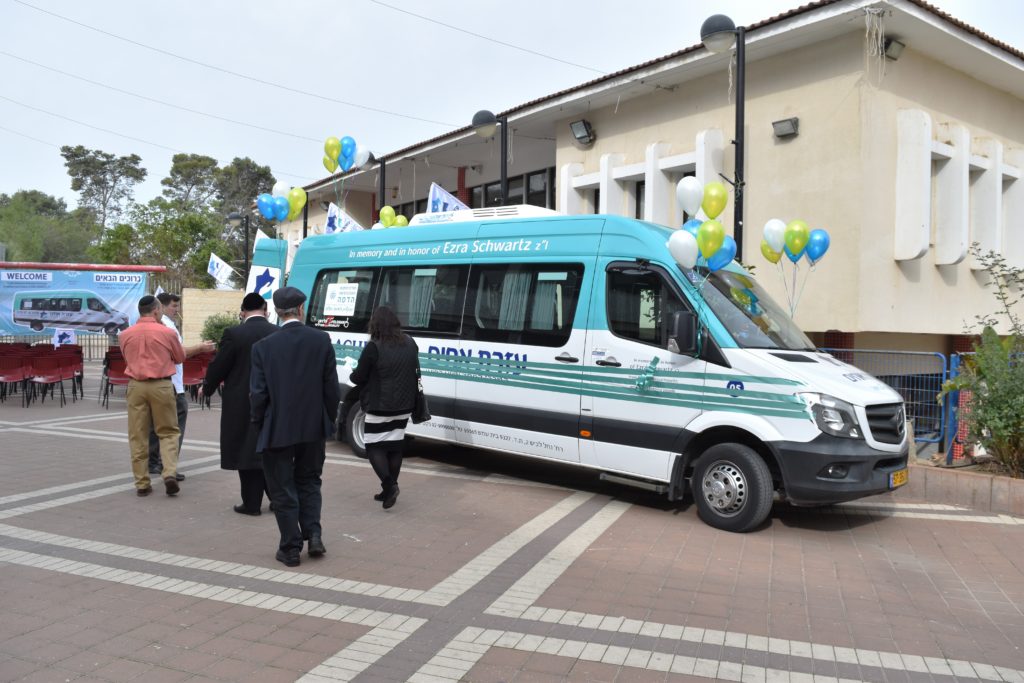 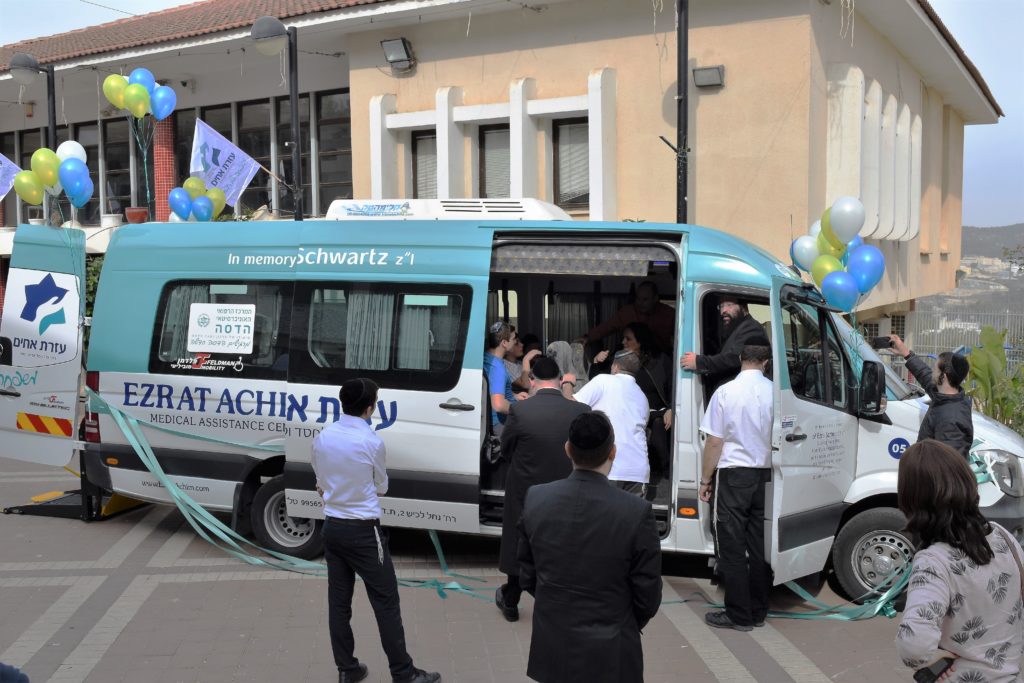 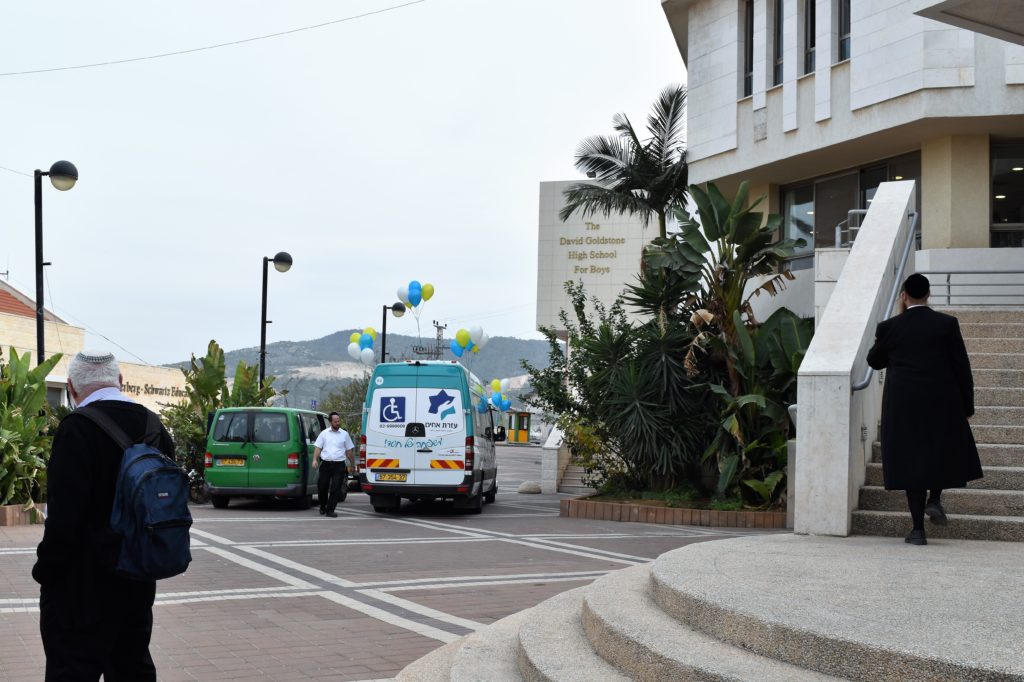