This week’s parashah recounts one of the worst calamities of the wilderness journey of the Jewish people, yet it turns into an opportunity for one of the most vital divine revelations.

The sin of the golden calf was the spiritual low point of the generation of the wilderness. A significant portion of the Jewish people engaged in a form of idolatry while Moshe was receiving the Torah in detail on Mount Sinai. In the course of pleading for forgiveness, Moshe asks HaShem:

Show me, please, Your Glory.

HaShem responds “you cannot see My Face, for a human being cannot see Me and live (Ex. 33: 20).” The revelation of God’s essence, metaphorically called “Face,” would be completely overwhelming for human being. Instead, God offers a revelation of His attributes of action, qualities by which He guides Creation, known as the Thirteen Attributes, including “Almighty, Merciful and Gracious, long in Patience, abundant in Love and Truth; keeping Love for thousands, Forgiving sin and transgression and mistakes, and Absolving… (Ex 34:6-7).”  As the Torah describes it, God placed Moshe in the cleft of a rock, covered him with His Hand and passed by, proclaiming these qualities (Ex. 33:22).  In the Gemara Rosh HaShanah, Rabbi Yochanan notes the striking anthropomorphic description of God in this passage, and builds on it:

“And God passed before him and proclaimed…” Rabbi Yochanan said: if it were not written Scripture it would be impossible to say it. This teaches that the Holy One, blessed be He, was wrapped [in a Tallit] like a prayer leader, and showed Moshe the order of prayer, saying to him: whenever Israel sins, let them do this order before Me, and I will forgive them.

This passage in the Gemara is the basis of the custom to recite the Thirteen Attributes during penitential prayers on fast days, days devoted to repentance, and in many congregations this is recited at every weekday penitential prayer. Rabbi Moshe Alsheikh, the great community Rabbi of Tzfat of the sixteenth century, notes, however, that according to Rabbi Yochanan, God’s statement is not just “let them say this order before Me,” but “let them do this order before Me,” – “it depends not just on saying, but on action. If a person makes his qualities like the qualities of the Holy One, blessed be He, his transgressions will be forgiven.” The Thirteen Attributes are not some kind of magical incantation to curry divine favor. They are a model for moral behavior.

Rabbi Moshe Cordovero, the great teacher of Kabbalah of Tzfat of the same period, explains in his ethical tract Tomer Devorah that when the Torah says that every human being is created “in the image of God (Gen 1:26-27; 5:1),” the main point is that we are created with the ability to emulate God’s attributes of action on our own modest, but still important, level. To imitate God in our ethical behavior in relation to others is one of the mitzvot of the Torah. He proceeds to give examples of how we should treat others with compassion, graciousness, patience, love, truth, forgiveness and other attributes of divine action that are aspects of what the kabbalistic tradition calls Keter, the divine Crown. He notes that the core of our ethical relation to others, that we are responsible for each other’s welfare, is based on our relationship with God, a relationship of intimate connection (ch. 1:4).

In the current global crisis, the coronavirus threatening all humanity, this is a vision we should take to heart. Corona means “crown,” so named because the virus appears to have projections that look like crowns. Nations are struggling to cope with the exponential spread of this potentially deadly virus, trying to put in place and enforce hygiene protocols. One of the few crude but effective tools we have is social distancing, through quarantines and staying in place and refraining from polite physical contact such as handshakes as much as possible. While it’s called social distancing, it is actually the truest form of social closeness on the ethical and spiritual level: we distance ourselves from physical contact as a way of protecting each other and taking responsibility for each other, not to endanger each other. This requires careful and thoughtful behavior. The worst outbreaks of the virus have been due to individuals acting self-centeredly without thinking of others, visiting public spaces, taking public transportation when knowingly infected or breaking quarantine. Such thoughtlessness can be lethal.

Why did Moshe, in the midst of a crisis, in the course of pleading with God to forgive the Israelites, ask to see God’s Glory? He realized that part of the reason the Israelites made the mistake of idolatrous worship was because they did not understand the reality of God clearly enough – and it was his responsibility to teach them. So he asked God for a deeper revelation, and received one – maybe not the one he asked for, but the one they needed: the crowning divine attributes. And he relayed that revelation to us all – to treat each other, all human beings with compassion, graciousness, patience, love, truth, forgiveness, to take responsibility for each other and care for each other. The crisis became an opportunity. For us, too, may this present crisis become an opportunity. We are all in this together, every person on this planet – and not just in our struggle against this virus, but always and everywhere – we’re all in this together. May God protect us, and may we all learn to care for each other and recognize in each other the divine image in which we are all made. 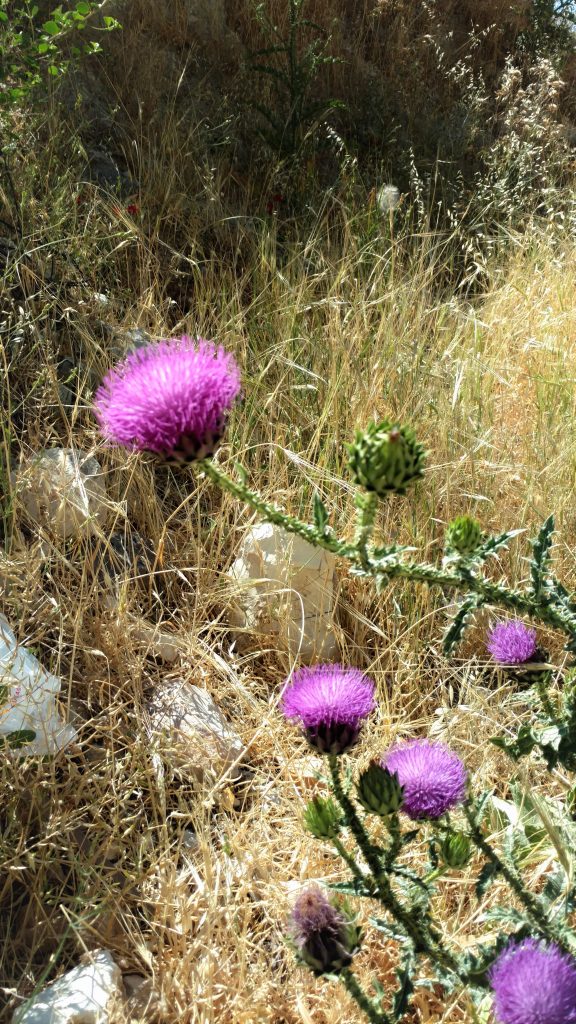