This week I attended the Brit Milah of the grandson of friends that took place in one of the oldest original synagogues of Tzfat, the Beit Knesset Rabbi Yosef Bannai, also called HaTzaddik haLavan, the White Zaddik. Rabbi Yosef Bannai, whose name means “the builder,” was a Tanna of the time of Rabbi Meir, and the synagogue is built over his grave – a bit unusual. The some of the great rabbinic leaders and kabbalists of the sixteenth century attended this synagogue, and it survived the devastating earthquakes of 1759 and 1837 intact. The Shababo family have been the caretakers of the Beit HaKnesset for over four hundred years, generation after generation, a warm and friendly family, and one of their sons is the father of the child. This Kehillah is suffused with Torah tradition and Torah spirit of the Land of Israel. They have certain customs that are unique, including an ancient chant for the cantillation signs for reading the Torah, differing from the Diaspora communities of the Middle East, Europe and North Africa. The Brit Milah ceremony began with spirited singing, and the Mohel performed the mitzvah with a mindful and graceful sure-handedness in total flow with the spirit that swept everyone up.

This way of performing mitzvot is alluded to in this week’s Torah portion. Continuing the commands for supplying the ritual objects and materials for the Mishkan, HaShem says to Moshe:

The command to compound the fragrant sacred oil that is used to anoint and sanctify all the furniture and vessels of the Mishkan, as well as to anoint Aharon and his sons as Kohanim, is introduced with the phrase “And you…” This phrase, addressed to Moshe, is repeated several times throughout the instructions for building the Mishkan. The Zohar notes that it seems to be redundant – the imperatives of those verses are already in second person address. So the Zohar explains that the phrase “And you…” has a special kabbalistic significance:

Rabbi Hiyya said: … “And you: take for yourself the best spices…” all [occurrences of the phrase “and you”] refer to a supernal secret, to include the divine Presence with [Moshe].

Rabbi Yitzhak said: the upper light and the lower light comprised as one are called “And You,” as it says “And You enliven them all (Nehemiah 9:6).”

Rabbi Shimon said: “And you: draw close to you,”  to unify with [Moshe] and draw close to him the secret of the Holy Name as is appropriate. “And you: speak to all those wise of heart (Ex. 28:3),” for all of them did not come to do the work [of building the Mishkan] until the holy spirit spoke within them and whispered to them in a whisper, and only then did they do the work. “And you: command the Children of Israel (Ex. 27:20),” the holy spirit commanded them and enlightened them to do the work with a perfect will. “And you: take for yourself [the best spices],”… all these refer to the work of the Mishkan, that it was all done according to this secret. (Zohar 2:179b)

These three sages of the Zohar differ over what technical kabbalistic aspect or aspects of divine revelation are alluded to in the phrase “and you.” But they are in general agreement that the phrase “and you” means that in the project of building the Mishkan Moshe and the craftspeople did not just build on their own initiative. “And you” implies additional presence – divine Presence. Moshe gave directions in a state of union with the Shekhinah, and the wise craftsmen and craftswomen sensed the direct communication and infusion of holy spirit, and only then did they engage in the work.

This phrase “and you” appears in another pivotal place in the Torah, and the Zohar’s reading here unlocks a deeper meaning. When Avraham is commanded to perform Brit Milah, HaShem says to him:

And you: keep My covenant, you and your offspring after you for their generations.

The phrase “and you” here should signify that Avraham performed the Mitzvah action of Brit Milah in unification with the Holy One, blessed be He, and the Shekhinah, His Presence – the reality of God together with consciousness of God. This is confirmed by the midrashic tradition, and it turns out to be absolutely necessary in order for Avraham to fulfill the Mitzvah of Brit Milah in the first place, to begin the chain of generations of his offspring who will perform this mitzvah as well.

Rabbi Yosef Rosen, the Rogachover Gaon, in his Tzafnat Paneach, asks a sharp question. He notes that the halakhah is that the mitzvah of Brit Milah must be performed by an Israelite. In the case of a convert, it’s done by a Mohel on the authority of the court that is overseeing the conversion. If so, asks Rabbi Rosen, how could Avraham, who was still a Noachite, perform Brit Milah on himself as a mitzvah? Until he is circumcised he is not yet in the category of Israelite, in the sense of being the in category of someone who can perform the mitzvah of Brit Milah. But the only way to get into that category is be circumcised by someone in that category, which he cannot do to himself because he is not in that category. It’s a Catch-22 based on the restrictions of the linear sequence of events. The question is how to bootstrap the system of circumcision for the very first time – and until that’s done, there can be no chain of tradition of Brit Milah for succeeding generations of Israelites.

For an answer, Rabbi Rosen points to a verse and midrash at the end of Parashat Lekh Lekha:

And Avraham was ninety-nine years old when he was circumcised.

In the Midrash Bereshit Rabbah it notes that the verb “was circumcised” is in the passive. The midrash goes on to fill in the story:

[Avraham] said before [God]: “who will circumcise me?” God said “you yourself.” Immediately, Avraham took the knife and was about to cut when he became frightened because he was elderly. What did the Holy One, blessed be He, do? He sent forth His Hand and took hold with him and Avraham was able to cut, as it says … “He established the covenant with him (Nehemiah 9),” teaching that the Holy One, blessed be He, was holding him.

According to Rabbi Rosen, if we were to follow linear temporal sequence, there is no way Avraham can effectively circumcise himself as a mitzvah. But according to the Midrash, God held Avraham’s hand in the act of Brit Milah. God is beyond time and beyond the linear sequence of cause and effect, action and consequence. God operates in eternity. So if God is holding Avraham’s hand through the first Brit Milah, then this mitzvah action is occurring beyond time, beyond linear casual sequence, and the Brit Milah and the category of Israelite occur at once, in the same eternal present, and Avraham can circumcise himself. This is reflected exegetically in the verse from Parashat Lekh Lekhah that says Avraham “was circumcised” in the passive, that is, it was done to him, and in the verse  from Nechemiah that says “He established His covenant with him (Tzafnat Paneah Gen 17:24).”

Clever. But it’s more than clever. Right up front, in the verse in which God calls to Avraham saying “And you: keep My covenant,” God promises that He will perform the Mitzvah with Avraham, inspiring and embracing him in His holy Presence. And this promise extends from this mitzvah to all mitzvot.

At the heart of the tragedy of the sin of the golden calf, the central crisis of the parashah, was the craving for a sense of divine Presence, but those who succumbed to idolatry falsified that presence by substituting a representation. Even according to Rabbi Abraham Ibn Ezra, who suggests that it was not the calf that was worshipped, rather, it was imagined that God “rode” the calf, that, too, is ultimately idolatrous. Rabbi Yehudah ben Barzilai al-Barceloni in his Commentary on Sefer Yezirah [Berlin, 1885, p. 14] says:

Moshe said to Israel “Guard your souls exceedingly well,” meaning, Guard your souls that you not be liable for destruction, that you not think in your souls or your hearts, Heaven forbid, that the Creator has any likeness or image, for if you think at all in this way you deny the essential principle…

The prohibition of idolatry extends to thought and imagination as well. Any image or idea or thought-form we might have of God is, by definition, not God. The Torah calls us, God calls us to be in direct relationship with God, without images or thought-forms.

To have a direct experiential sense of HaShem’s intimate Presence in our lives takes a certain agility of consciousness, to internalize a kind of double-take on our total existence: to realize that we are infinitely and absolutely here yet we are doing nothing at all to make it happen, to realize that God’s Hand, so to speak, holds us securely in everything we do. This is not about having an idea of God or believing in God. Belief is just pretending to know something when you don’t really know it. By contrast, the term Emunah, often mistranslated as “faith” or “belief,” really means steadiness (Ex. 17:12) – being steady in our connection with God, even when it’s not yet clear to us.  Maimonides begins his monumental halakhic code Mishneh Torah saying:

The foundation of foundations and the pillar of wisdoms is to know that there is a First Existent, and He brought into existence every existent, and all existents from heaven and earth and what is between them do not exist except from the reality of His being existent.

The foundational mitzvah of the Torah is to know God, not to believe-in but to know, or at least be on the way towards knowing. In Proverbs it says:

In all your ways know Him, and He will straighten your paths.

Through our full being, in all our ways, we are called to realize we are being held effortlessly in existence – and we are not doing the holding. In this way, without projecting any ideas or images, we sense God’s Presence through ourselves, feeling the embrace and empowerment of the One Who has created us to be who we are, to express His Will through our beneficial involvement in the world.

This is what the life of Torah and Mitzvot is about, and there are times when it comes together clearly, when we can sense HaShem’s Presence among good-hearted people gathered for a precious mitzvah, supporting and encouraging each other to celebrate the arrival of another Jewish soul bringing more of His infinite light into the world. 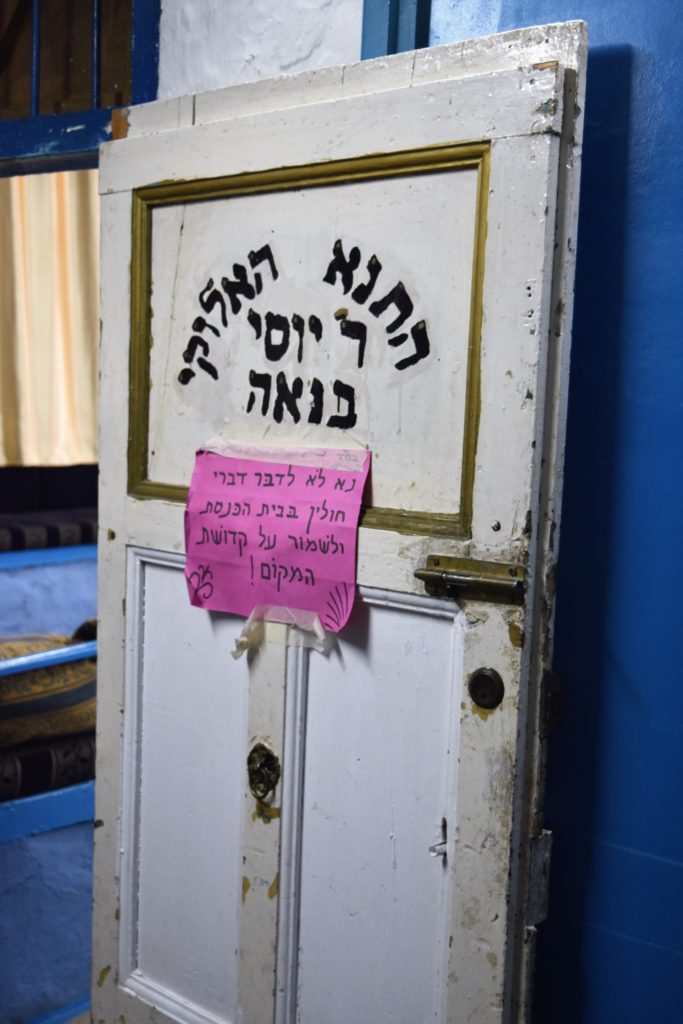 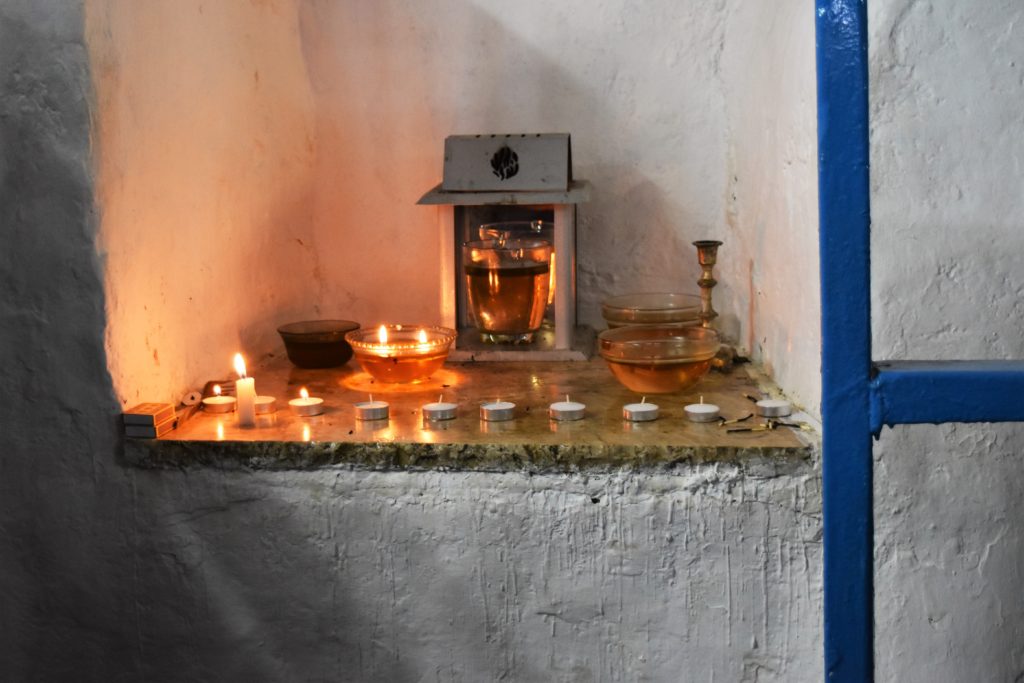