A project called Be Kind received an endorsement recently on an Israel advocacy Facebook feed. It’s a nice idea that developed out of a popular Israeli TV show, משהו קטן וטוב , “Something Small and Good”. A young Israeli printed up cards and distributed them in Israel, encouraging people to be on the lookout for opportunities to help other people they encounter in course of their day. When, for instance, you see an elderly woman struggling to carry groceries, you give her a hand, and then you hand her the card printed with the logo “Be Kind; Something Small and Good.” The card text calls on the recipient to appreciate that someone has just helped her, and encourages her to be on the lookout to help someone else she encounters in the course of her day. So it’s a “pay it forward” scheme. The card concretizes the concept, serves as a reminder and a prompt, and also keeps track of the impact of the project. It was reported that, to date, 50,000 cards are in circulation and cards have turned up in Berlin, in Mexico, and of course, in India.

The promoter of this project says that his goal is to sensitize people to the needs of others and inspire people to do acts of kindness, and this is very worthy. In no way do I intend to disparage this idea; it’s a fine concept, but let me just say that it would be even better if there would be recognition that this is not a novel project for us Jews. This and more is what we are encouraged to do by — the Torah! And not just once as part of a virtuous chain of do-gooders, but always and at all times. In Pirkei Avot Chapter 4, Ben Azzai says:

The pay-it-forward chain works on the personal as well as interpersonal level. Rabbi Matityah ha-Yitzhari, a fifteenth century Sephardic commentator on Avot, explains that this is natural psychology, that the actions we do sensitize us and pattern us to seek similar opportunities and perform similar actions, and create a virtuous chain of Mitzvot. Further, the true reward for a Mitzvah really is always and only a Mitzvah. He comments:

It seems to me that [Ben Azzai] means that a person should not seek a goal for that which itself should be the goal. For it is not fitting to seek a purpose for why it is appropriate to do a good deed, for goodness is the goal, and this is what everyone should yearn for.

This is the overall message of our parsha as well, Parshat Ki Teze. By count, this parsha contains more Mitzvot than any other. It may seem that the parsha is just a leket, a miscellany of Mitzvot, but Rashi makes clear that they are arranged in clusters and patterns, to teach us that virtuous actions draw more virtuous actions, and negative actions draw negative consequences (Dt. 21:11; 22:8).

A Mitzvah is understood to be the unit of divine command. But can the divine Will really be quantified and unitized into limited, discrete commands?  The 613 Mitzvot of Torah are ramified exponentially by rabbinic law. The Tosafists of the twelfth century discovered finer and finer detail in Mitzvot and halakhot. The Hasidei Ashkenaz of the twelfth and thirteenth centuries spoke of Rezon Ha-Borei, the Will of the Creator, a realm of divine imperative that builds upon and goes far beyond the discrete Mitzvot of the Torah, obliging each one of us to apply ourselves with wisdom and insight discover what Ha-Shem wants of us in the actual events of our lives. R. Yaakov Leiner of Iszbicz in Beit Yaakov develops this conception and says: “a person must at every moment look towards HaShem, blessed be He, to discern what His Will is at every instant, which grants him an inheritance without limits (Vol. 1, 229).” The Mitzvot of the Torah are a general outline of the divine Will. Our responsibility does not end with performing a discrete Mitzvah of the Torah. That’s just the beginning.  Our job is to apply the rules and principles and examples of Torah to ask and discern what HaShem wants of us in every encounter, in every situation of our lives, with wisdom and compassion, with nuance and sensitivity, with moral and spiritual maturity.

A friend of ours, Mordy Rosenberg, applies this vision to his everyday business practice. He says that when, for instance, he finds himself in a certain seat on a plane, he considers that HaShem has placed him next to the people in his row for a reason, and he uses the time to find out what connections he can make with them. More often than not, the connections are fruitful.

So yes, pay it forward, but not just in one linear direction. We have an endlessly rich Torah tradition that sensitizes us and encourages to expand our awareness and open our hearts in all dimensions, to all people, all around us, at all times, to be angels of HaShem’s Will for each other. 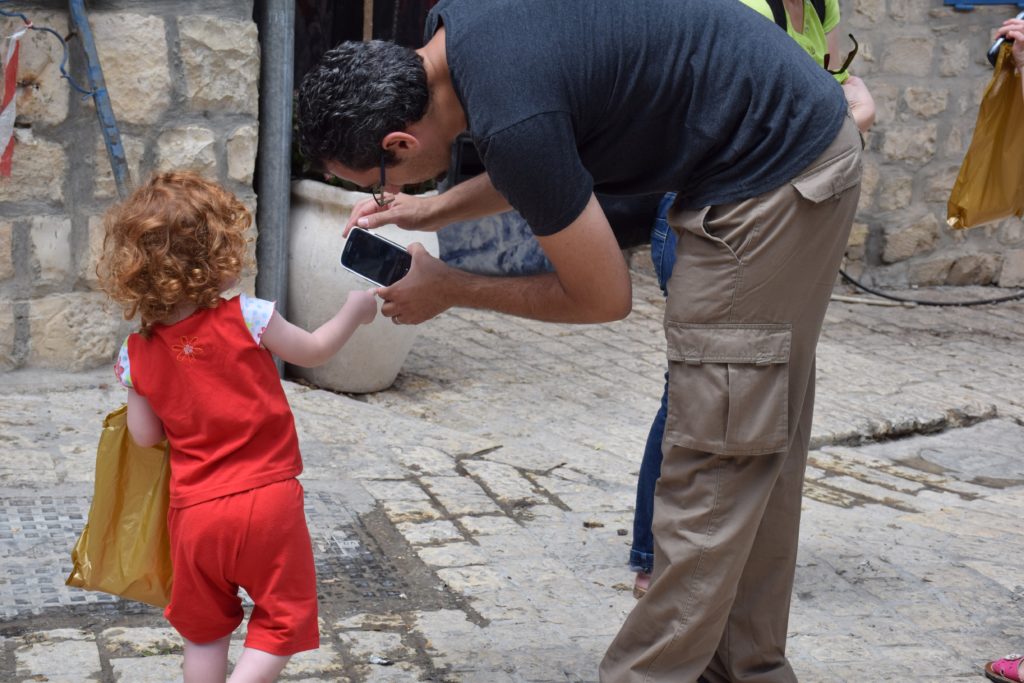 One thought on “A Mitzvah Draws a Mitzvah”