To listen to the class given on Purim Consciousness on March 17, 2019 at Nishmat in Jerusalem, please click on this link. The source sheet can be found here.

Mordechai’s immediate reaction to learning of Haman’s plot to annihilate the Jewish people is challenged by some commentators. The Megillah says:

Mordechai knew everything that occurred and Mordechai ripped his garments and put on sackcloth and ashes and went forth into the city and cried a great and bitter cry.

The commentators understand the sackcloth and ashes as appropriate signs of penitence in response to threatening calamity, but they question his “great and bitter cry.” The midrash Panim Acherim exclaims:

While a loud outcry might be a normal reaction to hearing about such a terrible threat, Mordechai, as a great spiritual leader, is expected to act with full intentionality and awareness at all times, and to remember that “God is close to all who call Him, to all who call Him in truth (Ps 145:18).” He didn’t need to shout to get God’s attention.

Rabbi Moshe Alsheikh defends Mordechai and suggests that his loud cry was not directed to God but to the Jewish people. He shouted to awaken the Jews of his time who were oblivious to what was happening around them. They just wanted to go along and get along, to keep the status quo – even though it was eroding from under them at an alarming pace. Timely!

In a similar vein, we can apply an insight of Rabbi Shalom Noach Berzovsky, z”l, the Slonimer Rebbe, to better understand Mordechai’s cry. In Netivot Shalom on the mitzvah of Tefillah he notes that while desire and passion are God-given qualities, when misused and misdirected they can become destructive. This was what tripped up the Jews of Mordechai’s time, seduced into participating in the licentious party hosted by Achashverosh with which the Megillah opens. The remedy, following a key insight of Rabbi Yisrael Ba’al Shem Tov, is to redirect our passion to HaShem. Rabbi Berzovsky quotes a verse from a poem by Ibn Ezra “to You, God, is my desire, my passion and my love.” In the same vein, the Beit Avraham of Slonim interprets the verse from Tehillim “HaShem, my God, I have cried out to You and You have healed me, (Ps. 30:3)” – that the very crying out to God is the healing. Applying these insights, the Slonimer Rebbe suggests that:

In a condition in which a person has blemished his soul and body, let him cry out to God “my soul thirsts for You, my flesh longs for You,” until his heart and flesh sing to the living God. In a situation in which a person’s sins are engraved more deeply in his bones, let him fulfill “all my bones declare HaShem who is like You?!” And if he is damaged from head to foot, let him fulfill [the passage of the prayer Nishmat] “every eye gazes to You, every knee bends for You, every stature bows before you, and all my inner parts sing to Your Name,” until he cleanses and purifies his qualities and characteristics and desires for HaShem. For when a person pours out his heart like water to Him he purifies his whole body from defilement and spiritual filth. Prayer needs to be like immersion in holy fire, for then if he dealt in the fire of lust he kashers it by flame in the fire of enthusiasm of prayer

The Slonimer Rebbe is creatively applying the central principle of kashrut discussed in this week’s parashah, that the heating method by which a cooking vessel has absorbed a prohibited substance is the way it must be made to expel that substance. If a cooking vessel has absorbed a prohibited substance through the heat of boiling hot water, to expel that substance requires immersing the vessel in boiling hot water. If the vessel absorbed a prohibited substance through heat from a direct flame, such as through roasting or baking, it needs to be kashered by direct, intense heat and flame such as in a self-cleaning oven or kiln or by using a blowtorch. So, too, in a psychological context. If we have absorbed negative passions in the steam heat of desire, the way to expel them is by heartfelt tears and fiery passion of crying out to HaShem in prayer. This is why Mordechai did not just whisper his prayer for help to HaShem but cried a “great and bitter cry” with his whole being to purify himself and awaken Am Yisrael to the need to purify themselves.

Purim this year comes at a time when violence against religious and ethnic groups is breaking out all over the planet with alarming frequency and intensity. A narrative and a politics of resentment that has been used to justify violence in the Middle East and Africa has spread and mutated to justify violence against religious and ethnic groups around the world. This narrative has been brought to Europe and the US and has been adopted by right wing extremists and leftists indoctrinating students on college campuses and now appears in the British Parliament and the U.S. Congress. Israel and the Jews are its original and continual target, but it has sparked horrific violence and murder against Yazidis, Kurds and Christians and has been turned against Muslim groups as well, most recently in the terrible massacre at a mosque in New Zealand. This is not a time for being silent and imagining we can escape trouble (Esther 4:13, 14). It’s time for us all to wake up and recognize the danger of this politics of resentment and its spurious justification of violence, whether it’s physical violence or the violence of demonizing and ostracizing a group or nation. It’s time for honest people of good will of all religions and ethnicities to cry out against this malevolent spirit that has gripped the world – cry out to each other and cry out to God to help us work together to heal our fractured humanity.  Purim is a joyful holy day, but that joy comes only after hard, meaningful effort that “turned agony into joy and mourning to festival (Esther 9:22).”

May we all have a meaningful, joyful Purim!

Shopping is our hard work 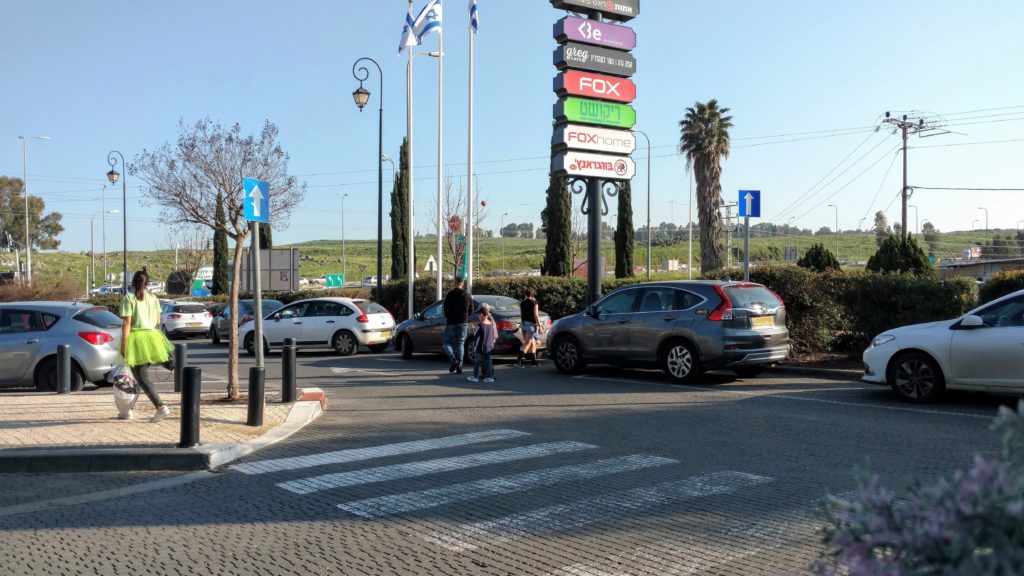